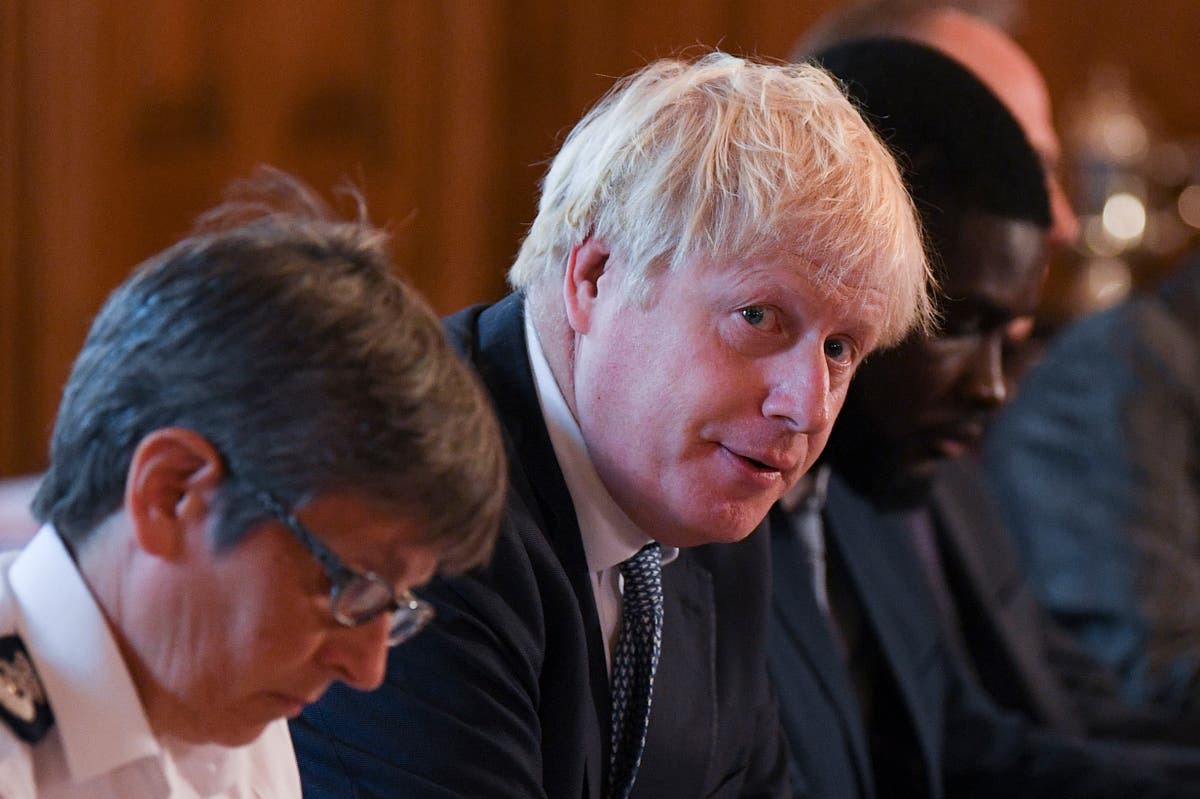 The Prime Minister will chair a meeting of the Government’s Crime and Justice Taskforce to look at what action is needed to protect women and girls.

The Prime Minister is expected to chair a meeting of the Government’s Crime and Justice Taskforce on Monday, with Dame Cressida Dick – who has resisted calls to quit over the events – among the attendees.

In ugly scenes on Saturday, officers clashed with crowds gathered on Clapham Common to remember the 33-year-old marketing executive who went missing while walking home from a friend’s flat on March 3.

Dame Cressida said what happened to Ms Everard made her “more determined, not less” to lead the organisation, and welcomed the Home Secretary’s request for an independent investigation into the events.

Priti Patel, who will be at the meeting on Monday with Justice Secretary Robert Buckland and director of public prosecutions Max Hill, has asked the chief inspector of constabulary to conduct a “lessons learned” review into the police’s actions at the vigil.

The Prime Minister said he was “deeply concerned” about the footage from the event, some of which showed police officers grabbing women and leading them away in handcuffs.

He added: “I have spoken with the Metropolitan Police Commissioner who has committed to reviewing how this was handled, and the Home Secretary has also commissioned HM Inspectorate of Constabulary to conduct a lessons learned review into the policing of the event.

“(On Monday) I will chair a meeting of the Government’s Crime and Justice Taskforce to look at what further action we need to take to protect women and ensure our streets are safe.

“The death of Sarah Everard must unite us in determination to drive out violence against women and girls and make every part of the criminal justice system work to protect and defend them.”

Shadow home secretary Nick Thomas-Symonds criticised the Government for responding with “yet more meetings and another consultation” at a moment when the country is “demanding action to tackle violence against women and girls”.

London mayor Sadiq Khan said he would be asking the Inspectorate of Constabulary and the Independent Office for Police Conduct to look into the events.

And Martin Hewitt, chairman of the National Police Chiefs’ Council, said he would bring together police chiefs on Monday to discuss “what more we can do to better protect women”.

In one video obtained by the PA news agency of Saturday’s vigil, a woman could be seen being shoved forcefully in the back by two officers after being lifted from her knees.

The woman, who has not yet been identified, then tries to bend down near the officers and is shoved back again. She can be heard shouting that she is trying to retrieve her glasses.

Reclaim These Streets had organised the vigil before being forced to cancel following consultation with the Metropolitan Police, which said it would be in breach of coronavirus rules.

Nimco Ali, who is advising the Government on tackling violence against women and girls, compared the force’s behaviour with an abuser.

She told Times Radio: “It does come from a handbook of abusive men, where the fact that you’re constantly blaming the victim for your act of violence.

“So rather than actually taking accountability, it was more like ‘women shouldn’t have turned up’.”

Three of them, a man and two women, were arrested on suspicion of breaching the Health Protection Regulation and have been reported for consideration of a fixed-penalty notice.

A fourth person, a woman in her teens, was arrested on suspicion of a public order offence and has been released under police investigation.

There were fresh protests on Sunday outside Scotland Yard and at Parliament Square, with demonstrators chanting “shame on you” at police.

Officers erected barriers around the Met’s headquarters and the group of protesters, many holding placards aloft, spilled over onto the road next to the River Thames.

Labour leader Sir Keir Starmer said the Commissioner should not quit, but condemned the policing on Saturday as “wrong”. Mr Johnson is understood to have confidence in her.

Dame Cressida said on Sunday: “What happened to Sarah appals me. As you know, I’m the first woman commissioner of the Met, perhaps it appals me, in a way, even more because of that.

“What has happened makes me more determined, not less, to lead my organisation.

“I’ve listened to what people have been saying in the last week, I know that in the streets all across the UK women don’t feel as safe as we would all like women to feel. I am utterly determined.”

She said that “all the women and men of the Met are outraged at what has happened and they’re working as hard as they can to get justice for Sarah”.

“In that context, none of us would have wanted to see the scenes we saw at the end of yesterday’s events.”