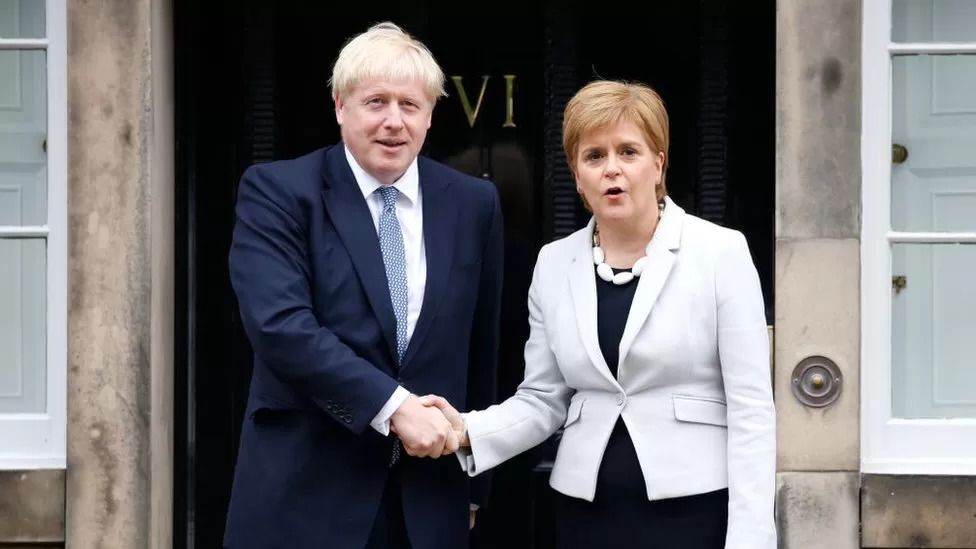 PM agrees to UK-wide talks on cost of living crisis

Boris Johnson has agreed to talks between the UK and devolved governments over the cost of living crisis.
It comes after Scotland's first minister Nicola Sturgeon wrote to him requesting an emergency meeting.

In the letter she told Mr Johnson that only the UK government could access resources "on the scale required".

She said urgent talks with the administrations in Scotland, Wales and Northern Ireland were needed due to the "fast deteriorating" situation.

No date for the discussions has been set.

Mr Johnson has also said that UK ministers had already committed the equivalent of 1.5% of the country's GDP to supporting households with the increasing cost of living.

In his response to Ms Sturgeon's letter, the prime minister said the UK government "understands that people across the UK are worried about the rising cost of living and are seeing their disposable incomes decrease as they spend more on the essentials".

He added: "I agree that the response to these pressures will be best served by the UK and Devolved Governments working collaboratively to navigate these challenges together."

Ms Sturgeon, who is due to meet Mr Johnson before he steps down as PM in September, said in her letter that the Scottish government would invest almost £3bn this year in measures to help address cost of living pressures.

But the first minister warned that action was needed to address "significant gaps in help for households", in particular those on low incomes.

Last week, the Bank of England announced projections that could see inflation rise above 13% in October, while another projection found that the energy price cap could rise to £3,358 annually from October, and could hit £3,615 from January.

The UK government was warned by business leaders that it must have "all hands to the pump" to address the crisis ahead of the autumn.
#Boris Johnson  #Johnson
Add Comment