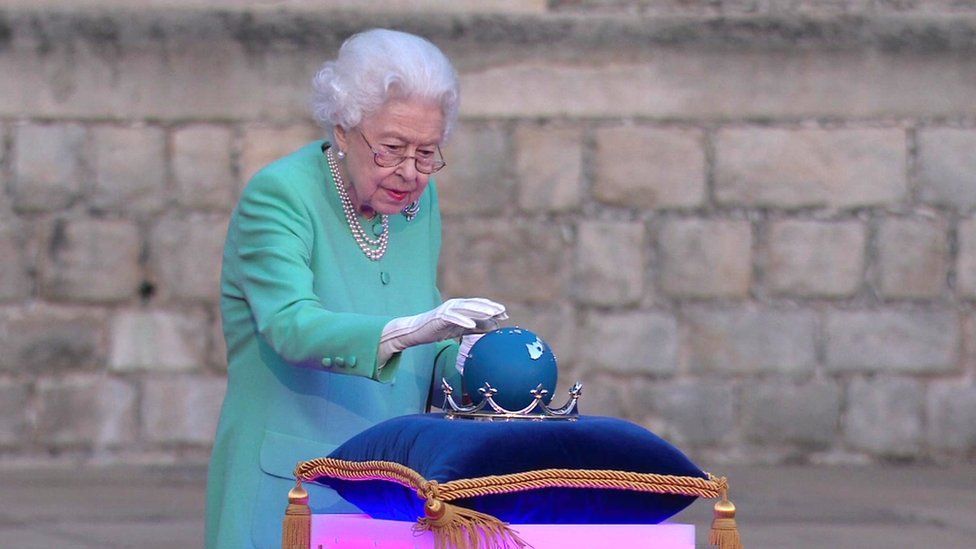 The Queen will not attend Friday's Jubilee service at St Paul's Cathedral after experiencing discomfort while watching Thursday's parade at Buckingham Palace.

The decision was made with "great reluctance" after considering the "journey and activity required", the palace said.

However, she did take part in a beacon lighting ceremony on Thursday evening.

The 96-year-old monarch appeared twice at Buckingham Palace balcony, flanked by other senior royals, as they watched a military parade and waved at thousands of well-wishers gathered on The Mall.

Hours after the ceremony, the palace confirmed she would not attend Friday's thanksgiving service, but said she "would like to thank all those who made today such a memorable occasion".

The next Jubilee event the Queen is due to attend is the derby at Epsom race course on Saturday, although it is yet not known whether she will still appear at the horse race. 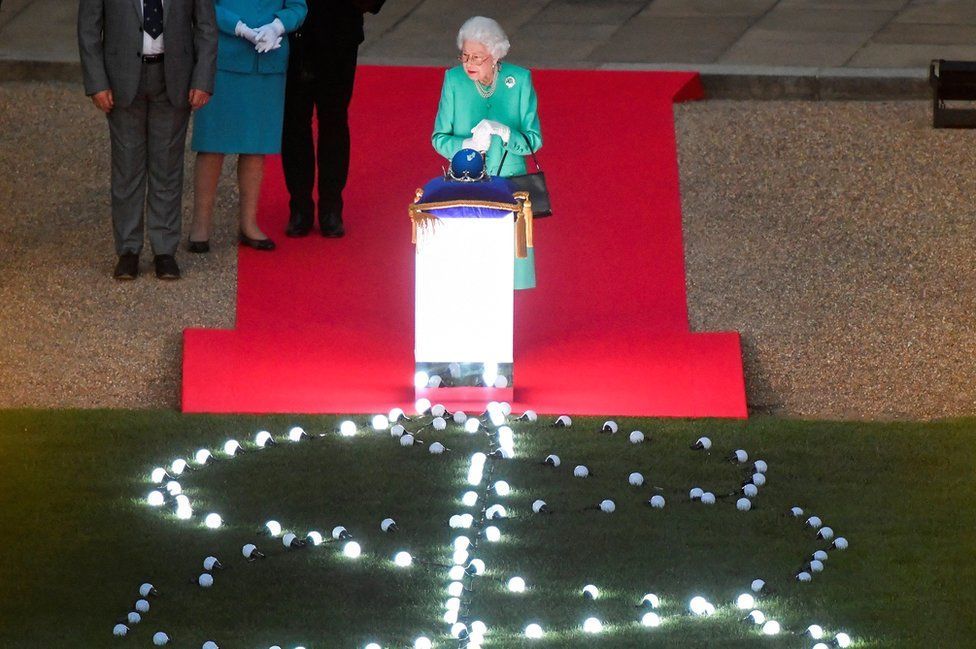 The Queen set off a river of lights which lit the principal beacon, rounding off the first day of celebrations

The service at St Paul's in central London will give thanks for the Queen's seven decades as monarch.

Senior royals including the Prince of Wales, Duchess of Cornwall and the Duke and Duchess of Cambridge will all attend, with Prince Charles officially representing the Queen.

The Duke and Duchess of Sussex - who have flown over from California - will also join. It will be Prince Harry and Meghan's first royal event together since leaving the UK two years ago.

However, Prince Andrew will be absent after testing positive for Covid.

The royals will be joined by more than 400 honours recipients, including NHS and key workers, public servants and representatives from charities and the Armed Forces.

Prime Minister Boris Johnson will give a reading from the New Testament,while the sermon will be given by the Archbishop of York Stephen Cottrell, after Archbishop of CanterburyJustin Welby tested positive for Covid-19.

The largest church bell in the UK, the 16-tonne Great Paul, will ring continuously for four hours after the service. The event begins at 11:30 BST on Friday, with coverage starting on BBC One from 09:15.

Other political attendees will include Labour leader Sir Keir Starmer, cabinet members, former prime ministers and the leaders of the devolved administrations in Scotland, Wales and Northern Ireland.

Young people representing countries where the Queen is head of state will lead an 'Act of Commitment' to celebrate her life and reign.

The head of state illuminated the globe, symbolically sending a chain of lights from her Windsor Castle home to Buckingham Palace, where Prince William watched as a sculpture, the Tree of Trees, was bathed in light.

Thousands of beacons were also lit across the UK and the Commonwealth to mark the Queen's Platinum Jubilee.

Beacons were visible around Scotland to mark the occasion, with tributes being lit at landmarks from Edinburgh Castle to Ben Nevis - Britain's highest mountain.

One of the main flames to be lit in Wales was outside the Pierhead building in Cardiff Bay, where the evening's celebrations were capped with a firework display over the water.

In Northern Ireland, 13 beacons were lit at Enniskillen Castle, while the building was illuminated purple and two beams of light were projected into the night sky. 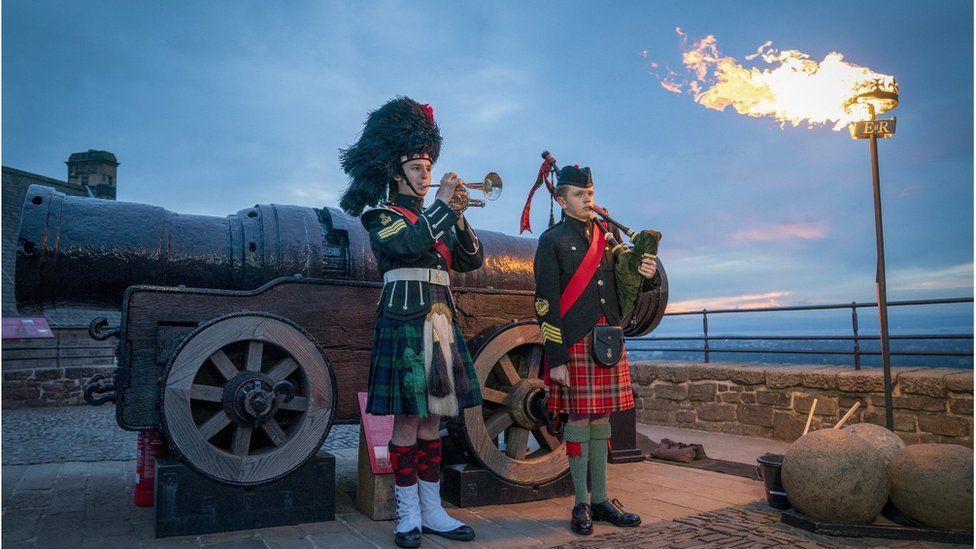 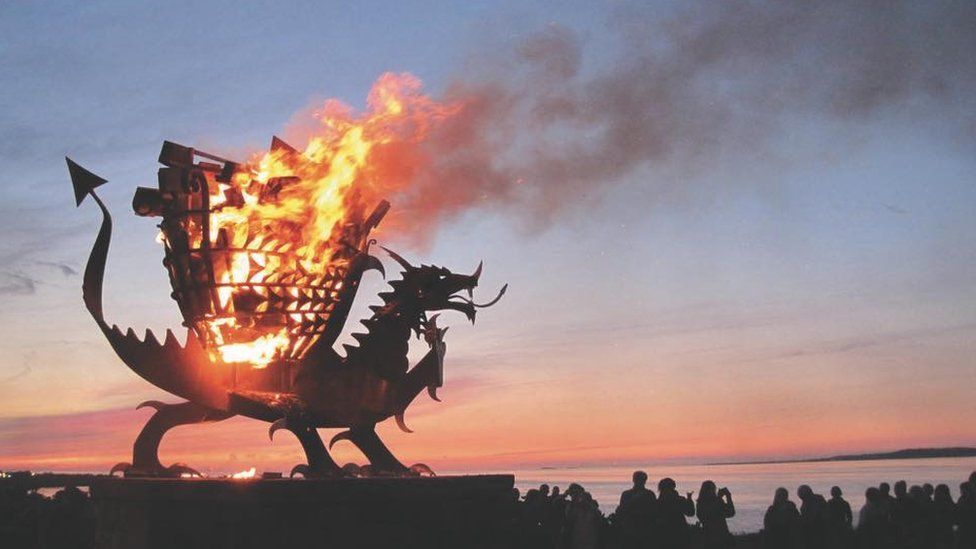 In Wales, a striking dragon-shaped beacon was lit in Bagillt, Flintshire 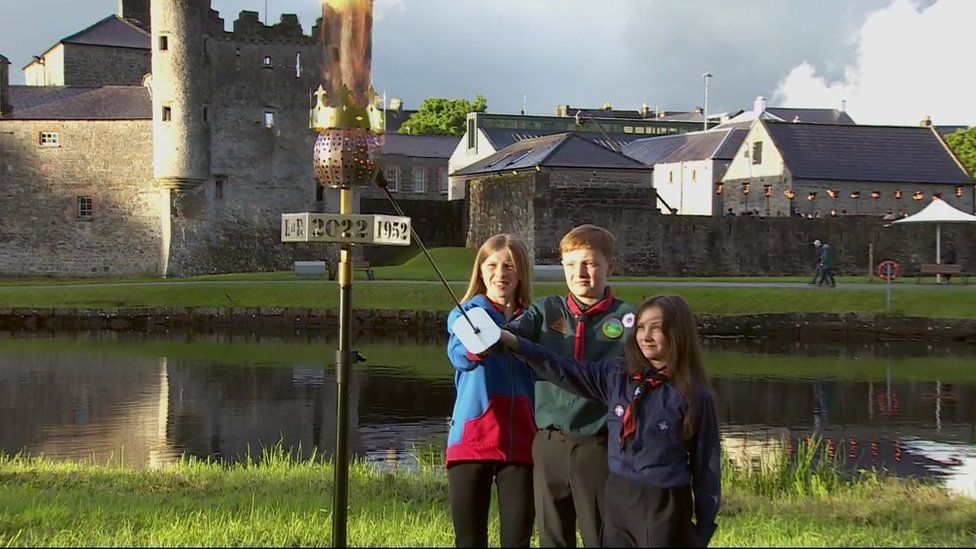 A beacon being lit at Enniskillen Castle in Northern Ireland

The service is not the first engagement the Queen has had to miss in recent months because of health problems.

In May, she missed the State Opening of Parliament because of "episodic mobility problems" and in February she caught Covid, which she said left her feeling "very tired and exhausted". 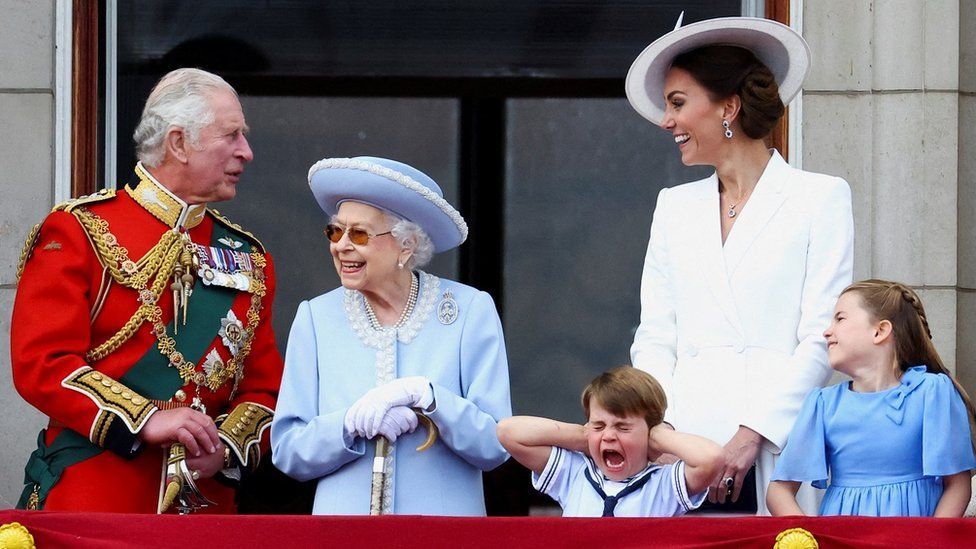 While the Queen seemed delighted, the noise of the 70-aircraft flypast was too much for four-year-old Prince Louis 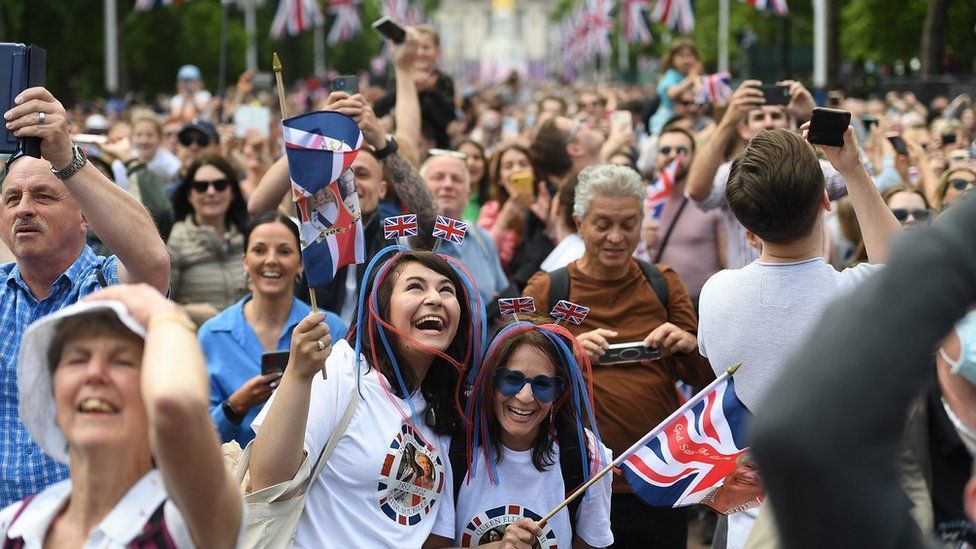 The Queen will have pulled out of the thanksgiving service only with very great regret.

She has a deep religious faith and the service at St Paul's Cathedral would have been one of her highest priorities for the weekend.

It was thought that she was more committed to attending the church service than many of the weekend's events.

But Thursday's exertions have left her suffering from discomfort, with a recurrence of the mobility problems that have caused her to cancel events before.

Now it seems the journey to St Paul's, a procession and the length of the church service have become too difficult.

It's at short notice, with the programme for the church service already printed. So it will leave a real sense of loss to have the Queen, the focal point of the service, no longer attending. 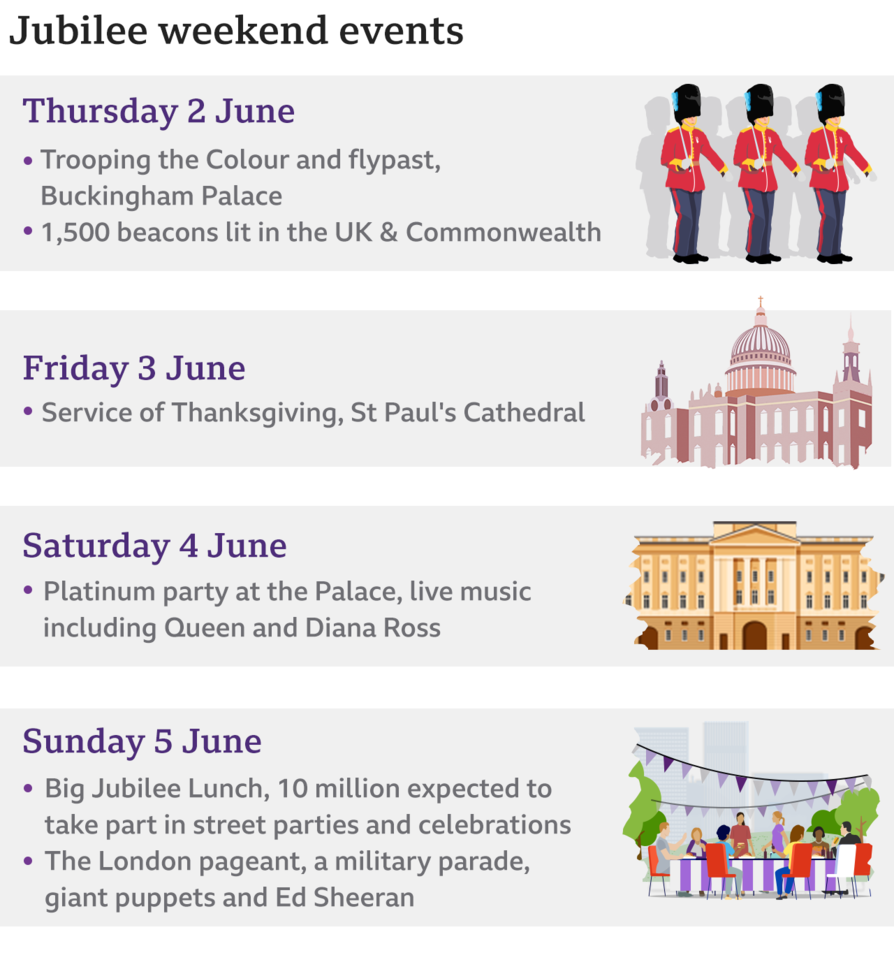