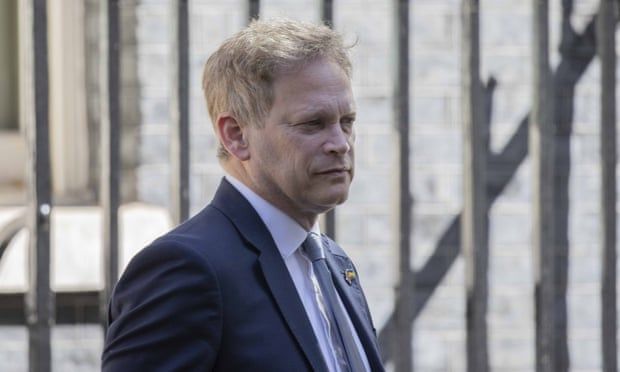 The National Union of Rail, Maritime and Transport Workers (RMT) is balloting 40,000 members on the industrial action, which network sources have reportedly said would create “serious challenges” in keeping goods moving and supermarket shelves stocked.

The vote, which is scheduled to close on Tuesday, includes staff on Network Rail and 15 train operating companies. The RMT said the action was being taken over pay, compulsory redundancies and safety concerns.

The Times has reported that plans under consideration include giving freight trains priority over passenger services. It also refers to senior rail insiders saying there could be times when the tracks were reserved for goods only.

A source quoted by the paper said: “There is an awful lot of work going on behind the scenes including around what the timetable might look like. One option is times of the day when only freight services operate.”

Switching goods from rail to roads is not a solution given the shortage of HGV drivers.

The transport secretary, Grant Shapps, will meet the prime minister and chancellor next week to discuss the threat as fears grown in Whitehall that the action could be worse than the junior doctors’ walkout in 2015, the paper adds.

The RMT has also said it intends to ballot members in Scotland for strike action after what it describes as a derisory 2.2% pay offer and proposed timetable changes that it called a “kick in the teeth” to workers.

The Transport Salaried Staffs’ Association union has warned of summer disruption unless pay disputes are resolved.

The union’s general secretary, Manuel Cortes, said many members had not seen a wage increase for two years.

“If the Department for Transport, train operating companies and Network Rail don’t come forward very soon with proposed pay increases which at least match inflation, a summer of discontent is on the way across our railways,” he said.

The RMT’s general secretary, Mick Lynch, said: “Railway workers have had to contend with pay freezes, the prospect of losing their jobs and repeated attacks on their terms and conditions.

“Removing 2,500 safety-critical jobs from Network Rail will spell disaster for the public, make accidents more likely and will increase the possibility of trains flying off the tracks.”

Tim Shoveller, Network Rail’s regional director, said: “We are disappointed that the RMT has taken this decision and urge them again to work with us, not against us, as we build an affordable railway fit for the future … We would not consider any changes that would make the railway less safe.”

A DfT spokesperson said: “With passenger numbers down and our railways on life-support, we need to act to make them fit for the future. We want a fair deal for staff, passengers and taxpayers so money isn’t taken away from other essential public services like the NHS.

“The unions should talk to us about the proposals before causing irreparable damage to our railways and strikes should be the last resort, not the first.”
Add Comment