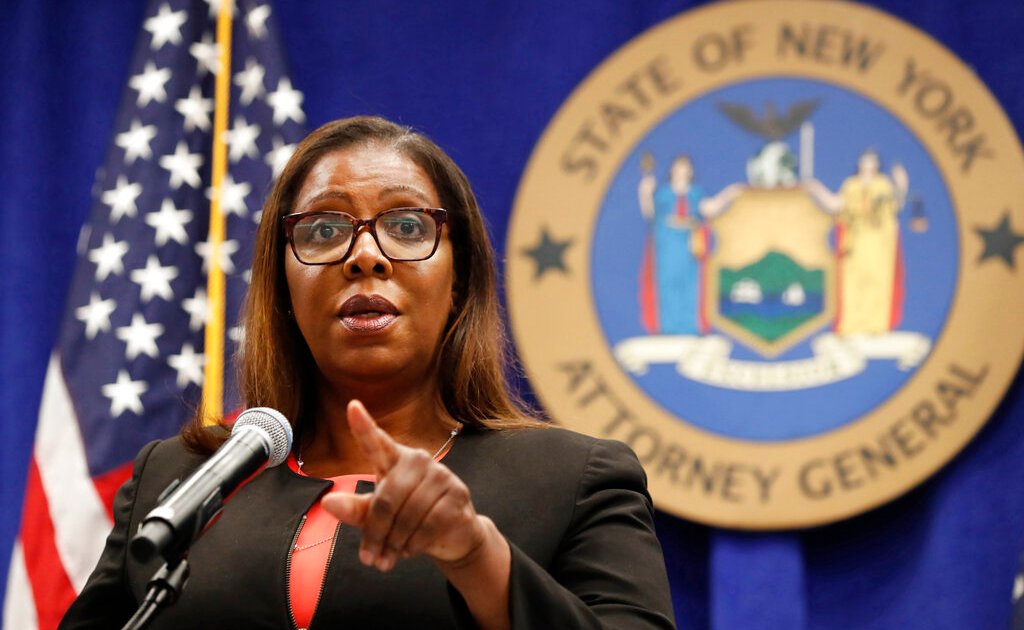 The accusations by Attorney General Letitia James mark a substantial escalation of her civil probe into the Republican leader’s business, the Trump Organization, and the roles of his adult children.

Evidence suggests Trump and the Trump Organization had misstated the value of six properties, including one on Wall Street and golf clubs in Scotland and Westchester County outside New York City, James said in a statement issued late on Tuesday night.

“We have uncovered significant evidence that suggests Donald J Trump and the Trump Organization falsely and fraudulently valued multiple assets and misrepresented those values to financial institutions for economic benefit,” the statement read.

James has been investigating whether real estate values were inflated to obtain bank loans and reduced to lower tax bills. A separate investigation by the Manhattan district attorney is looking at potential criminal violations.

James’s office detailed its findings in a 115-page court filing made public late on Tuesday. Among the documents the attorney general has obtained is an overall analysis of the Trump Organization’s corporate cash flow prepared by its top financial officer, Allen Weisselberg.

The filing described evidence of misstatements to lenders, insurers and the Internal Revenue Service.

Among the inflated values identified in the court document, Trump’s penthouse in Manhattan’s Trump Tower was listed as three times bigger than it actually was, overestimating its value by $200m.

In July, the Trump Organization and Weisselberg pleaded not guilty in a New York court to 15 felony fraud and tax evasion charges. His trial is due to begin in the middle of this year. 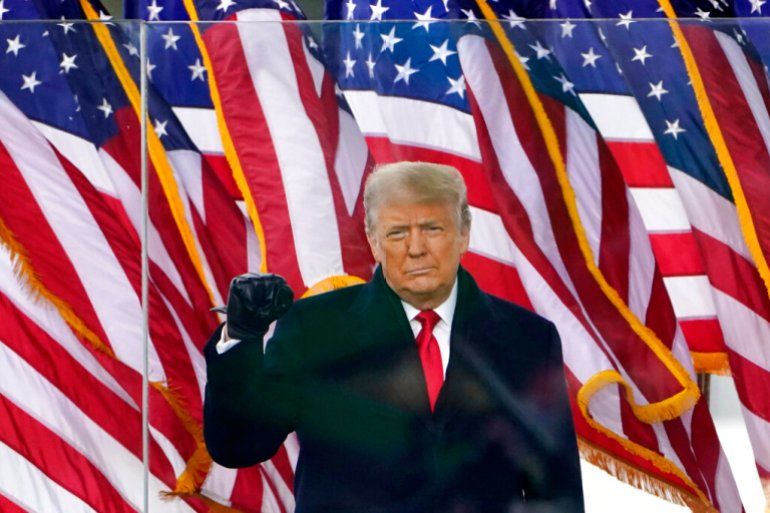 James has subpoenaed Trump and his children Donald Trump Jr and Ivanka Trump to testify under oath in her civil investigation and wants a judge to order the Trumps to testify within 21 days. The family has asked a judge to block the subpoenas. Neither Trump nor his children have been accused of criminal wrongdoing.

“The Trumps must comply with our lawful subpoenas for documents and testimony because no one in this country can pick and choose if and how the law applies to them,” James said.

Trump has called the nearly three-year probe by James, a Democrat, a political “witch-hunt” and has been trying to block the probe in court.

Lawyers for the Trump family have argued that James’s subpoenas are an improper means to gather evidence in the civil probe that could then be used in the criminal probe.

Alan Futerfas, a lawyer for Trump’s children, said in a statement James’s filings did not address her “repeated threats to target the Trump family” and ignore their constitutional rights by conducting overlapping probes, the Reuters news service reported.

Alina Habba, a lawyer for Trump, in a statement, called James’s accusations “merely the latest in a long line of unfounded attacks against my client and an obvious attempt to distract the public from her own inappropriate conduct. Letitia, you are not above the law.”

The Trump Organization in a statement said it will defend against James’s “baseless” charges, accusing her of twisting the facts and misleading the public because she faces “the stark reality that she has no case”.

Last month, Trump sued James in a federal court in Albany, the capital of New York state, to halt her civil probe, calling it a means to harass and intimidate a political opponent.

Eric Trump, another of Trump’s adult sons, testified under oath in James’s civil probe in October 2020, and according to her invoked his constitutional right not to incriminate himself more than 500 times in six hours.

The former president, who has refused to acknowledge defeat in the 2020 presidential election, is facing pressure from several legal probes.

In Washington, DC, he is trying to prevent a congressional probe into the January 6 Capitol riot from accessing White House records related to that day.

Trump was also questioned for more than four hours in October as part of a lawsuit by a group of protesters who allege that his security guards assaulted them six years ago.

He is also battling to prevent years of his tax returns from being released to prosecutors.