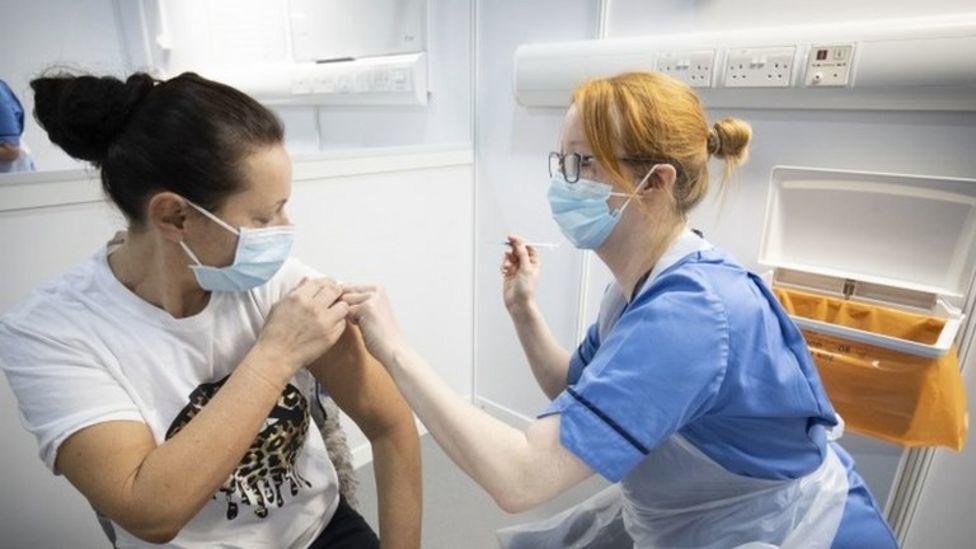 Nurses are well-paid for the job, says health minister

A health minister has defended the proposed 1% pay rise for NHS staff in England, saying "nurses are well-paid for the job".

Lord Bethell praised the "heroics" of health workers during the pandemic, but said they had secure jobs that many people would "envy".

He was responding to opposition calls for the government to rethink its "miserly" 1% pay offer.

Labour peer Lord McNicol said it was a "kick in the teeth" for NHS workers.

Lib Dem peer Lord Willis said it amounted to a pay cut - and the government should instead give staff a "substantial bonus" before negotiating a "fair" pay deal.

Lord Bethell insisted it was not a pay cut, but added: "There are millions of people out of work out of the back of this pandemic.

"There are lots of people who have had an extremely tough time and who face a period of unemployment. Nurses are well-paid for the job. They have a secure job and they have other benefits.

"There are many people in this country who look upon professional jobs within the NHS with some envy and we shouldn't forget the fact that some public sector jobs are, in fact, extremely well-paid."

What do NHS workers in England earn?

*  The starting salary for most newly-qualified nurses is £24,907

*  Staff in "high-cost areas", such as London, get extra payments

Ministers will make their final decision on NHS

pay for 2021/22 in May, after an independent panel makes it final recommendation.

Lord Bethell rejected calls for the government to change the evidence it had given to the panel and recommend a higher pay settlement, saying "affordability" remained the "key challenge".

He also rejected claims the pay proposal would harm recruitment, saying "there is a long queue of people" who want to train for nursing and other NHS jobs, because "they are rewarding in many different ways".

Prime Minister Boris Johnson has also defended the 1% rise, saying it was as much as the government could afford "at the present time" and NHS staff had been exempted from a public sector pay freeze.

Nurses have described the offer as "insulting", with unions threatening strike action and warning that the "pitiful" rise may lead staff to quit their jobs - worsening staffing issues in the health service. 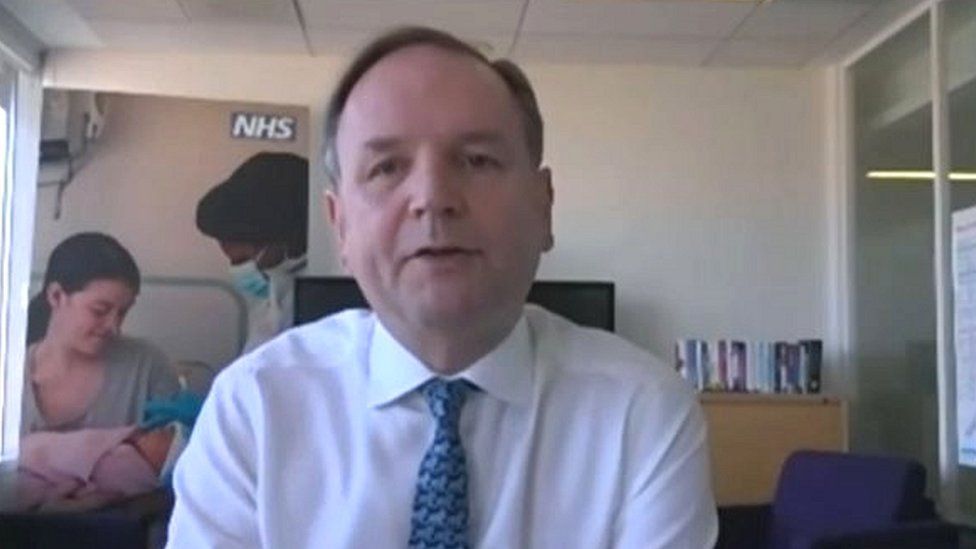 He added: "You would expect the head of the health service to want to see properly rewarded NHS staff, particularly given everything that the service has been through over the course of the last year.

"And so I think the right way to resolve this is the path the government has actually set out, which is to ask the independent pay review bodies to look at all of the evidence."

Shadow health secretary Jonathan Ashworth said: "The head of the NHS has confirmed what we already knew: the Conservatives have broken their promise to the NHS and are cutting nurses' pay."

He told an audience at the IPPR think tank that the 1% pay award was "morally obnoxious" and was "only going to exacerbate the under-staffing issues we have in the NHS".

Some Conservative MPs are calling for a one-off bonus, of the kind offered to NHS staff in Scotland and Northern Ireland, as a "thank you" for their efforts during the pandemic.

Asked about this idea, Sir Simon said: "That's a discussion to be had in the round, whether that or whether underlying other action is the right approach, obviously we can see the attractions of that but that might not be the only answer."

The NHS in Scotland, Wales and Northern Ireland is run by the devolved administrations.

The Scottish government has announced that 2021-22 pay negotiations will be delayed until the summer - staff have been given an "interim" pay rise of 1%, which will form part of the new settlement.

NHS workers in Northern Ireland were promised a one-off £500 "special recognition" payment in January; and the Welsh government has said it will not set a "ceiling" of 1% on NHS pay rises for 2021-22.