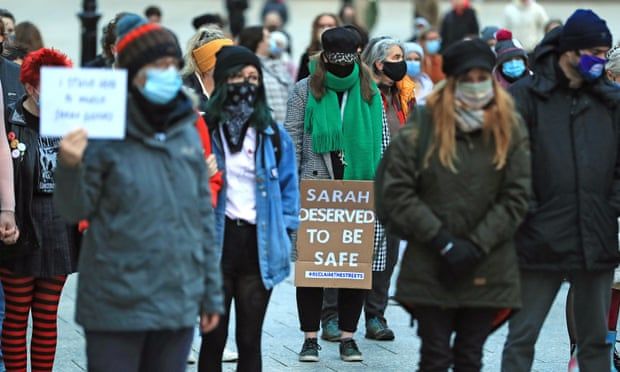 The women behind the UK’s first pilot project to treat misogyny as a hate crime have welcomed as “a major victory” the news that the government is to require police forces across England and Wales to collect data on crimes apparently motivated by hostility towards women.

The story of how Nottingham police force’s pioneering scheme generated a UK-wide movement – and secured this success the week after a national outpouring about epidemic levels of street harassment – bridges community activism, institutional openness and the power of women educating men about their everyday experiences.

It began at a packed meeting room in Nottingham Trent University in 2015. Hundreds of local officials, community leaders and members of the public had gathered for the launch of a hate crime commission, set up by Nottingham Citizens, part of the civil society alliance Citizens UK. Mel Jeffs, then manager of Nottingham Women’s Centre, remembers discussing the different forms of hate that would be examined: racism, homophobia, disability hate crime and so on.

“I suddenly found myself saying ‘what about women?’” she recalls. “What about all the things that women experience simply because they are women: being threatened, touched, stalked, whistled and generally made to feel uncomfortable in public spaces. We had learnt to accept this as part and parcel of womanhood – but maybe we didn’t need to? Surely this should be part of the hate crime spectrum too?”

A year later, under the direction of the then police chief Sue Fish, Nottinghamshire became the first force in the UK to record public harassment of women – such as groping, using explicit language, or taking unwanted photographs – as well as more serious offences such as assault as a potential misogyny hate crime. It allowed the force to chart the scale of the problem for the first time and tailor their responses.

Since the pilot began, there has been a 25% increase in reporting, and in the first two years 265 misogyny hate crimes were recorded. An evaluation of the scheme by researchers from Nottingham and Nottingham Trent universities in 2018 found that 75% of those who reported incidents had a positive experience, although harassment of women and girls particularly from black and minority ethic groups in public spaces across the city remained endemic, with nine out of 10 respondents either having experienced or witnessed it.

Initially belittled as “arrests for wolf-whistling”, Fish was refreshingly blunt when she first spoke to the Guardian about the pilot in 2016. “Some trivialise it and say: ‘Oh, so I can’t chat up a woman now.’ But I think there’s a significant difference between ‘Can I buy you a drink?’ and ‘Do you want some cock?’ This is about the unacceptable abuse of women because they are women and it has to stop.”

Reflecting on the scheme now, Fish remembers women saying they felt proud to be from Nottingham. “What we heard in feedback from women’s centre was that women walked taller, they had their heads held high, their shoulders back, it was very physical. As opposed to what we’ve heard very viscerally [since the Sarah Everard killing] about how women make themselves smaller and less visible.”

There was also training for more than 2,000 officers and call handlers, much of it done by Martha Jephcott, cofounder of the women’s group Love and Power: “I remember I made a slide of all the different things women did to make themselves safe, walking in the middle of the road, keys through the knuckles; obviously the people I was training were predominantly men and at the beginning it was so obvious to me, but I had to get them to see it.” 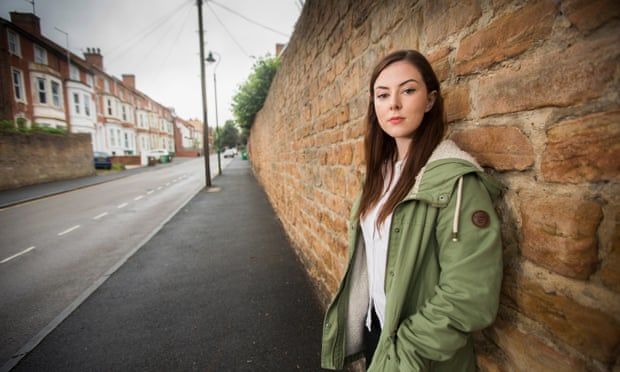 Martha Jephcott: ‘It was a whole city thing’.

“It was genuinely incredible what happened,” she recalls. “Women didn’t think they were going to experience these things less but there was a sense that ‘nobody’s going to blame me for going to the shops at 11pm’. It was a whole city thing – the uni, the women’s centre, everyone was coming together to make this work”.

Fish retired four years ago and has continued to work with other grassroots groups and Citizens UK as the momentum built, 10 other police forces introduced similar schemes and the Labour MP Stella Creasey championed legislative change.

The new data collected by forces will feed into Law Commission proposals that misogyny should be considered a hate crime. Meanwhile, in Scotland Lady Helena Kennedy QC is heading up a working group to consider a standalone offence to tackle misogynist abuse.

What are the lessons from those early years in Nottingham? “Train officers and keep talking about it,” says Fish. “You have to keep the conversation going. Talk about the successes, continue to remind officers what they can do to be even better. You have to unrelenting about that.”