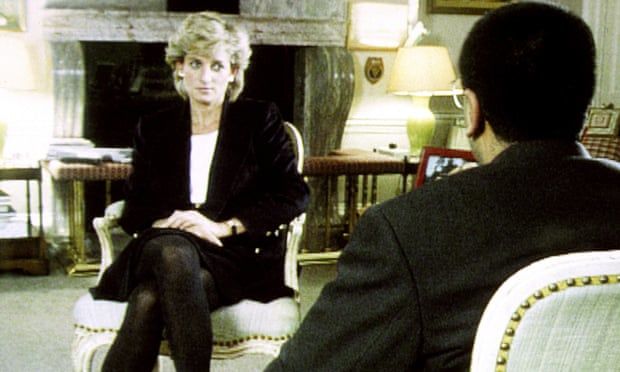 Met makes announcement after looking at Lord Dyson’s report into 1995 interview with royal
The Metropolitan police will not launch a criminal investigation into the then BBC journalist Martin Bashir’s 1995 interview with Diana, Princess of Wales, the force has announced.

The decision was made after examining Lord Dyson’s report into the controversial documentary, which found Bashir had acted in a “deceitful” manner by commissioning fake bank statements to get the interview, and which criticised the BBC’s internal investigation into the matter.

Scotland Yard said in March it would not launch a criminal investigation, but said that it has since assessed the contents of the 127-page independent report by the former supreme court judge John Dyson, published two months later.

In a statement on Wednesday, the force said: “In March 2021, the Metropolitan Police Service determined it was not appropriate to begin a criminal investigation into allegations of unlawful activity in connection with a documentary broadcast in 1995.

“Following the publication of Lord Dyson’s report in May, specialist detectives assessed its contents and looked carefully at the law, once again obtaining independent legal advice from Treasury Counsel as well as consulting with the Crown Prosecution Service.

“As a result, the MPS has not identified evidence of activity that constituted a criminal offence and will therefore be taking no further action.”

The Dyson report found that Bashir had engaged in “deceitful behaviour” by commissioning the fake bank statement, which was a “serious breach” of the BBC’s editorial guidelines. He showed the fake documents to Earl Spencer, to gain his trust so he would introduce Bashir to his sister, the report found. By gaining access to Diana in this way, Bashir was then able to persuade her to agree to give the interview.

The report also criticised the conduct of Tony Hall, the corporation’s former director general, who was accused of overseeing a flawed and “woefully ineffective” internal investigation into the issue. As the then head of BBC News, Hall was aware Bashir had told “serious and unexplained lies” about what he had done to land the world-exclusive interview.

When other media began asking questions about how the BBC had managed to persuade the princess to speak, Dyson said the corporation “covered up in its press logs” what it knew.

The report concluded: “Without justification, the BBC fell short of the high standards of integrity and transparency which are its hallmark.”

A 1995 letter from Princess Diana, published as evidence, said she had “no regrets” concerning the matter.

The interview with Bashir for Panorama was a huge scoop for the BBC. In it, the princess famously said: “There were three of us in this marriage.”

The Duke of Cambridge and the Duke of Sussex both issued strongly worded statements after the publication of the report. William and Harry condemned the BBC for its treatment of their mother, saying the interview fuelled her “fear, paranoia and isolation” and a wider “culture of exploitation and unethical practices ultimately took her life”.

Hall later said he was “deeply sorry” for the “hurt” caused by the interview scandal, but denied there had been a “BBC cover-up”. The corporation has also since apologised to the whistleblower who tried to expose Bashir’s methods. The graphic designer Matt Wiessler was sidelined by the corporation after raising concerns that fake bank statements he mocked up for Bashir had been used by the journalist to persuade Diana to do the interview.

In a statement after the report’s publication, Bashir said: “I reiterate that the bank statements had no bearing whatsoever on the personal choice by Princess Diana to take part in the interview.”
Add Comment