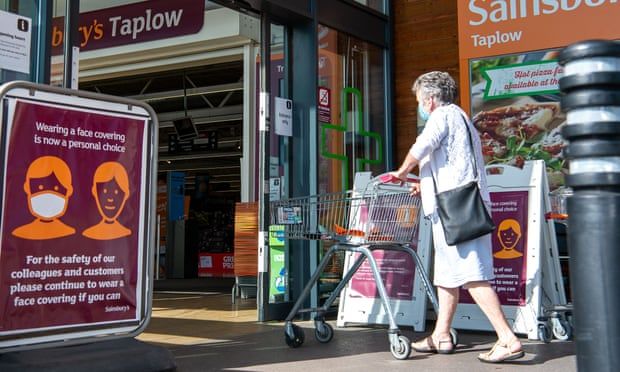 No 10 accused of sidelining behaviour experts on latest Covid measures

Exclusive: SPI-B scientists warn of lack of independent advice at a time when social norms are replacing laws

Senior scientific advisers have publicly accused the government of sidelining behavioural experts and appearing unwilling to listen to “uncomfortable truths” on vaccine passports and masks during the pandemic.

The scientists told the Guardian that their input to the Scientific Advisory Group for Emergencies (Sage) was apparently no longer wanted owing to the expansion of in-house expertise.

They also warned of an absence of independent advice at a time when the virus’s spread depends largely on individual behaviour and social norms rather than laws.

The intervention comes as ministers face criticism for mixed public health messaging on face coverings – including the new cabinet meeting maskless in a packed room on Friday – and a U-turn on vaccine passports in England, while Scotland and Wales press ahead.

Prof Robert West, a behavioural scientist at University College London who participates in Sage’s behavioural science subgroup, SPI-B, said that while the committee had not been formally stood down, he had the “strong impression it is no longer functioning”. “The sense I have is that there’s just no interest in evidence or science on the behavioural side,” he said.

Prof Stephen Reicher, also a SPI-B participant and a psychologist at the University of St Andrews, said: “I very much welcome the expansion of in-house behavioural science advice but … you want people who can speak uncomfortable truths and it’s very difficult to do that when your job depends on it.”

Reicher said the experts’ input appeared to have been phased out at a critical juncture, when the trajectory of hospitalisations and deaths hinges largely on individual behaviours. 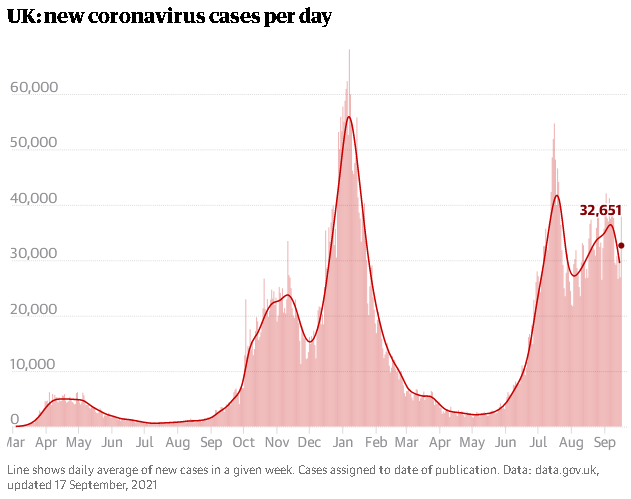 This week England’s chief medical officer, Prof Chris Whitty, warned of a difficult winter ahead, saying: “Anybody who believes that the big risk of Covid is now all in the past … has not understood where we’re going.” He urged people to maintain cautious behaviours such as mask-wearing.

The same day, 27 ministers were pictured without masks at a meeting of Boris Johnson’s cabinet, prompting claims of “one rule for them”. The cabinet met again without masks on Friday.

On Sunday ministers announced they would shelve immediate plans for vaccine passports, previously due to be brought in from the end of September, while Wales and Scotland are introducing the measure for nightclubs and large events from next month.

Reicher said: “As we segue away from restrictions and say ‘it’s up to you’, the behavioural issues become absolutely critical. We’ve got the vaccines now. But vaccines are no good if people don’t get vaccinated.”

During the first year of the pandemic, SPI-B provided regular input on issues ranging from the likelihood of behavioural fatigue and public unrest to attitudes on vaccination. But during the past six months its activity has tailed off, with the most recent published evidence being a report dating to April.

Scientists said their offers to provide advice on the role of incentives in the vaccination programme had been declined on the basis that Public Health England and the government had recruited in-house behavioural experts. At the last full SPI-B meeting, in June, participants were told there would no longer be regular meetings.

Prof Susan Michie, the director of the Centre for Behaviour Change at University College London and another SPI-B participant, said: “Sage and many others are predicting rising rates of Covid and other respiratory viruses and serious NHS pressures, and there is considerable uncertainty [about] the scale of the problems we are going to see over the winter. Sage has pointed out that what happens will depend to a considerable extent on people’s behaviour.

“Now is not the time to lose independent behavioural scientific advice to government, whether or not they choose to use it.”

Some participants said the shift towards in-house expertise simply reflected an inevitable – and desirable – transition out of the emergency phase of the pandemic. They highlighted that subgroups, focused on specific questions, had continued to meet, including as recently as 13 September.

Prof James Rubin, a former chair of SPI-B and a psychologist at King’s College London, said: “In my view, it would be odd if a group intended to provide rapid advice as an emergency measure was still the primary way the government was getting behavioural science input 18 months down the line.”

Others suggested that the shift had been more intentional. West said: “People on SPI-B would speak out in the media and tweet. Why have that little irritation out there if you don’t have to?”

West said independent advice could be critical for understanding complex social issues such as vaccine hesitancy and how government messaging would be likely to influence behaviour.

Prof John Drury, a social psychologist at Sussex University and a SPI-B member, speaking in a personal capacity, welcomed the hiring of more psychologists by Public Health England (PHE), who he said were producing excellent research. But he added that SPI-B participants tended to be senior academics, who could also speak more freely on some issues. “They are independent in a way that PHE psychologists – who must sign the civil servants’ code – cannot be,” he said.

A government spokesperson said: “Expert advice on behavioural science remains central to government policy and SPI-B are currently working on independent advice that is informing our handling of the pandemic.”