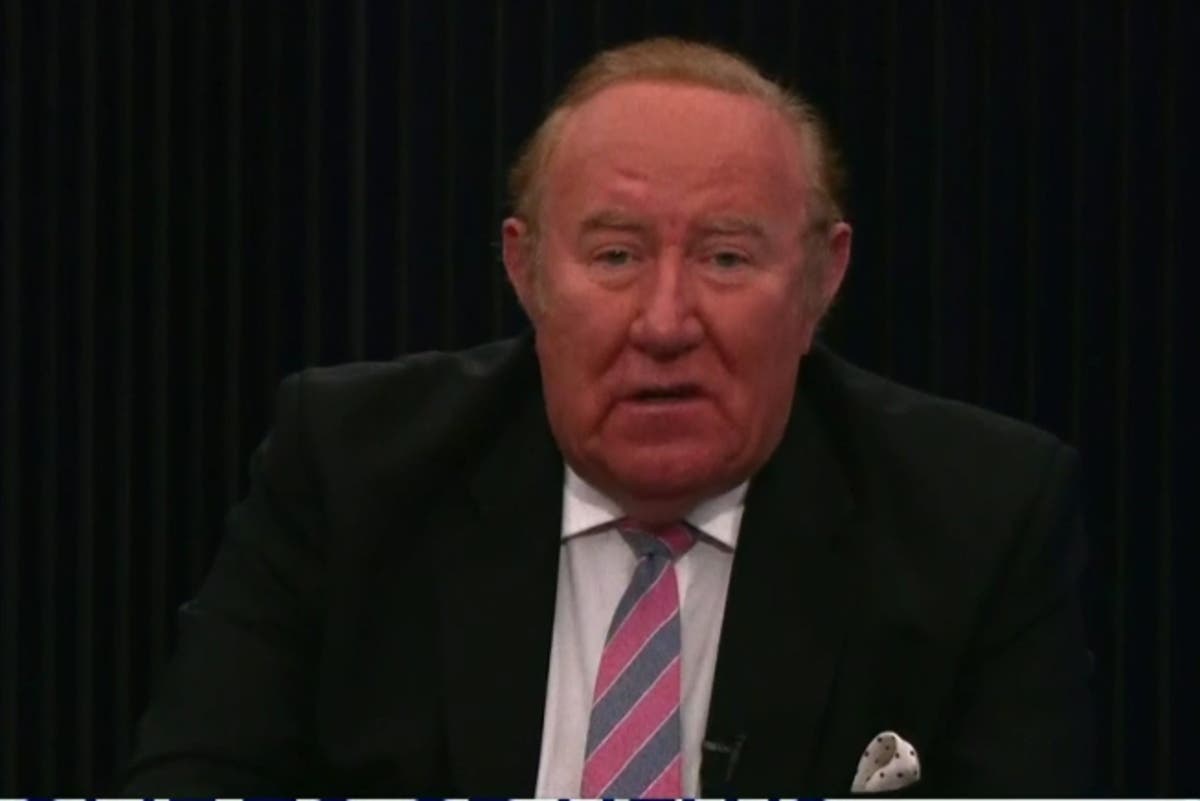 Andrew Neil has launched his new GB News channel to introduce his “anti-woke” co-stars saying “we’re proud to be British - the clue is in the name”.

The chairman of the new channel told viewers that GB News would cover “the stories that matter to you and those that have been neglected” and would deliver “a huge range of voices that reflect the views and values of our United Kingdom”.

But the launch was marred by technical difficulties with one of the star guests Nigel Farage seemingly cancelled as he was cut off by a Co-Op pizza advert.

Farage had blasted Black Lives Matter for attempting to bring down western civilisation and was about to give his opinion on whether Boris Johnson had gone “woke” after his G7 speech promising to build back in a “gender-neutral” way before he was cut off.

Dan Wootton’s next guest Sir Alan Sugar was also cut off briefly. Sir Alan Sugar quipped: “You are having a technological problem there - you could use one of my old computers.”

In his opening monologue, Andrew Neil said: “GB News will not slavishly follow the existing news agenda. We are not a rolling news channel nor will we be providing conventional news bulletins. But on all of our programmes and platforms you will always know what is going on and what the country is talking about.”

He added: “GB News will not be another echo chamber for the metropolitan mindset that already dominates so much of the media. It is our explicit aim to empower those who feel their stories, their opinions, their concerns have been ignored or diminished. We are proud to be British. The clue is in the name.”

“I didn’t study journalism at university,” said former Brexit Party candidate Michelle Dewberry proudly before adding she joined the channel because she was “fed up” of being called racist or xenophobic.

Colin Brazier said the gap between what the mainstream media was reporting on and real life was widening as his reason for joining.

But the first segment didn’t go smoothly with some technical issues reported by viewers including microphones cutting out and poor visual quality.

After show host and author, Neil Oliver, known for programmes including Coast and A History Of Ancient Britain, suffered a brief problem with his microphone, Andrew Neil joked: “We are proud to have the king of Scotland in our line-up on GB News and I promise, your majesty, next time we will get you a better microphone.”

Viewers were quick to jump on the technical hitches saying the launch was an insult to “student television”.

But other viewers were more forgiving praising the channel for its brave launch.

This Morning presenter, Eamonn Holmes, tweeted: “I hope GBNEWS gets a decent chance …. we need a shake up on the news front. May it keep all the other news providers on their toes. I have huge respect for TV news but this is a reminder that news is not just Westminster or a constant woke agenda.”

Introducing his programme, Dan Wootton, carried on his anti-lockdown schtick comparing Covid to a “scare campaign” and saying no matter what Gareth Southgate says booing taking the knee is not racist.

GB News will broadcast seven days a week across the UK and Ireland and will be available globally on digital platforms.

On Friday, the network also announced plans to launch a national radio service as early as next month through a proposed deal with telecommunications company Arqiva.