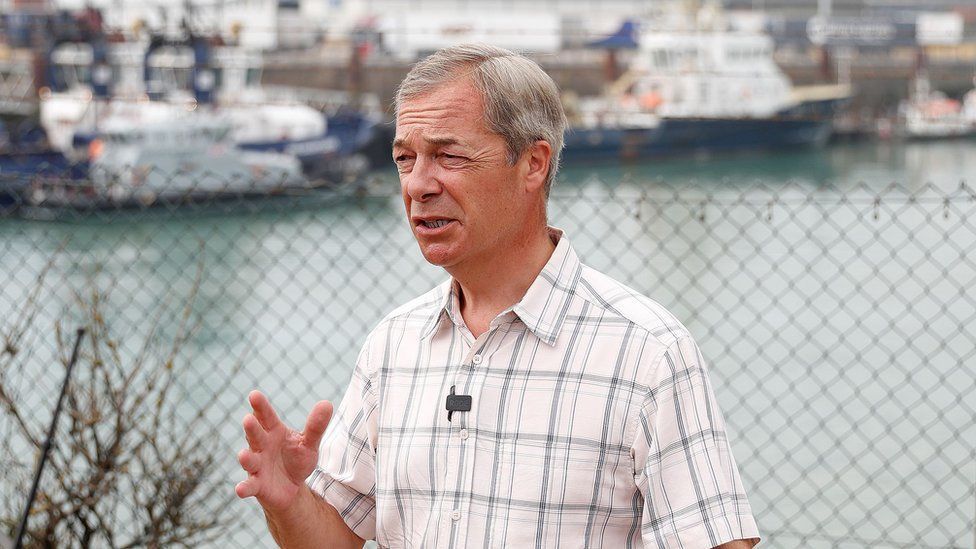 Nigel Farage is to stand down as leader of Reform UK, the political party he launched in spring 2019 as the Brexit Party.

The 56-year-old told the Sunday Telegraph he intended to step back from party political activity and election campaigning.

But he added he wanted to "go on influencing the debate" through the media and social media.

He said chairman Richard Tice would take over the party.

In a letter to party supporters, he added that Mr Tice would now have to help the party "democratise itself and set up a national structure".

He said he would remain as the party's "honorary president," although he would "relinquish any executive power within the party".

Mr Farage's decision to quit comes just two months before it intends to stand candidates in May's elections in England, Wales and Scotland.

In his letter to supporters, he said he "strongly believes" in the party's agenda, including changes to the electoral system and the House of Lords.

But he added: "I now feel I can do just as much to shift public opinion through media and social media as I can as a campaigning party leader".

Mr Farage, who quit as UKIP leader in 2016 before later quitting the party completely, set up the Brexit Party ahead of the 2019 European elections.

The former MEP, who lost his seat at the European Parliament following Brexit, has tried unsuccessfully several times to become elected as an MP.

The Brexit Party was set up to campaign for a "clean-break Brexit" ahead of the 2019 European elections, in which it won 29 seats - more than any other UK party.

It had been due to stand 600 candidates at that year's general election - but pulled out of 317 seats won by the Tories in 2017 under pressure not to split the Leave vote.

It officially changed its name to Reform UK earlier this year, adding it would shift focus to reforming British institutions.

In his interview with the Telegraph, Mr Farage insisted he would leave party politics for good, after previously doing so and then returning.

He said: "I know I've come back once or twice when people thought I'd gone, but this is it. It's done. It's over."

"Party politics, campaigning, being involved in elections, that is now over for me because I've achieved the one thing I set out to do: to achieve the independence of the UK."

"There is no going back - Brexit is done. That won't be reversed."