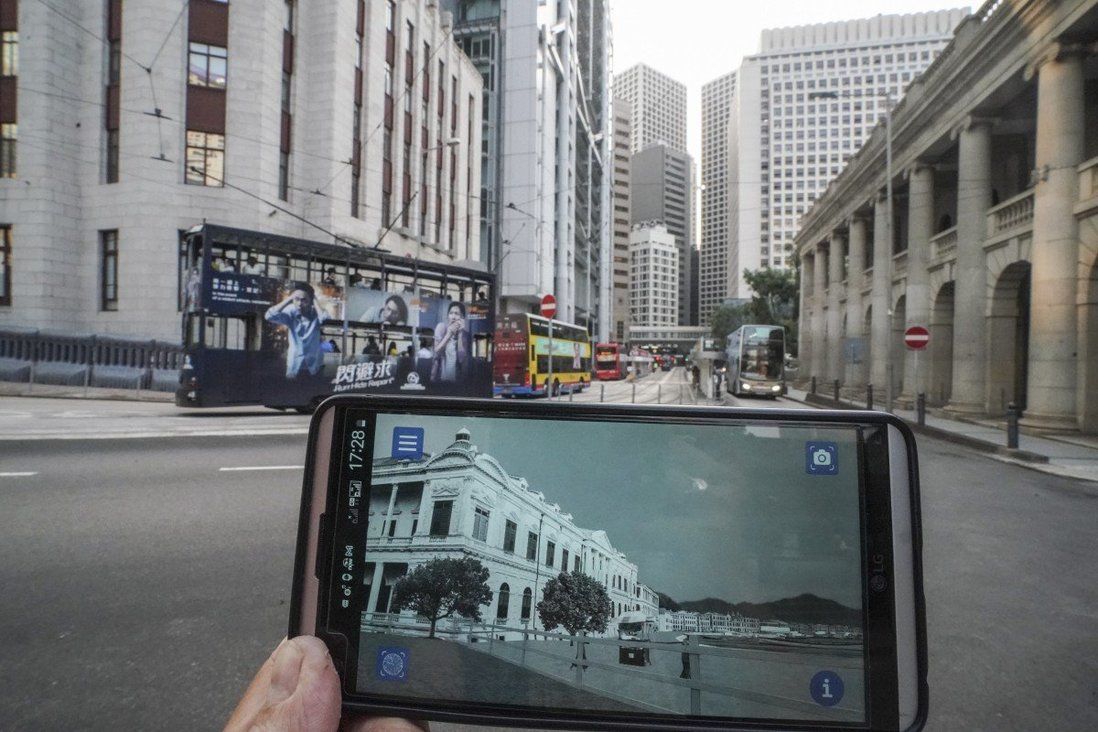 A new tourism project featuring augmented reality enables smartphone users to enjoy panoramic views of what Hong Kong looked like in the past – part of a bid by officials to bolster the city’s appeal ahead of the much-anticipated return of foreign visitors once the coronavirus pandemic is under control.

The City in Time project, launched recently by the Tourism Commission, features 360-degree historical panoramas created from heritage photos and illustrations by young Hong Kong artists, along with lively animations and special sound effects. The public can download the project’s mobile phone app and scan markers installed at designated locations around town to view the historical sights.

The app is also equipped with a selfie function that allows users to share the experience on social media. 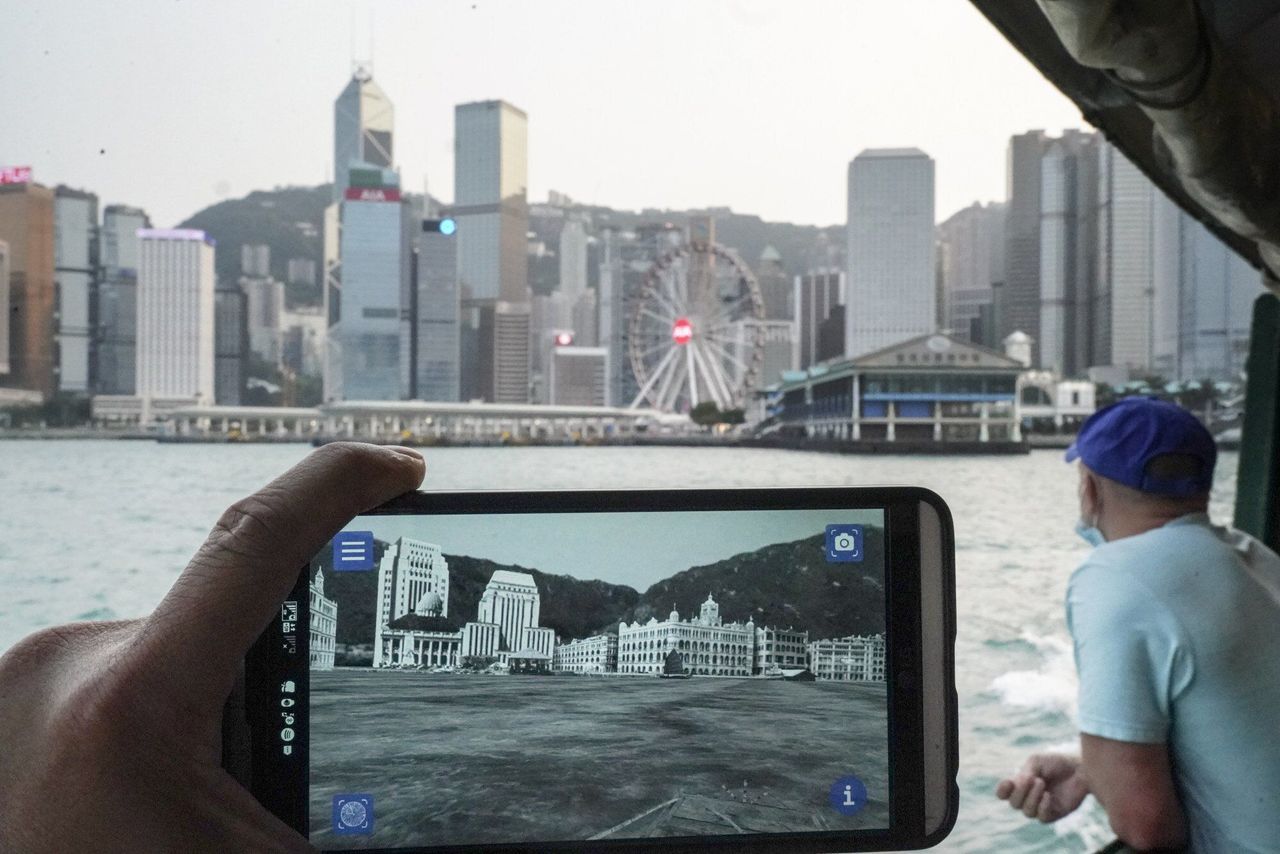 The view of Central offered by the City in Time is very different from the one that greets visitors today.

Secretary for Commerce and Economic Development Edward Yau Tang-wah said the new project was aimed at promoting cultural, creative and smart tourism in Hong Kong in spite of the near-total lack of tourists amid the Covid-19 pandemic.

“Despite the disruptions to travel as a result of the epidemic, we will continue to strengthen the appeal of Hong Kong’s attractions to prepare for the return of visitors by showcasing the city’s distinctive culture and history,” he said.

To boost local tourism, some operators have launched various virtual products and services, including live-streamed tours.

The City in Time project currently features seven spots in Central, including Edinburgh Place, Chater Road and Statue Square, and six places in Tsim Sha Tsui, including Kowloon Park Drive, the former Kowloon-Canton Railway Clock Tower and the Tsim Sha Tsui Waterfront Promenade. The project will gradually be expanded to other locations in the future. 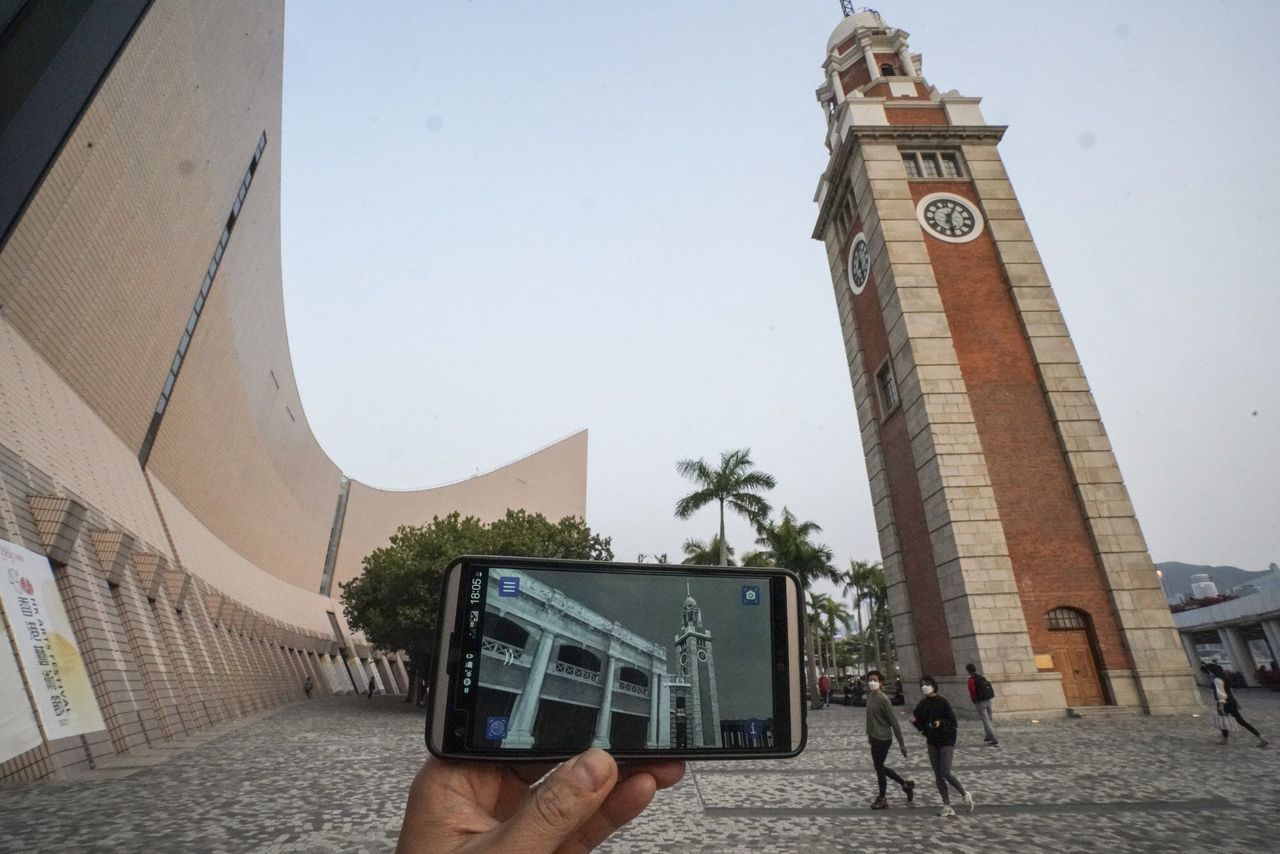 The City in Time app lets locals and tourists enjoy augmented visual and audio experiences through the use of their smartphones.

In the Statue Square location, a black-and-white panorama presented by the app shows the third iteration of HSBC’s headquarters, which opened in 1935 and was torn down in 1978, as well as the Queen’s Building, a late 19th-century neoclassical structure named after Queen Victoria. The images are in stark contrast to the square’s present-day surroundings, which are dominated by HSBC’s modern-looking current headquarters and the five-star Mandarin Oriental hotel.

Jeffrey Shaw, the Yeung Kin Man Chair Professor of Media Art at City University of Hong Kong, who developed the City in Time project along with his team, said the project revealed the transformation of Hong Kong over time, and predicted it would prove to be a hit.

“The aim of this highly innovative project is to give tourists and citizens an enriched experience and appreciation of Hong Kong in a totally new way. This will enhance and uplift this city both during the pandemic and long after,” he said. 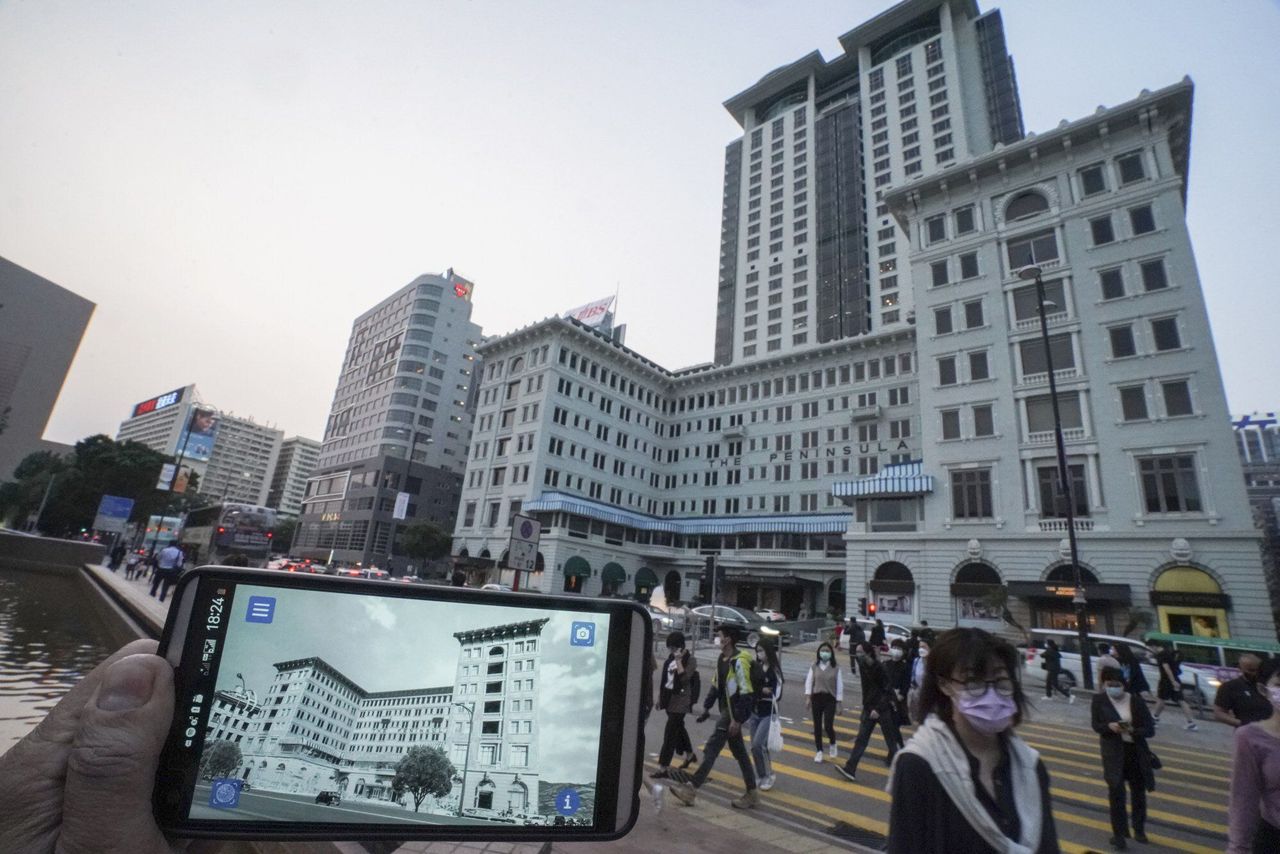 The City in Tim app lets users see how the area around The Peninsula Hong Kong, in Tsim Sha Tsui used to look.

Paul Chan Chi-yuen, co-founder of guided-tour company Walk in Hong Kong, said City in Time was a smart, interesting tourism project that would attract users. He said he also showed visitors what Hong Kong looked like through photos in his company’s virtual live-streaming tours.

But he said more should be done to make the project a hit, including adding a commentary section in which details of the places were explained. He also said the project was only a way of presentation, and the key to stimulating the local tourism industry still lay in the places themselves.

“The concept of this initiative is good, but after all, it is the places that can really attract tourists,” he said.