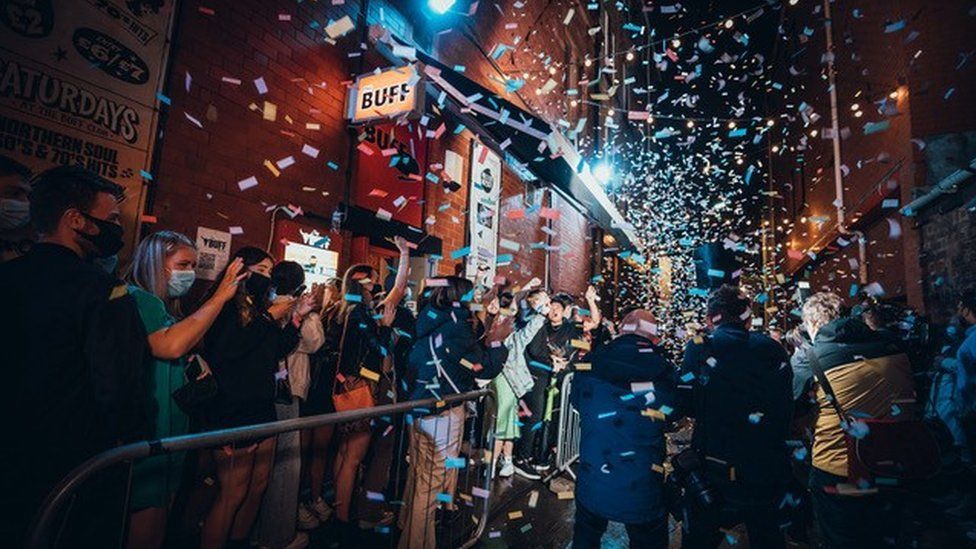 MSPs are to vote on controversial plans to introduce a vaccine passport scheme in Scotland.

The move will mean that only people who have been fully vaccinated will be allowed into nightclubs, major sporting events and many concerts and festivals.

The Scottish government says the plan is designed to allow large events to go ahead as safely as possible.

But opposition parties and some of the businesses that will be affected have raised concerns.

Labour and the Liberal Democrats have already vowed to vote against the proposals - while the Conservatives have described the plan as "shambolic, last-minute, kneejerk decision making".

The Scottish Greens have been highly critical of vaccine passports in the past - as have some senior Scottish government ministers - but have since signed a formal partnership agreement with the SNP and are thought to be unlikely to vote against the proposals.

The Scottish Professional Football League (SPFL) has also raised concerns about how the scheme will work in practice, while some figures within the hospitality industry have questioned how a nightclub will be defined.

And some people who had one of their vaccine doses outside of Scotland have experienced problems in getting an accurate vaccination certificate.

Assuming the proposals are approved by Holyrood, the passport scheme is expected to come into force at the end of the month, once all adults in Scotland have had the chance to be fully vaccinated.

The new rules will mean people over the age of 18 will need to show they have had both doses of the vaccine before they are allowed entry to:

People who have had two vaccines in Scotland can already download or get a paper copy of a certificate with a QR code.

By the end of the month, it is expected that this code will also be available on a new NHS Scotland Status app.

These codes can be scanned at a venue to confirm the user is fully vaccinated.

Similar schemes are already in operation in other European countries, while people in England will need to have a "Covid pass" to access "higher risk" settings such as nightclubs from the end of this month. 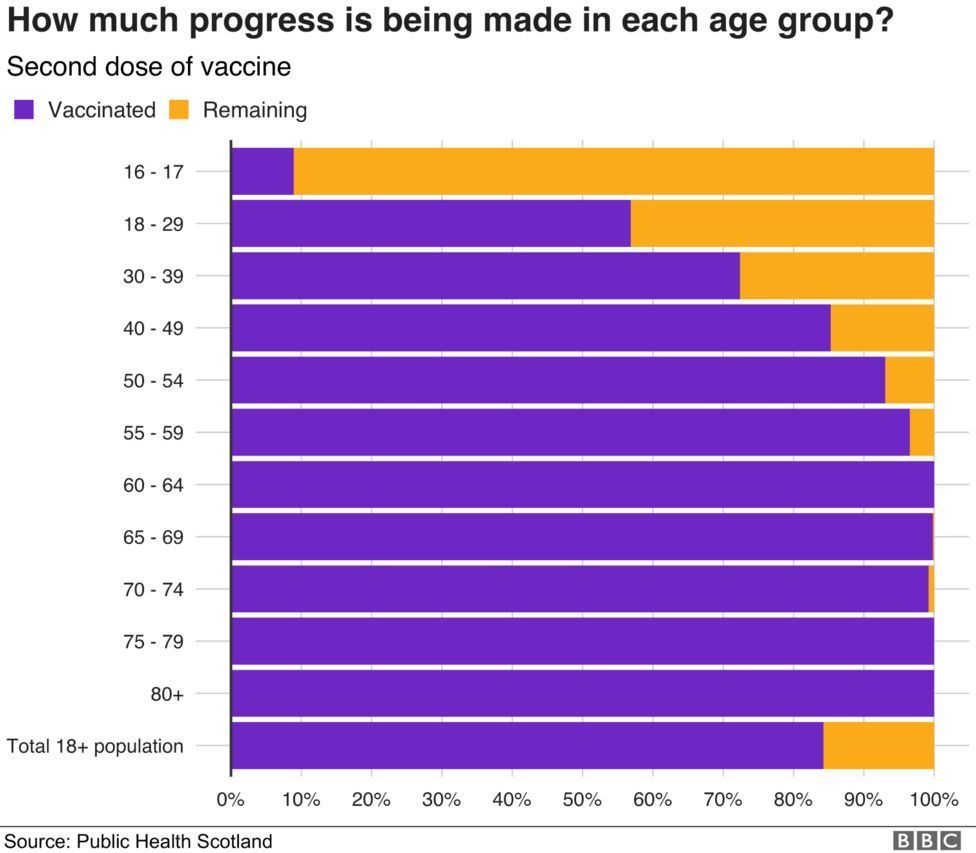 A major goal of the scheme is to encourage more younger people to be vaccinated - with the latest figures showing that uptake among those under the age of 40 in Scotland has been lower than older age groups.

Many areas of Scotland have seen some of the highest Covid rates in Europe in recent weeks - although there are signs that the surge in cases is beginning to slow down.

The number of people in hospital and intensive care units has also been steadily rising, with health professionals warning that that NHS is coming under increasing strain. 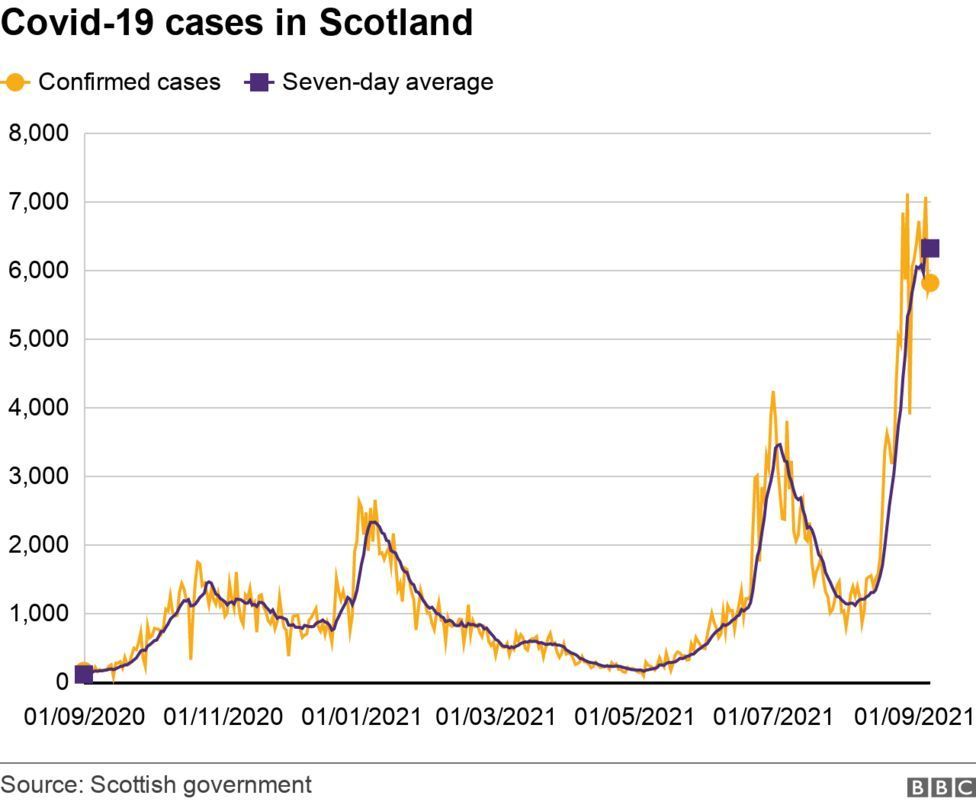 First Minister Nicola Sturgeon has said that vaccine passports will be a direct alternative to imposing tougher restrictions on venues, many of which have only recently reopened.

She told the Scottish Parliament on Wednesday that certification was a "reasonable response to a very difficult situation, and much more proportionate than any likely alternatives". 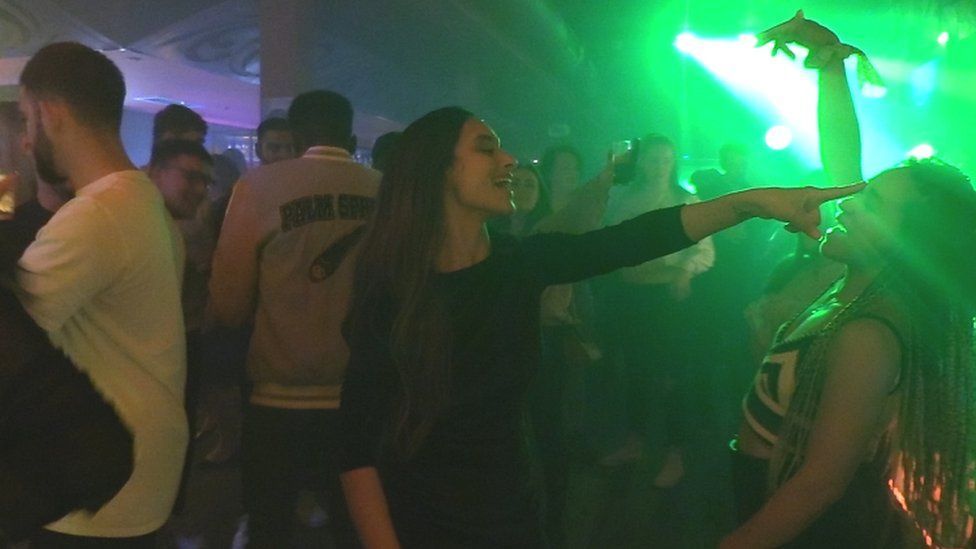 Scottish Labour leader Anas Sarwar confirmed at the weekend that his party would vote against the scheme, which he has described as an attempt by the government to "look in control of a virus that is clearly out of control."

He said there was a chance that using vaccine passports might actually entrench vaccine hesitancy rather than encourage uptake, and argued that the government should be focusing on ramping up the vaccine rollout and improving Test and Protect rather than creating a new system.

The Scottish Conservatives have not yet indicated how they will vote, but a spokesman said earlier this week that the party was "sceptical" about the proposals and "firmly opposed to any plan that would introduce them permanently".

The party's leader, Douglas Ross, said it was not good enough that full details of the plan were only due to be published hours before the vote.

Speaking on Wednesday, he said: "We need specifics, but we don't have them. We don't know how the scheme will be administered or enforced, we don't know if the data concerns have been fixed or fraud risks been identified

"We don't know what infrastructure will be needed, or if the SNP will rule out extending them indefinitely or rolling them out to other venues at short notice."