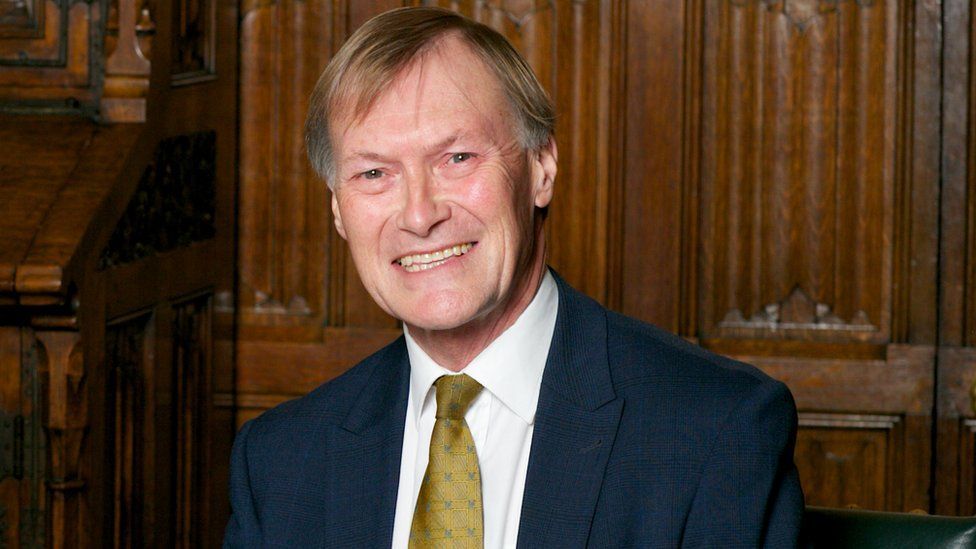 New security measures for MSPs in response to the death of Sir David Amess will include £2,500 to pay for security upgrades to their homes.

The Scottish Parliament began a review in November, a month after the Conservative MP was stabbed to death at his constituency surgery in Essex.

MSPs will be able to claim up to £2,000 for their constituency home and £500 for their Edinburgh residence.

They will also be offered software to tackle threatening social media posts.

The software blocks certain words or phrases which could cause distress or alarm.

The use of "lone working devices" - alarms that can send an alert to police or an employer - has also been expanded for MSPs' staff, according to an update from the Scottish Parliament Corporate Body (SPCB).

However, the review identified only "modest" demand for security guards at surgeries.

A survey was carried out as part of the review, with 62 MSPs responding.

The update said: "The majority of members (47 respondents, 76%) were not interested in having security personnel accompany them to constituency surgeries or meetings.

"The most common reasons were the perceived impact on access to parliamentarians and on the open relationship with constituents."

MSPs will be able to request Police Scotland security reviews of their homes, and if any upgrades are needed they can quickly claim up to £2,000 for constituency homes and £500 for Edinburgh accommodation.

The SPCB - a group of cross-party MSPs who deal with the day-to-day running of the parliament - also asked parliamentarians to trial software which can identify the use of threatening language on social media.

The update said: "Members would have to expressly opt into the service which would operate on their behalf.

"Any issues of concern picked up by the service would be escalated to Police Scotland as appropriate."

The death of Sir David, the second killing of a MP in five years, put the spotlight back on the risks faced by politicians.