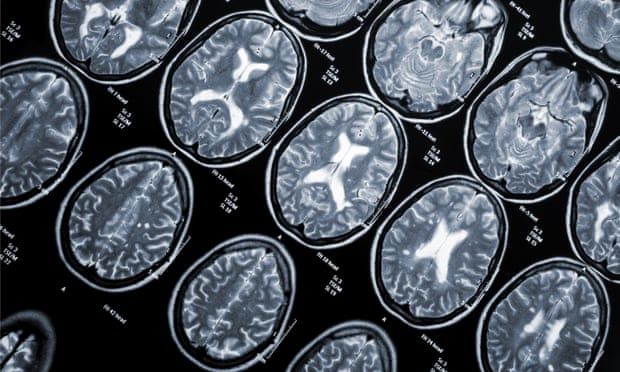 Charities estimate that tens of thousands of people with MS are missing out on fampridine, which can improve a person’s ability to walk and reduce the risk of falling over.

They say the “postcode lottery” within Britain around access to the drug is “grossly unfair” to patients in England, who are being forced to live with MS’s very debilitating symptoms – which can include problems with vision, arm and leg movement, sensation and balance.

The senior Labour MP Dame Margaret Hodge has written to the health secretary, Sajid Javid, urging him to ensure that the medication is available to anyone who needs it.

Her intervention came after her constituent Steven Brooks’s ability to walk improved markedly after receiving fampridine as part of a clinical trial but whose health then declined when the trial ended and his hospital could not provide it.

“It is grossly unfair that people with MS are being denied access to fampridine – a potentially life-changing treatment – based purely on where they live in the UK,” said Phillip Anderson, the head of policy at the MS Society.

“MS is relentless, painful and disabling, but we know this treatment can make a significant difference to many people’s symptoms, including helping them to walk and manage MS fatigue.”

The disparity in access has arisen because the National Institute for Health and Care Excellence (Nice), which advises the government and NHS in England, believes fampridine does not represent value for money whereas its equivalent bodies in Wales and Scotland have recommended it.

The MS Society estimates that about 40,000 MS patients in England who would benefit from taking the drug cannot get it because of Nice’s ruling. About 200 people there have obtained it on the NHS and only after submitting an “individual funding request” – an appeal against being denied an expensive form of treatment – and showing they have exceptional need for it.

But the society says they represent only 0.5% of those who may enjoy a boost to their walking ability and quality of life if they could get fampridine on the NHS.

Biogen, which makes the medication, says an even larger number of people in England – about 65,000 – could improve their health if they could obtain the drug, and another 3,000 in Northern Ireland.

The MS Trust said patients were paying between £200 and £600 a month for the drug privately.

David Martin, the trust’s chief executive, said: “In England people with MS are being forced to make difficult choices on whether to pay for a medication that they could get for free in other parts of the UK. We at the MS Trust don’t think this is fair.

“We know that fampridine can make a difference to some people with MS who experience walking difficulties and the MS Trust would like to see fair access to this treatment across the UK.”

In her letter, Hodge asked Javid why NHS England had not been able to secure a discount on the cost of the drug from Biogen after the Scottish NHS agreed a deal to ensure its availability.

“It is not acceptable to find NHS England lagging behind and failing to offer access to fampridine for free. This failure has created a postcode lottery for MS sufferers that has severely impacted on the life of my constituent.”

Nice is updating its guidance on treating MS, which charities and patients hope will lead to the drug becoming free on the NHS in England. That is expected in 2022.

The Department of Health and Social Care said it sympathised with patients denied the drug but backed Nice’s judgment.

“We want all patients to have access to first-rate, innovative medicines and sympathise with those dealing with challenging conditions like multiple sclerosis,” a spokesperson said.

“Nice is world-renowned for its expertise in identifying effective treatments at a price that is fair to the NHS and taxpayers. They found there is currently not enough evidence on the effectiveness of this medicine compared to other effective treatments to recommend it for patients.

“We want to reassure people that Nice keeps its guidance under review. It’s currently reviewing its recommendations on fampridine and expects to publish updated guidelines next year.”
Add Comment