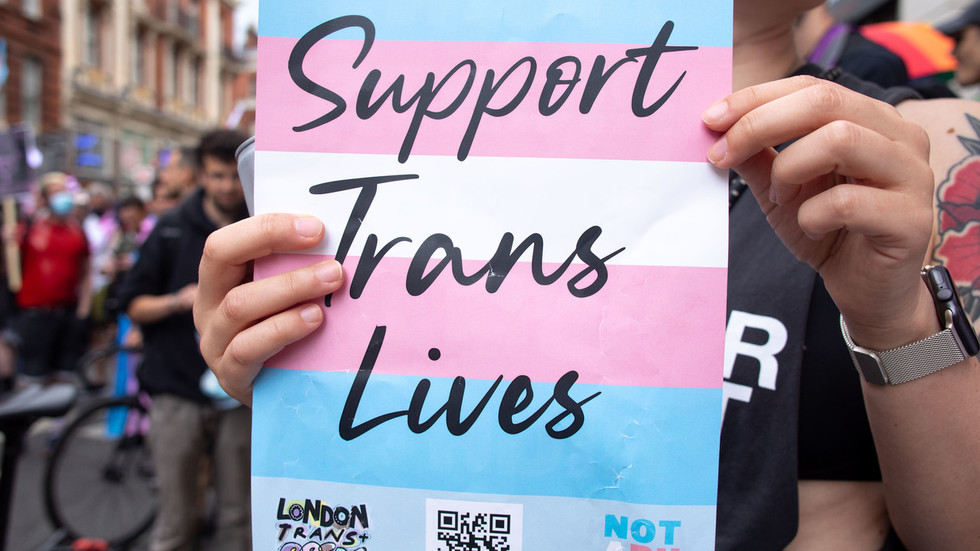 England should dispose of outdated parts of the process for the legal change of gender, including the requirement for a diagnosis of gender dysphoria, a Parliament committee has said.

A ‘demedicalized’ gender-recognition procedure in England and Wales should switch towards a self-declaration model and get rid of or relax steps meant to show commitment to transitioning, a report by the Women and Equalities Committee recommends.

Its MPs on Tuesday offered a number of recommendations on how the Gender Recognition Act of 2004 should be updated to keep up with modern attitudes towards transgenderism.

Trans people must not be burdened with obtaining a medical diagnosis of gender dysphoria to be recognized by the government according to their chosen gender, the Committee said. It cited a number of factors, including the tediousness of the process of obtaining the necessary medical documents, the social stigma associated with the diagnosis, and the fact that the current rules make applicants dependent on a third party for legally changing their gender.

Some of the people called to consult with the committee argued that the medicalized process was unduly restrictive.

“We require someone to feel an anxiety, and to be in persistent and consistent distress, to be able to change their legal gender,” Nancy Kelley from pro-trans rights lobby group Stonewall was quoted as saying. “Not everybody experiences dysphoria in a way that satisfies the diagnosis criteria.”

The MPs also suggested abolishing the requirement for a person to submit evidence of their having lived under their acquired gender for at least two years before applying for a Gender Recognition Certificate.

“There is no clear, accepted or agreed definition of what living like a man or a woman is,” the panel said. “The requirement also risks entrenching outdated and unacceptable gender stereotypes.”

The report recommended changing the wording of the statutory declaration that applicants have to make to legally change their gender, stating their intention to live permanently–and until their death– in their acquired gender.

Making a false declaration is a punishable offense, and including such a penalty in the process was meant as a safeguard against frivolous applications. MPs said the “until death” part should be dropped in acknowledgement that some people “might regret their decision to legally transition” and would want to reverse it.

The Committee recognized concerns that relaxed rules could make the gender-recognition process more exposed to abuse by malicious actors and said that “robust guidance on how a system of self-declaration would work in practice should also be developed.”

"For example, male prisoners with a record of sexual assault or domestic violence, who self-identify as a woman, should not be transferred to a women’s prison."

The MPs distanced themselves from the controversial issue of access of trans women athletes to women’s sports. They said that it was “absolutely essential that the integrity of women’s sport is maintained and not compromised” and called on relevant organizations to develop “clear, evidence-based guidance with practical examples for how to facilitate trans and gender non-conforming inclusive spaces in sports.”

Other recommendations include reserving the gender-recognition process for adults only, removing the requirement for spousal consent for married transitioning individuals, and possibly transferring the authority from the special Gender Recognition Panel to the Registrar General, similar to how it already works in Scotland.