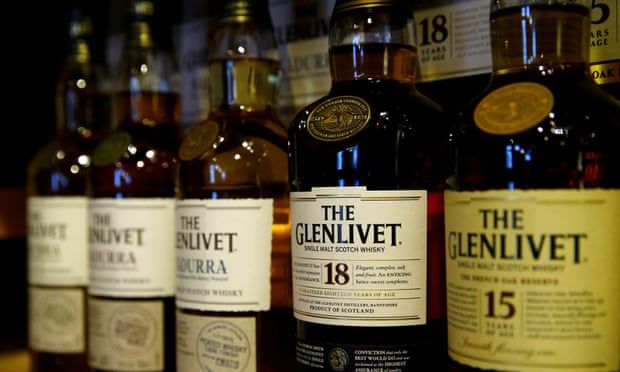 The retailer identified the pricing error on its website before any bottles were sold
Mark Twain reputedly said: “Too much of anything is bad, but too much good whisky is barely enough.”

Online shoppers at the supermarket Morrisons came close to testing his theory when the retailer accidentally priced bottles of a Scotch whisky at just £2.50, a 93% discount from its usual price of £36.

The Glenlivet Caribbean Reserve is described by the distillery as a new rum barrel finished single malt Scotch, which “combines the heritage of Scotch whisky with the flavour and soul of the Caribbean”.

Whisky lovers piled in, posting their delight on social media, only to discover their big orders had been thwarted at the last minute.

The pricing error was identified by Morrisons, and due to minimum unit pricing legislation making the charge per bottle illegal, the retailer cancelled all orders before they were actioned.

A minimum unit price of 50p was introduced in Scotland in 2018 and Wales in 2020, which means the supermarket would have to sell the 28-unit bottle for at least £14. There is no minimum unit pricing policy in England, however.

Antony Silson, from Keighley, West Yorkshire, ordered 10 bottles on “click and collect” when he saw the price, which would have led to a saving of £335.

Silson, a primary school teacher, said: “I couldn’t believe the saving and ordered 10 bottles straight away. It seemed a once-in-a-lifetime offer or a massive administrative mistake.”

But ultimately he had his order withdrawn. “The click and collect order was accepted on the website, but was later cancelled, much to my horror. I was looking forward to giving out lots of unbelievably generous birthday and Christmas presents.

“Now the offer has been retracted I feel cheated. We are going away to a yurt in the Lake District this weekend and that would have topped the weekend off.”

Silson, 55, said he did not receive an apology from Morrisons, adding: “Hopefully whomever made the mistake wasn’t spoken to too harshly, as they brightened up a lot of people’s days.”

A Morrisons spokesperson said: “This product was temporarily affected yesterday by a pricing error on our website. To comply with legislation around minimum unit pricing for alcohol, any orders which included the affected product would have had the item cancelled from their basket. We apologise for any inconvenience caused.”
Add Comment