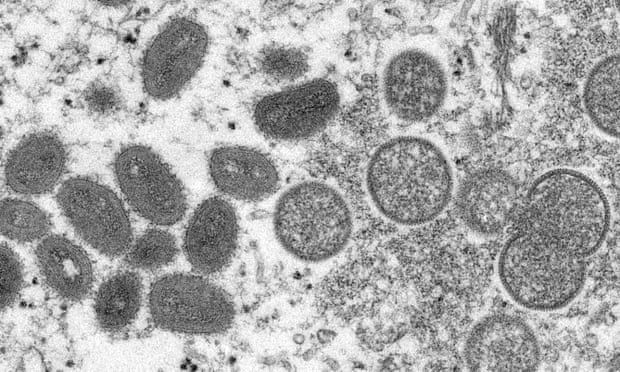 Monkeypox cases in UK more than double to 57

Public health officials have confirmed 36 new cases of monkeypox in England, bringing to 57 the total number of known infections in the UK.

Efforts to contain the outbreak are continuing, with patients isolated either in hospital or at home and their closest contacts being told to isolate and avoid contact with vulnerable people such as young children, pregnant women, and those with weakened immune systems, for up to three weeks.

The most at-risk contacts have been offered the smallpox vaccine Imvanex, which offers cross-protection against monkeypox, a far milder disease, and can be effective up to two weeks after exposure to the virus.

Dr Susan Hopkins, the chief medical adviser at the UK Health Security Agency, said: “Alongside reports of further cases being identified in other countries globally, we continue to identify additional cases in the UK. Thank you to everyone who has come forward for testing already and supported our contact-tracing efforts, you are helping us limit the spread of this infection.”

Austria, Switzerland and Israel became the latest nations to declare cases. At least 15 countries outside Africa have now detected the disease, totalling about 100 cases. Earlier on Monday, Scotland confirmed its first patient, who is isolating in hospital.

Dr Nick Phin, the director of public health science and medical director at Public Health Scotland, said the overall risk to the public was low but he urged anyone with an unusual blister-like rash or blister-like sores on their body to avoid close contact with others and seek medical advice if worried.

“We have well-established and robust infection control procedures for dealing with such cases of infectious disease, and these will be strictly followed,” he said. “We are working with NHS Boards and wider partners in Scotland and the UK to investigate the source of this infection.”

Boris Johnson, when asked about the outbreak during a visit to a school in south-east London, said monkeypox was a rare disease, but it was important to “keep an eye on it” given the unprecedented outbreak. “So far the consequences don’t seem to be very serious, but it’s important that we keep an eye on it, and that’s exactly what the new UK Health Security Agency is doing,” he said.

Asked whether there should be quarantine for visitors or use of the smallpox vaccine, Johnson said: “As things stand, the judgment is that it’s rare. I think we’re looking very carefully at the circumstances of transmission. It hasn’t yet proved fatal in any case that we know of, certainly not in this country.”

Monkeypox does not spread easily and is a mild disease in most people, but it can cause more serious illness in young children, pregnant women and people with weakened immune systems. Phin said more vaccine doses and antivirals for monkeypox had been ordered.

The UKHSA announced the first case in the latest outbreak on 7 May, in a person who had returned to London from Nigeria, but some cases identified since seem to have been infected earlier and the majority have no travel history to Africa. The outbreak appears to be driven by the milder, west African type of monkeypox, which has a case fatality rate of about 1%, compared with 10% for the more severe central or Congo Basin type.

People who are infected with monkeypox typically develop a high temperature or fever before small, flat spots appear on their skin. These become raised and filled with fluid before scabbing over. The spots can start around the mouth and spread around the body, including to the genitals. The virus can spread through large respiratory droplets, direct contact with body fluids such as saliva, or blisters and ulcers, and through contaminated sheets, towels and utensils.

“Because the virus spreads through close contact, we are urging everyone to be aware of any unusual rashes or lesions and to contact a sexual health service if they have any symptoms,” Hopkins said. “A notable proportion of recent cases in the UK and Europe have been found in gay and bisexual men, so we are particularly encouraging these men to be alert to the symptoms.”

Anyone with unusual rashes or lesions on any part of their body, especially their genitalia, should immediately contact NHS 111 or their local sexual health service.

Monkeypox is a viral infection most commonly found in animals in rural central and west Africa. In recent years countries such as Nigeria and the Democratic Republic of the Congo have witnessed more cases in humans, with the virus spreading between people. A small number of cases have been detected in the UK since 2018, but until this year all were associated with travel to Nigeria.

Dr Maria Van Kerkhove, the World Health Organization’s lead on emerging diseases, said there would be more cases in the coming days, but the virus could be stopped. “This is a containable situation, particularly in the countries where we are seeing these outbreaks that are happening across Europe, in North America as well. We can stop human-to-human transmission,” she said.