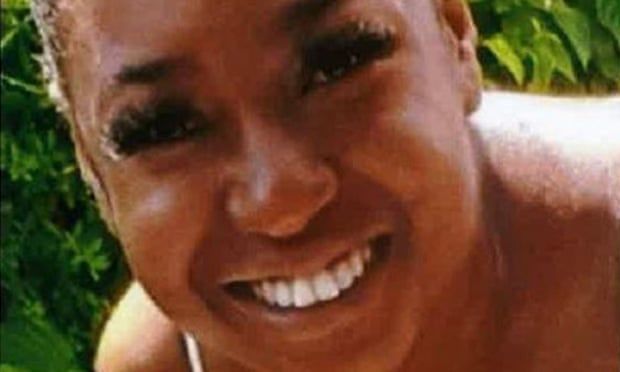 Student nurse found in Hampshire after being last seen on 7 July in Croydon, south London
The student nurse Owami Davies has been found alive and well almost seven weeks after she went missing, the Metropolitan police have said.

The 24-year-old, from Grays in Essex, was located in Hampshire and appeared to be “fit and well cared for”, the force said.

The Met had trawled through 10,000 hours of CCTV footage and 117 reported sightings in its search for Davies, who was reported missing by her family on 6 July. Concerns had grown for her safety after detectives said she could be “in need of help” in Croydon, south London, or sleeping rough with no money on her Oyster card and no access to her phone or bank cards.

Officers arrested and bailed five men, two on suspicion of murder and three for kidnap, as part of the investigation.

After she was found on Tuesday, DCI Nigel Penney from the force’s specialist crime command said: “She looks in good health, she’s in a place of safety, and not currently in the vulnerable state that we were led to believe she was in at the start of her disappearance.”

Penney thanked the media and public for sharing appeals about Davies, adding: “This is the outcome we were all hoping and praying for. My team have been working around to clock to find Owami and we are immensely relieved she has been found.”

He said she had been found “safe and well” after a member of the public responded to a media appeal on Tuesday morning with the 118th reported sighting. The force confirmed Davies’ family had spoken to her after she had been found.

The Met commander Paul Brogden announced a review of the force’s handling of the case, which has been criticised. He said: “We know there have been concerns raised around the search for Owami. We, alongside our colleagues in Essex police, will be carrying out a review of all our actions from when Owami was first reported missing to ensure we have acted correctly and to identify any ways to improve our response to finding other missing people.”

Davies left her family home on 4 July and was reported missing to Essex police two days later. She was last seen on CCTV at 12.30pm on 7 July in London Road, Croydon, and the case was transferred to the Met on 23 July.

On Saturday it emerged that the Met had been in contact with Davies on the day she was reported missing after officers went to a home in Clarendon Road, Croydon, to investigate concerns about the welfare of a woman. But the Met said Davies had not been marked as a missing person on the police database at the time. The force only later established that the woman was Davies as a result of its missing person investigation.

The Independent Office for Police Conduct (IOPC) said it was considering whether to investigate Scotland Yard over the contact.

The force also faced scrutiny after it issued CCTV images on 3 August that it claimed showed Davies in a shop in Croydon, but in fact showed another woman. The Met apologised, withdrew the images, and reissued pictures of Davies.

Brogden said he was “pleased” for Davies’s brother and her mother, Nicol, who had made appeals for her daughter to make contact amid fears for her safety. “This is a desperate plea from a desperate mother: somebody, somewhere knows, saw or heard something. Speak to the police – you don’t even have to say who you are,” she said earlier this month.

Penney said officers were trying to establish what led to Davies’s disappearance. “Owami will be spoken to and we’ll try to fathom reasons as to how she disappeared, why she disappeared, and if there was any concern around the days and weeks while she was disappeared for us to be concerned about,” he said.

He said Davies was “probably” aware of the scale of the force’s search given the amount of publicity the case attracted.

Brogden added: “Obviously we’ll be dealing compassionately with Owami from this point onwards, with partner agencies, but great news here.”

The Met had previously said Davies was suffering from depression and may have been using alcohol during her disappearance in the absence of her medication.

In an interview with the Evening Standard published on Tuesday morning, Davies’s mother added that her brother had found her drinking in a park near her home on the day she disappeared. But she told him she did not want to come home because she “wanted some down time”.
Add Comment