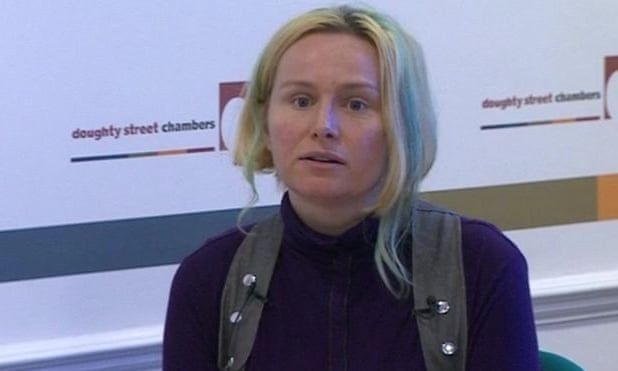 Sir Stephen House is a key witness in the legal claim being brought against the Metropolitan police by Kate Wilson, an environmental and social justice activist who was deceived into a two-year intimate relationship by undercover officer Mark Kennedy.

Wilson is alleging that Kennedy, who infiltrated environmental and leftwing groups between 2003 and 2010, infringed her human rights. At an earlier stage of the legal case, police admitted that Kennedy’s managers knew that he was deceiving her and allowed the deception to continue.

This week, Wilson’s lawyers applied to cross-examine House, the Met’s deputy commissioner, when the main hearing in her case is held next month. Charlotte Kilroy, Wilson’s QC, sought to challenge his evidence, which she said was “central” to the Met’s defence in the case.

House has submitted four witness statements about Kennedy and his managers, drawing on 10,000 pages of internal documents.

At a preliminary hearing of the tribunal on Monday, lawyers for the Met resisted her application, arguing that House should not be diverted from his other duties.

House has been at the centre of the Met’s defence of its handling of the protests over the murder of Sarah Everard. On Sunday he accompanied the Met commissioner, Cressida Dick, to a meeting with Sadiq Khan when the mayor of London demanded an explanation of the Met’s conduct at a vigil for Everard the previous night.

David Perry, QC for the Met, argued that it was not necessary for House to be cross-examined by Wilson’s lawyers.

“To require [him] to attend to be cross-examined will inevitably require many days of intensive preparation. [He] is a senior officer who would otherwise be engaged in important operational duties,” Perry told the preliminary hearing.

Perry also argued that there was “nothing [House] could usefully add” to his witness statements as he did not have direct knowledge of Kennedy’s deployment.

He added that it was not normal for witnesses to be called to give evidence in person at the investigatory powers tribunal, which examines allegations that the state has abused its surveillance powers. The application to cross-examine House was not granted.

Wilson is one of a significant number of women who have discovered that undercover officers who infiltrated political groups in a four-decade covert operation had deceived them into intimate relationships. According to official policy, such relationships were forbidden.

At an earlier hearing of the IPT, the Met admitted that it secretly monitored and recorded her personal activities during her relationship with Kennedy.

Previously secret files recorded how Wilson and Kennedy frequently stayed together, visited her parents’ house, and went on holiday. They chronicled trips the couple made to the cinema, a museum and a concert, as well as a visit to the college where she had studied.

Wilson is among at least 12 women who have successfully sued the Met in civil cases and forced police to admit that undercover officers had deceived them into relationships that were “abusive, deceitful, manipulative and wrong”.

Wilson launched further legal action by taking her case to the IPT as she wants to uncover the full truth about Kennedy and his supervisors.

Revelations about the deceptive relationships helped to compel the government to set up a judge-led public inquiry which is scrutinising how at least 139 undercover officers have spied on more than 1,000 political groups since 1968. The inquiry is due to resume on 21 April.
Add Comment