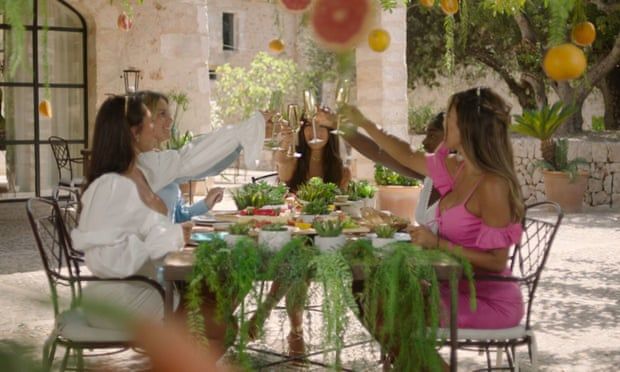 Show offers young men insight into female counterparts, says Kevin Lygo, as channel adds Big Brother to roster
Cynics have suggested Love Island’s popularity is built on the opportunity to watch contestants walking around a villa in swimwear. But according to ITV’s boss, the show’s real appeal for young men is the insight it offers into the mentality of women.

“There was quite an interesting piece of research done about young men and why they watch Love Island,” he told the Edinburgh TV festival. “And one of the main reasons is they’ve never witnessed girls together talking about boys. And they find it absolutely fascinating and riveting and hopefully informative.”

He added: “A good and useful consequence of entertainment shows is that they raise these discussion points about what people do and what they shouldn’t do into the public domain. But as producers and broadcasters we have to make sure they don’t step too far.”

ITV recently announced there will be two series of Love Island in 2023, with a winter series in South Africa and a summer series in Mallorca. The show will also have a new host after Laura Whitmore announced she is stepping down after three years in the job.

The success of Love Island has prompted ITV to buy the rights to show Big Brother, reviving a programme that has not been on air in the UK since Channel 5 scrapped it in 2018.

Lygo said the decision to revive one of the original reality TV shows is a bid to retain the enormous youth audience that tunes in for evening broadcasts of Love Island – a rare success in an era when younger people tend to watch streaming services.

“We look at Love Island and we see this extraordinary successful show that defies all the sort of current logic and goes against what people say in that ‘young people don’t watch television’,” he added.

He said Big Brother will help with November’s launch of its new streaming service ITVX. He promised the service, which will replaced the much-maligned ITV Hub, will have its own specially commissioned shows that will not necessarily be shown on the main ITV channels.
Add Comment