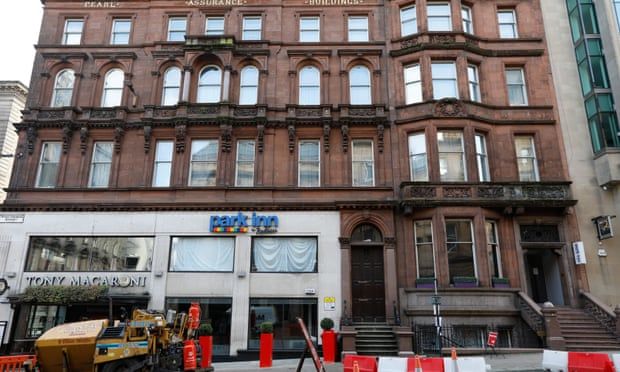 Two asylum seekers caught up in a mass stabbing attack at a Glasgow hotel have issued a high court claim against the Home Office and their accommodation provider, the Guardian has learned.

The men, one of whom said he reported concerns about the attacker to hotel management the night before the stabbings, are also calling for an independent investigation.

On 26 June 2020, Badreddin Abadlla Adam, a 28-year-old asylum seeker from Sudan, stabbed six people including a police officer at the Park Inn hotel in Glasgow before police shot him dead.

One of the two asylum seekers now bringing a challenge lost his spleen in the attack and is on lifelong medication as a result. His asylum claim was refused in July this year and he is appealing against the decision.

The other had supported Adam as he witnessed his mental health deteriorate after he was moved, along with 320 other asylum seekers, from self-contained accommodation into hotels at the start of the pandemic.

On the evening before the attack, Adam told him that he wanted to stab people, he said. The asylum seeker reported this to hotel management and said he believed the threat was credible. The next day he was woken by the sound of the fire alarm and when he opened his bedroom door he saw people lying on the ground in pools of blood. This man is awaiting a decision on his asylum claim.

Both men say they do not blame Adam for the attack because his mental health had declined sharply. But they expressed serious concerns about alleged failings by the Home Office and the housing contractor Mears. 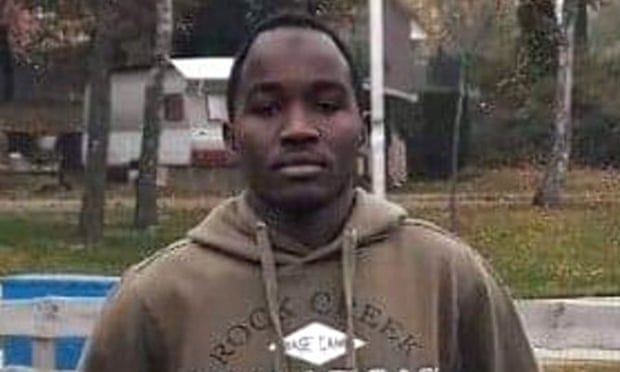 The evidence provided to the high court shows how tensions at the Park Inn hotel built before the attack.

Many asylum seekers experienced worsening mental health. Some reported feeling dehumanised by their treatment and said if they raised concerns about mental health they were told to “open the window” or “have an orange” while others were told to return to their home country if they did not like Britain.

Witnesses to the attack said they were traumatised and some had nightmares, PTSD and flashbacks. The asylum seeker who was stabbed said he was now fearful of going out and felt abandoned by the Home Office and Mears. The second asylum seeker said they were made to feel like criminals when interviewed by police.

He told the Guardian: “I would like to see asylum seekers getting better treatment instead of being prisoners in hotels. I really do not blame Badreddin for what he did, he was in a very bad state. I blame the Home Office and I blame Mears. They did not listen enough.”

Sheroy Zaq, of Duncan Lewis solicitors, who is bringing the high court challenge, said: “Vulnerable people continue to die whilst accommodated by the home secretary and her associated private contractors, and this will likely continue unless and until lessons are learned. All that the claimants seek, which ought to be uncontroversial, is that a lawful investigation takes place into such tragedies, as opposed to what appears to have happened to date; the home secretary marking her own homework by way of an internal and unpublished review.”

Dylan Fotoohi, of Refugees For Justice, a group founded after the attack and an interested party in the case, said: “Thousands have suffered physical and psychological damage in these hotels. This tragedy was preventable. The underlying cause is the dysfunctional and unaccountable way asylum accommodation is managed. An independent inquiry is needed so that lessons can be learned.”

A Home Office spokesperson said: “Following the incident at the Park Inn hotel we commissioned an internal review to assess the circumstances, in line with routine procedure, however a Scottish fatal incident investigation remains ongoing. We take the welfare of those in our care extremely seriously.”

Police Scotland assistant chief constable Steve Johnson said: “The circumstances are being independently investigated by the police investigations and review commissioner under the direction of the lord advocate, therefore we are unable to comment further.”