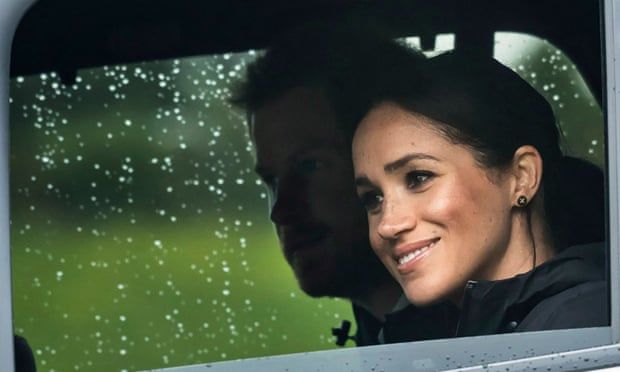 Meghan 'saddened' by allegations of bullying at Kensington Palace

Aide alleged in 2018 that Duchess of Sussex’s behaviour had driven out two personal assistants, say reports
The Duchess of Sussex is said to be “saddened” by a report, days before the broadcast of an interview with Oprah Winfrey, claiming she faced a bullying complaint at Kensington Palace.

The Times reported that a complaint was made in October 2018 by Jason Knauf, then the Sussexes’ communications secretary, which alleged Meghan had driven two personal assistants out of the household and was undermining the confidence of a third staff member.

Her spokesman said: “The duchess is saddened by this latest attack on her character, particularly as someone who has been the target of bullying herself and is deeply committed to supporting those who have experienced pain and trauma.

“She is determined to continue her work building compassion around the world and will keep striving to set an example for doing what is right and doing what is good.”

The Times reported that sources had said they felt only a partial version had emerged of Meghan’s two years as a working member of the royal family.

The complaint was said to have been made in October 2018 by Knauf, who was the couple’s communications secretary at the time. Prince Harry was reported by sources to have pleaded with Knauf not to pursue it.

The latter is now chief executive officer of the Royal Foundation of the Duke and Duchess of Cambridge, with whom he took a job as an adviser after the 2019 move by Harry and Meghan to set up a separate official household with offices at Buckingham Palace.

Knauf was reported to have emailed Simon Case, who was then the Duke of Cambridge’s private secretary but is now the cabinet secretary, after discussions with Samantha Carruthers, the head of HR. Case was said to have forwarded it to Carruthers, who was based at Clarence House.

Knauf reportedly said Carruthers had “agreed with me on all counts that the situation was very serious” and he remained concerned that nothing would be done.

The Times reported that lawyers for Harry and Meghan had told the newspaper that it was “being used by Buckingham Palace to peddle a wholly false narrative” before the Winfrey interview.

A spokesperson for the couple was quoted as saying: “Let’s just call this what it is: a calculated smear campaign based on misleading and harmful misinformation. We are disappointed to see this defamatory portrayal of the Duchess of Sussex given credibility by a media outlet.

“It’s no coincidence that distorted several-year-old accusations aimed at undermining the duchess are being briefed to the British media shortly before she and the duke are due to speak openly and honestly about their experience of recent years.”

The CBS two-hour special in which the couple will be shown speaking to Winfrey will be screened on Sunday in the US and will be aired in the UK on 8 March on ITV at 9pm.

The royal household will be braced for revelations from the conversation, which is being trailed as “intimate” and “wide ranging”, as the couple discuss their lives within the royal family and their exit from senior working roles in the monarchy.

The bulk of the programme will be a conversation between Winfrey and Meghan; Harry is expected to join only for a concluding, future-oriented segment. The couple confirmed last month that they were expecting a younger brother or sister for their one-year-old son, Archie.

The events come as Harry’s grandfather, the Duke of Edinburgh, is sick in hospital in London. Prince Philip, 99, spent nearly two weeks in the private King Edward VII’s hospital before being transferred to St Bartholomew’s hospital on Monday for tests on a pre-existing heart condition.
Add Comment