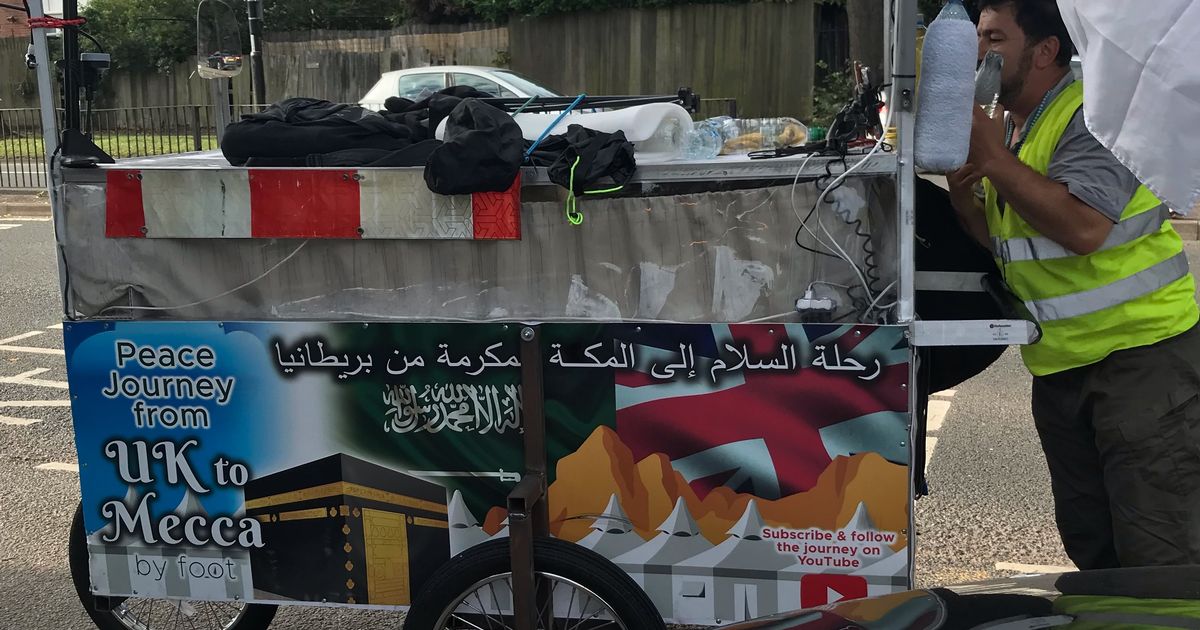 A Black Country man making a 'perilous' journey of a lifetime has become an accidental TikTok star.

Adam Mohammed is pushing a cart - which will double up as his home - Wolverhampton to Mecca in Saudi Arabia.

He is walking the nearly 4,000-mile journey alone, crossing borders and seas so he can reach the sacred city of Mecca, CoventryLive reports.

It is a once-in-a-lifetime journey that is seen as mandatory for all Muslims to make in their lifetime.

On his travels through the UK, Mr Mohammed has amassed more than 400,000 followers and 2.8 million likes on the social media platform TikTok.

But he isn't doing it just for fame, or even for purely religious reasons, but to "highlight to the world we are all equal and he is no better then anybody."

His journey will take him a year, and he leaves behind a wife and two children in Wolverhampton as he makes the journey across the continents.

Mr Mohammed actually built his cart himself, which weighs around 200-250kg, and it is where he will eat, sleep and cook for the next 365+ days.

Mr Mohammed was spotted travelling through Coventry earlier this week.

CoventryLive heard from a Cheylesmore resident, who wished to remain anonymous, who encountered Mr Mohammed last weekend as he travelled through her neighbourhood. 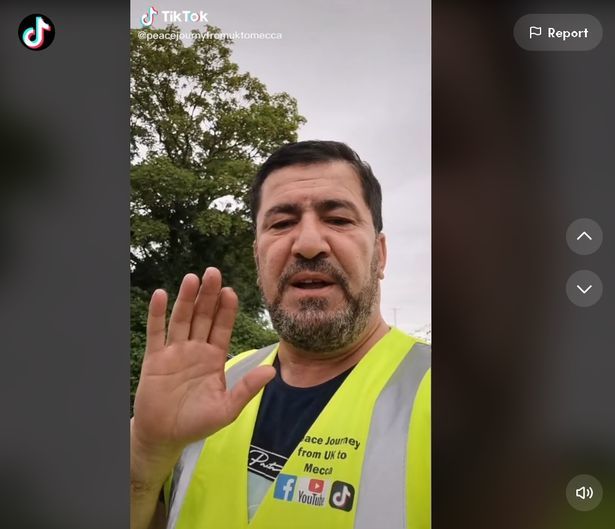 A screenshot of Mr Mohammed's Tik Tok page where he shares daily updates from his journey. He travelled through Coventry earlier this week

She said: "There was a commotion, when you live here day in day out, there was literally a gathering, a lot of people come here, there was a lot of cars, it looked a bit like a convoy.

"When I went out I just said to the lady there, she was just watching, are you okay? She said yeah we've followed this guy, Adam Mohammed from Birmingham.

"I said I've heard about this, and he was speaking to people, with any religion it can get a bit like people don't want to get told what to do, I don't want to say he was preaching, but he was saying this is what I'm doing."

The resident went on: "This like a normal 52-year-old dude, I don't think he's trained for it like a marathon, I think he's quite relatable." 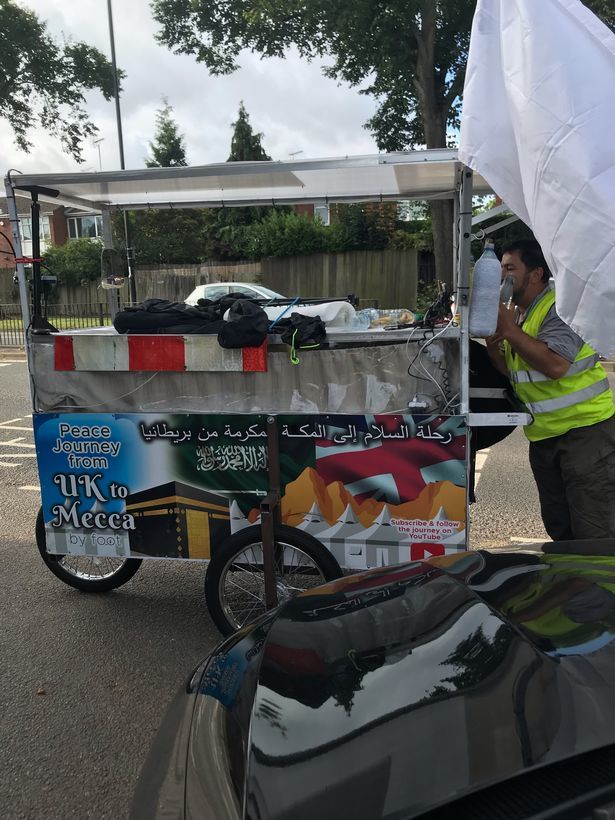 Midlander Adam Mohammed is making the journey of a lifetime by foot, from Wolverhampton to Mecca in Saudi Arabia. A Coventry resident sent in this picture of Mr Mohammed on his travels through Coventry on August 7

One look at Mr Mohammed's TikTok page, which is called @peacejournyfromuktomecca, shows just how much of a star he has become.

The unassuming social media star shares his daily live broadcasts from the road, also sharing tales of generosity he has received from local residents in the towns and cities he passes through.

After leaving Coventry Mr Mohammed went on to Bedford, where he was met with a feast from local residents, and on to Cambridge Central Mosque.

In one video he posted, which got over a million views, he shared how he was greeted with a KFC feast from the local community in Northampton.

Mr Mohammed has also encountered people along the way who offer to push his cart while he rests, and even had a fan who saw him on TikTok travel down from Scotland to support him.

A fundraising page set up to support Mr Mohammed's journey has already raised £20,000.

The page states: "After speaking to him for hours at a end I came to the conclusion he is not doing all this for name fame or money. But just to highlight to the world we are all equal and he is no better then anybody."

It goes on: "This is not going to be a easy journey for him, but is willing to sacrifice everything for the sake of Allah and giving himself up to Allah.

"Please help with any amount of donation so we can support him to reach his destination inshallah, and shine a different light on Islam."

And support has been flooding in for him across social media.

Writing on his GoFundMe page, Emily Jordan wrote: "I saw them walking in Northampton and assumed I could donate so googled it! What an amazing thing to do, couldn’t not donate. Good luck!"

Shazia Yaqub wrote: "insha’Allah, you reach your destination to mecca, may Allah grant you and your family the highest level of jannah. Our family shall be keeping update with your journey and thousands of people shall do the same, insha’Allah."

Sulma Parveen wrote: "He is doing a good deed and he is a very brave man."