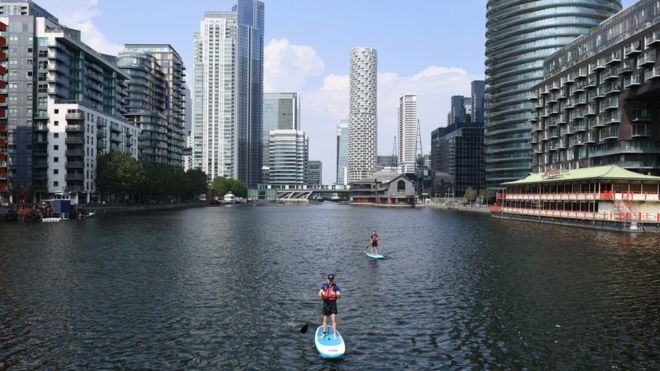 Central London has seen the longest stretch of high temperatures in almost six decades, as more thunderstorms are forecast across the UK.

The Met Office said temperatures surpassed 34C in the city for the sixth day in a row - the first time that has happened since at least 1961.

An amber storm warning is in place for much of England and Wales, including Liverpool, Bristol, Oxford and Cardiff.

A yellow storm warning - meaning there is a small chance of flooding and travel disruption - has been issued elsewhere in England and Wales, as well as in parts of Scotland, for Wednesday night.

The yellow warning applies to parts of England and Wales until Monday night next week.

The Met Office also warned of potential damage to buildings from lightning strikes or strong winds, and 30 to 40mm of rain falling in less than an hour in some places.

It comes after torrential rain and lightning lashed large parts of Scotland on Tuesday night. 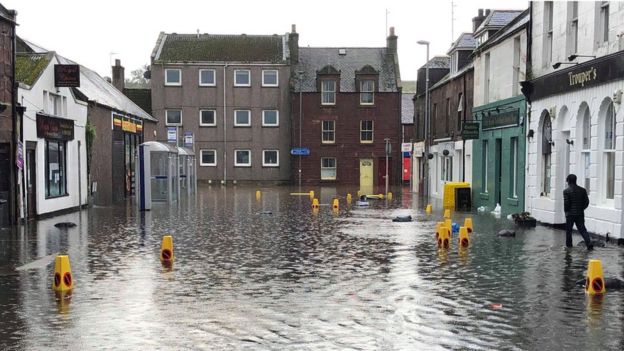 Three people have died after a passenger train derailed near Stonehaven in Aberdeenshire. It is thought the train hit a landslide after heavy rain and thunderstorms.

A major incident was also declared in Fife.

The Scottish Fire and Rescue Service said it received more than 1,000 emergency calls overnight due to the severe weather.

Ten properties in Lancashire were also affected by flooding following overnight storms, according to the Environment Agency.

However, hot weather has persisted elsewhere in the UK. 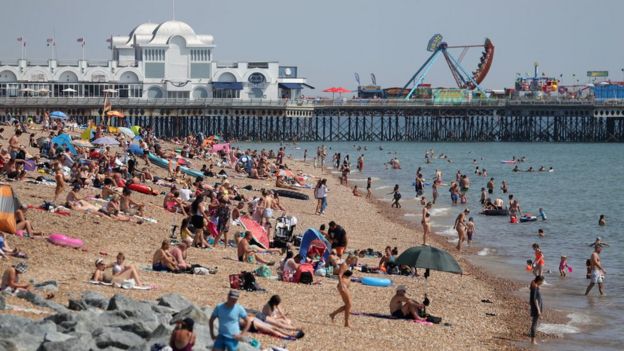 Devon and Cornwall Police warned the south west of England is "full to capacity", leading to "unprecedented demand" for 999 services.

The force said it saw an increase in anti-social behaviour and public order offences on Saturday and Sunday.

Assistant Chief Constable Jim Colwell said the weekend's events, spurred on by the hot weather, had forced officers to attend a "plethora of different incidents".

In Sussex, more homeowners had water supplies cut off or restricted on Wednesday. At least 300 householders had already been without tap water since Friday.

Steve Andrews, head of central operations for South East Water, said more than 150 million litres of extra water were being pumped into the network as the UK heatwave continues.