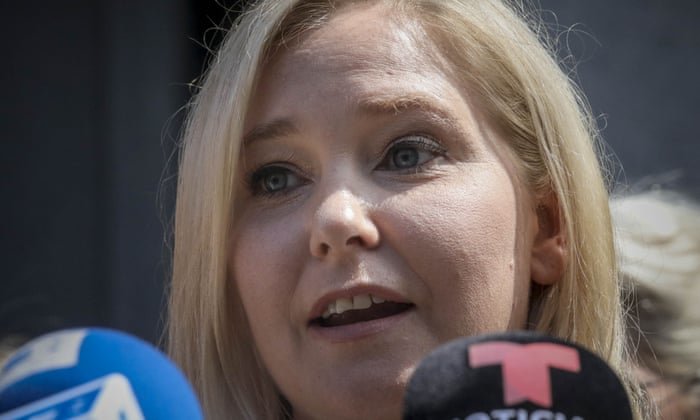 Scotland Yard has defended its decision to drop an investigation into claims of sex trafficking made against disgraced financier Jeffrey Epstein by a woman who says she was forced to sleep with the Duke of York.

It comes after Virginia Giuffre, who alleged she was trafficked to the UK aged 17 to sleep with Prince Andrew, criticised the Metropolitan police for failing to subject her complaint to a full inquiry in 2015.

But Scotland Yard, which says it has liaised with “other law enforcement organisations”, explained it concluded not to launch a criminal investigation as it “would be largely focused on activities and relationships outside the UK”.

Giuffre claims she slept with Andrew three times, including in London in 2001 at the home of his friend Ghislaine Maxwell. A photograph showing the prince with his arm around the then teenager’s shoulder with Maxwell in the background has dogged him in recent weeks as controversy grows surrounding his involvement with Epstein following his disastrous BBC interview.

On Monday, Giuffre accused Scotland Yard of corruption, writing on Twitter: “At first the Scotland Yard told me they were going to forensically examine GM’s [Ghislaine Maxwell’s] house in London – next thing I hear, just like the FBI, they were not allowed to pursue the investigation. Corruption in the highelevels [sic] of gov.”

In a statement on Thursday, commander for specialist crime Alex Murray confirmed the Met received an “allegation of non-recent trafficking for sexual exploitation” against Epstein and a British woman relating to “events outside of the UK and an allegation of trafficking to central London in March 2001”.

He added: “Officers assessed the available evidence, interviewed the complainant and obtained early investigative advice from the Crown Prosecution Service.

“Following the legal advice, it was clear that any investigation into human trafficking would be largely focused on activities and relationships outside the UK.

“We therefore concluded that the MPS [Metropolitan police service] was not the appropriate authority to conduct enquiries in these circumstances and, in November 2016, a decision was made that this matter would not proceed to a full criminal investigation.”

On Thursday night the BBC released a trailer of its interview with Giuffre before its broadcast on Monday.

After Epstein committed suicide in a New York jail cell in August while awaiting trial for further offences, Murray said the Met reviewed its decision but the force stuck by its original assessment. “The MPS has liaised with other law enforcement organisations but has not received a formal request asking for assistance in connection with this allegation,” he added.

It comes as security concerns have been raised at Buckingham Palace after a masseuse claims she was invited to Prince Andrew’s bedroom without being properly vetted. Monique Giannelloni has come forward to disclose that she was paid £75 for an appointment with the prince after being introduced by socialite Maxwell.

Giannelloni alleges that she was not searched, nor asked to sign in, before her appointment at the palace in 2000, which was booked by Prince Andrew’s then assistant Charlotte Manley.

Giannelloni, who has produced a signed cheque with Buckingham Palace branding in Manley’s name to prove she was paid for the visit, said she was only asked for her car registration plate before being waived inside by aides.

“It was so easy to get into the palace and it troubled me because I could have been anyone,” she told MailOnline.

“I didn’t know Andrew and never met anyone from the royal household. Nobody knew me. I wasn’t spoken to by a royal protection officer or asked any questions at all. Nobody checked my bag when I arrived or when I left. I certainly expected more stringent security checks.”