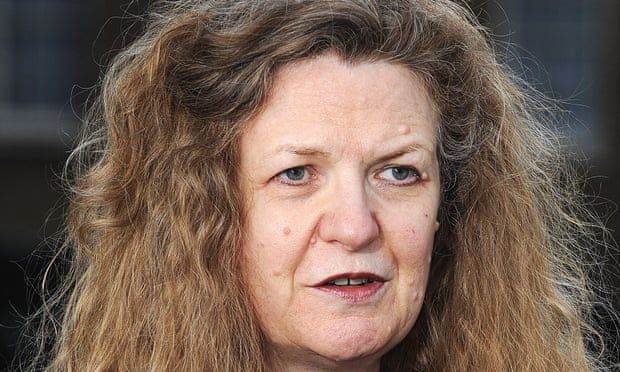 Joan Smith, who has campaigned and written extensively on the subject of sexual violence, including columns for the Guardian, has said she was removed from her position as co-chair of the violence against women and girls (VAWG) board by email. She had held the unpaid independent scrutiny role at City Hall since 2013, having been appointed by the then mayor, Boris Johnson, and continued under Sadiq Khan.

Smith told the Times this week that she believed she became “unpopular” at City Hall because of her efforts to prevent transgender women from entering protected spaces. She reportedly wrote to Khan on behalf of concerned charities after he tweeted last year that “trans women are women” and “trans men are men”. Smith said he did not respond.

Smith also alleged that she fell out of favour with the current administration after highlighting “endemic misogyny” in the Metropolitan police in the wake of Sarah Everard’s rape and murder by a serving police officer, and calling for improvements in how the force identified sexual predators in its ranks.

Sophie Linden, the deputy mayor of London for police and crime, said Smith’s claims were “simply not true”. She tweeted: “The structure of all our boards at City Hall is being changed. It has nothing to do with any views Joan has expressed.”

A spokesperson for the mayor’s office for policing and crime (Mopac) said: “Mopac has undertaken a review of all of its partnership boards, including the VAWG board, to enhance the strategic leadership of the criminal justice system for London and to standardise how all the boards are chaired.

“Our boards bring together a broad range of experts and provide a plurality of viewpoints on the complex issues we are working to tackle. Joan Smith’s expertise and insights on the VAWG board have been valuable and we are grateful for her time and service.”

Women’s Aid, the federation of organisations across England that provide services for women facing domestic abuse, is undertaking a consultation with members, survivors and stakeholders on the issue, which will conclude in the autumn, after acknowledging that “as our member services continue to tell us, the current law and guidance on how the ‘single-sex exceptions’ in the Equality Act work with the protected characteristic of gender reassignment is confusing and unclear.”