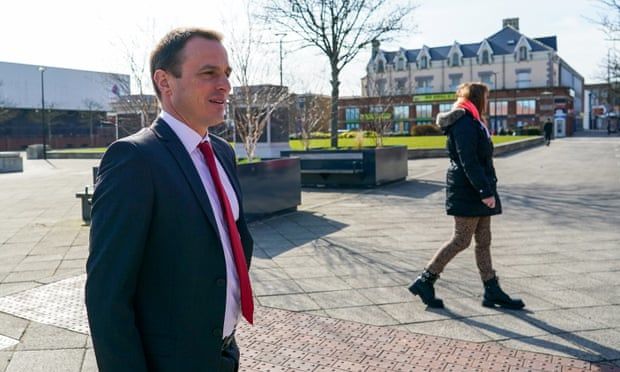 It also appeared to undermine Labour’s commitment to using all-women shortlists in key constituencies to increase female representation in the House of Commons.

The Guardian has been passed a letter sent to Labour officials by the chair of Hartlepool CLP, Moss Boddy, last Tuesday, the day of Hill’s resignation, calling on the NEC to “find a way” for Williams to be adopted as the candidate, “without delay”.

“It is essential that our candidate be in place in the next few days, so that they can hit the ground running,” the letter said, highlighting the need to avoid “navel-gazing,” and citing Williams’s record as a “proven local campaigner”.

The letter says it reflects the position agreed by Hartlepool CLP’s executive at an emergency meeting on Tuesday evening.

Williams, who was an MP for Stockton South from 2017-2019, had been standing as the police and crime commissioner for Cleveland. Labour hopes his status as a local doctor who has served on the frontline through the pandemic will help him to win what is expected to be a difficult race; but the Conservatives have highlighted his past opposition to Brexit.

Shadow foreign secretary, Lisa Nandy, said on Sunday it was right that Williams had apologised, but he should now make clear what he had learned from the “watershed moment” of the past few weeks, when women’s safety has been widely discussed in the light of Sarah Everard’s murder.

“What I want to hear from him and from others who’ve made comments like this is that they’re going to get this right in future,” she told the BBC’s Andrew Marr Show.

The Tories hope to take the Hartlepool seat from Labour – a rare feat for governing parties at byelections – cementing the gains they made in the north-east by winning the Tees Valley mayoralty in 2017, and taking several nearby parliamentary seats in 2019.

Labour’s selection process was criticised on Sunday by Len McCluskey, general secretary of the Unite union. “If that’s Keir’s definition of democracy well it’s certainly not mine,” he told Times Radio. “It’s not even a pretence any more. A shortlist – actually it was a longlist – of one man. It beggars belief.”

He accused Starmer of undermining party democracy, and claimed the Labour leader risked being consigned to “the dustbin of history”.

With local and mayoral contests taking place across England on 6 May, as well as elections for the Scottish parliament and Welsh parliament, Labour is putting heavy focus in its campaigning on the national issue of NHS pay.

The deputy Labour leader, Angela Rayner, will help launch Williams’s byelection campaign for the 6 May on Monday.

She will argue that the decision to recommend a 1% rise for NHS workers amounts to a real-terms pay cut for 7,000 staff in the Hartlepool area.

“After all they have done for us, this really is the ultimate insult and is a kick in the teeth for our hard-working NHS staff. The choice in Hartlepool is a clear one between a Conservative candidate who wants to cut nurses’ pay, or Dr Paul Williams who has been working on the frontline at Hartlepool hospital and will stand up for our NHS heroes and our key workers,” she said, ahead of her visit.

Labour believes the Conservatives made a major political misstep by recommending a 1% increase, which amounts to a real-terms pay cut. However, government insiders point out that the final amount, once the independent pay review body has made its recommendation, is likely to be higher.
Add Comment