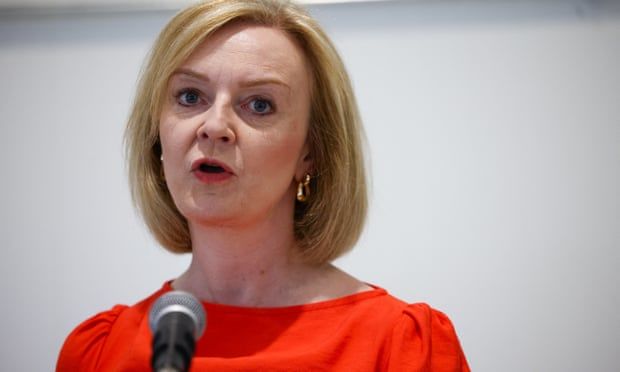 Liz Truss pitches herself as the ‘education prime minister’

The Tory leadership hopeful, whose endorsement by party heavyweights has added to the sense she is pulling ahead of rival Rishi Sunak in the race for No 10, unveiled a six-point strategy on Saturday “to get Britain’s education system back on track”.

That includes expanding existing academies which are high performing, while replacing failing ones with free schools – newly set up academies.

Academies are state-funded schools that are independent from local authorities.

In an often-repeated line of her leadership campaign, Truss said she saw “first-hand how children were failed and let down by low expectations” during her comprehensive state schooling in Leeds.

The remarks have previously drawn criticism from political leaders in the city, and former pupils and staff of her former school, Roundhay.

Truss, a former minister for education and childcare, also pledged to drive up the quality of maths teaching and meet the “target for 90% of primary children to reach the expected standard in literacy and numeracy”.

She would aim to give working parents access to childcare around the school day and extend the range of providers who accept government childcare entitlements.

The foreign secretary also said she would follow through on government plans to change staff-to-child ratios for young children, bringing England into line with ratios in Scotland, proposals Labour has called “pathetic”.

Truss, who studied at Oxford, promised to reform admissions procedures for Oxbridge and other top universities “so students who get top grades in their A-levels would be automatically invited to apply”.

Truss said: “My six-point plan will ensure our education system gets back on track by giving every child the tools they need to succeed.

“Through a laser-like focus on improving maths and literacy standards we will make a real difference to children’s lives and by giving families greater choice and flexibility when it comes to childcare we will also save them money.”

Truss has previously said she would end the ban on new grammar schools, selective schools that critics say might stretch brighter pupils, but increase inequality overall as the attainment of other children suffers.

Sunak has also said he backs their “return”, but it is understood to mean the expansion of existing grammar schools.
Add Comment