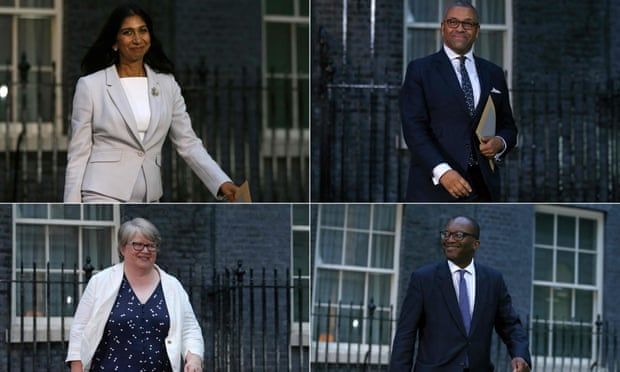 Liz Truss new cabinet in full: who is in and who is out?

Here’s the full list of cabinet appointments at the end of Liz Truss’s first day as prime minister.

*  Kwasi Kwarteng, chancellor of the exchequer

*  Nadhim Zahawi, chancellor of the duchy of Lancaster, minister for intergovernmental relations and minister for equalities

*  Penny Mordaunt, leader of the House of Commons and lord president of the council

*  Lord True, Lord privy seal and leader of the House of Lords

*  Kemi Badenoch, international trade secretary and president of the board of trade

*  Wendy Morton, chief whip and parliamentary secretary to the Treasury

*  Edward Argar, paymaster general and minister for the Cabinet Office

*  Vicky Ford, minister for development at the Foreign Office

*  Tom Tugendhat, minister for security at the home department

*  James Heappey, minister for the armed forces and veterans at the Ministry of Defence

*  Graham Stuart, minister for climate at the business department 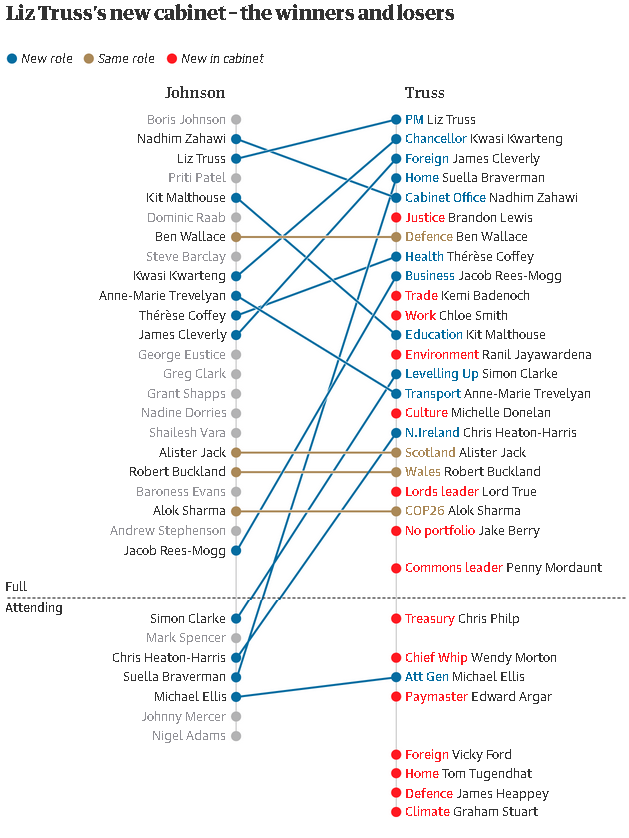