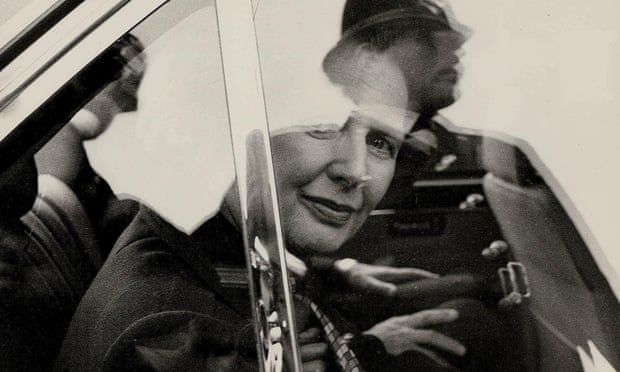 Nostalgia, royal navel-gazing and angst: modern Britain is in danger of repeating the mistakes of 40 years ago
Midway through last week, I spent a couple of hours in Redditch, 15 or so miles south of Birmingham. My daughter plays the drums, and she wanted to see the new statue of the late John Bonham, who grew up in Redditch, joined the hugely successful hard rock group Led Zeppelin, and died a tragic death in 1980. We found the impressive memorial in the local market square – an obviously popular meeting place, sullied by a conspicuous line of vacant shops.

Redditch has had a rough time of late. Even now, its Covid infection rate is among the highest in the country. Like so many places, the town has said goodbye to its branch of Marks & Spencer, and is about to lose its Debenhams department store too. In the spring sunshine, it felt pinched and forlorn. This was thrown into sharper relief by what we then listened to on the car radio: endless chatter about the death of the Duke of Edinburgh, the supposed magic and wonder of the royal family, and the arrangements for his funeral.

Not for the first time lately, the combination of visible decline and royal spectacle took me back to a time I can just about remember from my childhood: the period of national angst that ran from the mid-1970s to the early 1980s, punctuated by the Queen’s silver jubilee of 1977 and the wedding of Prince Charles and Lady Diana Spencer in 1981. Histories of the period chronicle the messy end of the postwar consensus and plummeting economic prospects. Given that I was at primary school, my memories have more to do with sticky-floored supermarkets, power cuts and an everyday life that sometimes felt strikingly difficult.

Then as now, monarchy did what it was programmed to do, and offered people a nostalgic reassurance. The basic story is laid out in The Writing on the Wall, a very readable account of national decline by the Labour MP turned TV journalist Phillip Whitehead, published in 1985. “The second Elizabethan age, of superpower status on vanished means, and brave new ventures from [the trailblazing UK-made plane] the Comet to the conquest of Everest, had not turned out as planned,” he wrote. In the jubilee’s sea of red, white and blue, there was both a momentary distraction, and a reminder of old glories. “One way to confront a future that might not work,” he said, “was with the trappings of a past which had worked.”

But there were also dissenting, more disruptive voices. In the 1970s, both Plaid Cymru and the SNP enjoyed surges of support – the latter ended up topping Scottish opinion polls. As Whitehead wrote, “it was entirely possible that the United Kingdom itself might break up”. There is a chapter in his book titled Black British, about the decade’s toxic racial politics, and the struggle of people of colour to achieve even a basic level of esteem and respect. It contains an insight that, after the government’s recent race and ethnic disparities report, has a grim modern resonance: “Racism in the institutions was the fundamental issue. Too often it was shirked.”

Which brings us to Margaret Thatcher, who spoke the populist language of patriotism and national destiny, and sometimes tilted towards the language of the far right. In 1979, the Conservative party was elected to power on an 11% swing among skilled workers, and 9% among those classified as unskilled. Political analysts warned that the Labour party was facing “a working-class electorate with only a minimal sense of class interest”. Because the economy was in such a mess, everything was being upturned and fragmented: to some extent, things have remained that way ever since.

Indeed, underneath the brittle optimism created by Covid vaccines and the equally fragile promise of a return to normal, the UK of 2021 displays many of the same essential themes as the country of four decades ago. Thanks to the backward-looking fantasies of Brexit, the union is straining more than ever before, and there are frightening developments in Northern Ireland. After 10 years of austerity, and in the midst of an economy being transformed by the internet, millions of people’s immediate environment has once again turned shabby and hollowed-out.

Labour has been reminded that its supposed core vote is nothing of the kind. Some parallels, meanwhile, show that whatever politicians’ vanities, we have come a lot less far than many people would like to think – something vividly demonstrated by recent analysis by the Guardian showing that 40% of young black people in the UK are now unemployed – the same level of joblessness as the early 1980s and the inner-city riots.

There is, moreover, the same sense of living in a troubled country that has reached the end of an era and has yet to find out what might come next – but with one crucial difference. Whereas the pain of 40 years ago was all about the end of a postwar settlement based around state planning, trade union power and large-scale economic interventionism, we may now have reached the demise of what replaced it: the small-state, free-market approach that was weakened by the crash of 2008, and surely rendered obsolete by the vast level of state intervention necessitated by coronavirus.

This development might suggest grounds for optimism, were it not for a key political fact: continued Conservative dominance of England, partly based on a set of essentially cultural ideas with loud echoes of the 1970s and 80s. Back then, the brilliant writer and thinker Stuart Hall said that Thatcher authentically spoke “for those people who felt they were left behind by permissiveness, threatened by affluence, challenged by the sexual revolution, who never wanted a libertarian society, who believe in greater authority, in the family, in paternal authority”. Boris Johnson might not believe in that kind of Conservatism, but in a modified form it remains at the heart of his party, and the wider interests it speaks for. It is the credo of such activists’ favourites as Priti Patel and Jacob Rees-Mogg; it enters the national conversation on a regular basis via the Daily Mail.

Somewhere in the cloud of nostalgia and deference kicked up by recent royal events, you can discern the same stuff. The key question of our time, it seems to me, is whether those beliefs will endure, or if we will finally find a view of ourselves and the world more suited to the 21st century. The delusions and denial of 40 years ago, after all, were damaging enough the first time around; to go on repeating them would be the stuff of truly surreal folly.
#Boris Johnson  #Coronavirus  #Priti Patel  #Vaccines  #Johnson  #Covid
Add Comment