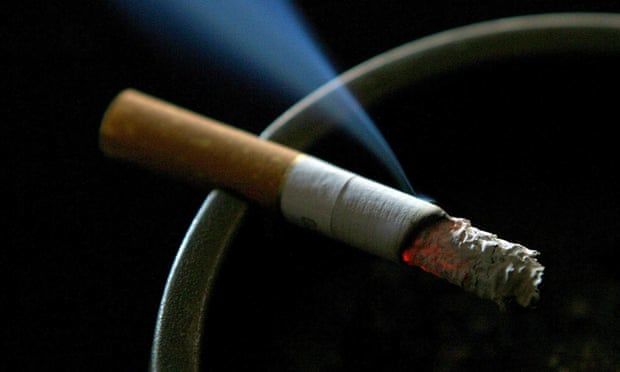 Legal smoking age in England could be raised to 21 – report

Independent review also expected to support new taxes on tobacco company profits
The legal smoking age in England could reportedly be raised from 18 to 21 after a “radical” review into plans to make the country smoke-free by 2030.

An independent review commissioned by the health secretary, Sajid Javid, and led by Javed Khan, the former chief executive of the children’s charity Barnardo’s, is also expected to support new taxes on tobacco company profits, according to the Telegraph.

The review is also expected to recommend the NHS increase efforts to encourage smokers, particularly among pregnant women, to switch to vaping and e-cigarettes.

The Telegraph also reports that Javid, who gave up smoking after becoming health secretary last year, had considered recommending the minimum age be raised to 25. He is also understood to be in favour of major changes to the government’s tobacco policy, including tightening rules on sales.

Khan has said he supports a “polluter pays” approach that would force tobacco companies to finance anti-smoking policies. When the review was launched he said his findings would “help highlight key interventions which can help the government achieve its ambitions to be smoke-free by 2030 and tackle health disparities”.

A source who Khan consulted with during the review told the Telegraph: “The stance he’s taken in the meetings I’ve had with him has been quite radical.”

Three sources reportedly said the review, commissioned in February, was “political cover” for Javid to avoid Downing Street ditching the 2030 target amid fears the Conservatives might be accused of trying to implement a “nanny state”.

The minimum age for tobacco purchases was last raised from 16 to 18 in England, Scotland and Wales in 2007. Smoking in enclosed public spaces and workplaces was made illegal in England, Wales and Northern Ireland in the same year, following on from Scotland which brought in legislation the year before.

Javid is said to have looked at policies in the US, where the legal age is 21, and New Zealand, where the purchase of cigarettes will forever be illegal for anyone currently aged 14 and under.

The prime minister, Boris Johnson, is not thought to believe the age should be increased because 18 is recognised by the government as the threshold of legal responsibility, the Telegraph reports.

The review was initially planned for publication next week but has since been delayed. Any recommendations resulting from the report would be subject to a consultation before the announcement of any new policies.

A Department of Health and Social Care spokesperson said: “Tackling issues such as smoking is a priority for the office for health improvement and disparities and a key part of the government’s levelling up agenda. This is why we launched the independent review of our bold ambition to make England smoke-free by 2030.

“The review will provide independent, evidence-based advice on potential interventions that will inform our approach to tackling the stark health disparities associated with tobacco use – and we look forward to seeing the report in due course.”
#Boris Johnson  #Johnson
Add Comment