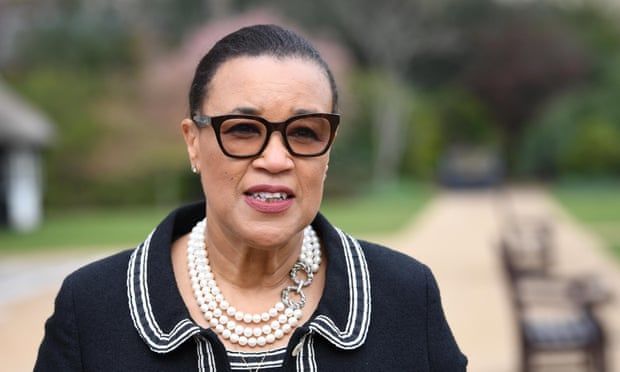 Kenya’s defence minister, Monica Juma, was nominated on Tuesday for the post in a surprise move, which came despite the fact no date is yet set for the next Commonwealth summit – the likely backdrop for any attempt to try to force out Scotland. Some supporters of Scotland suspect Kenya has been encouraged by Britain – with which it has close ties – to mount the challenge.

The British Foreign Office was said to have lost confidence in her leadership after a series of allegations about her leadership style and spending in her office, including claims she spent £338,000 refurbishing her grace-and-favour apartment in Mayfair.

Kenya believes the vote could be held as early as October, or next March.

Juma said: “The reason we have this candidature is because I believe firmly that I am a visionary, strategic, innovative and transformative leader with a track record of successful public service, proven commitment and integrity that I have developed in service in government, in research and policy institutions, in private organisations at the national, regional and international levels.”

Kenyatta praised Juma’s diplomatic experience, predicting she would be a consensus candidate.

Scotland was attorney general during a Labour government and is a QC. She is the sixth Commonwealth secretary general and has been in office since 1 April 2016.

Incumbents can usually serve two four-year terms, however, her renomination was delayed when the Commonwealth summit set for 2020 in Kigali, Rwanda, was twice postponed. If she decides not to fight to stay in office there remains the possibility that Caribbean countries could look for an alternative candidate, arguing it is the turn of their region to head the organisation.

Britain rejected an attempt to renominate Scotland automatically in 2020, saying a private canvass of commonwealth countries had shown she did not have majority support, and adding she may face a challenge.

The intergovernmental organisation comprises more than 50 countries, many of them former British colonies, encompassing almost a third of the world’s population.
Add Comment