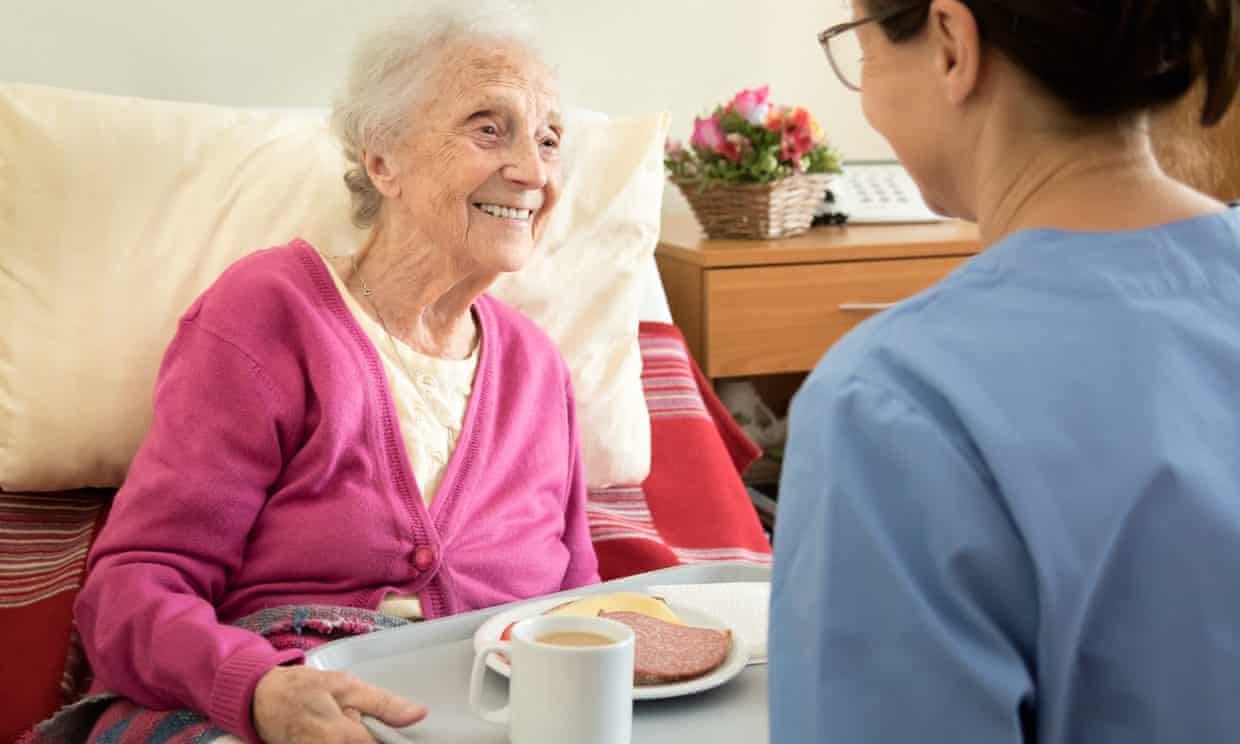 Party expected to offer free help with washing, dressing and meals for people over 65

A Labour government would launch a multibillion-pound plan to reverse austerity cuts to care services and fix England’s growing social care crisis, shadow ministers are expected to announce next week.

A £7bn-a-year programme of free personal care for people over 65 who need help with washing, dressing and eating will be at the heart of the strategy, which is likely to be unveiled by the shadow chancellor, John McDonnell, on Monday.

The plan would pump an additional £8bn into local authority adult social care departments over the next few years to increase the number of care packages, expand specialist dementia services, and invest in higher pay and extra training for care staff.

Labour would introduce a lifetime cap limiting the amount individuals pay for residential care before state support kicks in. It does not specify a figure but promises it will be less than the £72,000 cap set in the 2014 Care Act, which was never implemented.

“The adult care system is so mired in crisis that we have to do something about it,” a Labour source said. “We have to have a system that is fair across the generations and pools the financial risks.”

Free personal care was introduced for over-65s in Scotland in 2002 to pay for help with daily tasks such as bathing, dressing, personal hygiene, going to the toilet, and meal preparation. Numbers receiving free care doubled, but the cost was offset by reductions in costly hospital admissions.

Funding will be distributed to councils according to levels of local need, and national standards of eligibility will be set to attempt to remove the postcode lottery by which individuals with similar needs receive differing levels of care depending on where they live.

Adult social care has climbed up the domestic political agenda in recent months, amid signs of growing political consensus that the system is in crisis. An estimated 1.4 million people who need care are denied it as a result of cuts, means-testing and rationing, while many others receive only basic “clean and feed” levels of care.

Providing care for the growing number of older people – by 2040 a quarter of the UK population will be over 65 – as well as a big increase in the number of disabled people of working age has put huge strain on councils whose finances have been squeezed by nine years of cuts.

Since 2010, £7.7bn has been cut from adult social care budgets in England. Last month the Age UK charity described the care system as “working at full pelt, stretched to its limit and still failing people left, right and centre”. There are fears that in some areas of England private social care providers dependent on council funding could collapse.

It became a key issue for the Tory leadership contenders over the summer, and one of Boris Johnson’s first promises after becoming prime minister was to “fix the crisis in social care”, although plans to publish funding options have reportedly been put back until at least after Christmas.

The sheer expense of reforming social care funding has meant that proposals have been vulnerable in recent years to being denigrated as a “death tax” or a “dementia tax”, meaning any plans for public investment are seen as electorally high-risk.

However, a high-powered all-party House of Lords report in July, chaired by the Tory Lord Forsyth, which anticipated Labour’s policy by calling for billions to be invested in social care, suggests there may be scope for political consensus on the issue.