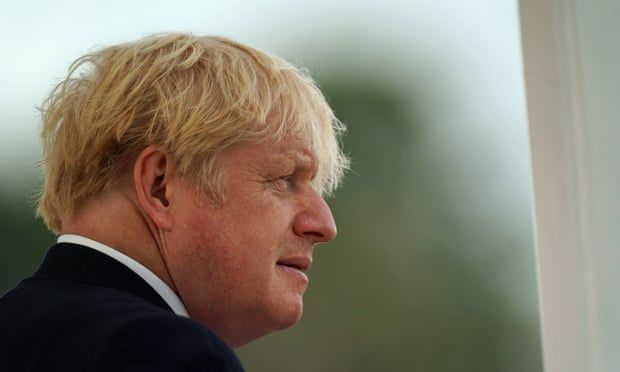 The Labour leader, who represented the the National Union of Mineworkers (NUM) in court over the pit closures orchestrated by the Tories in the 1980s, accused the prime minister of being “out of touch”.

Johnson drew outrage on Thursday when he claimed Thatcher had given the UK an “early start” in the shift away from fossil fuels by closing pits and followed up by laughing about it.

In a video on Twitter, Starmer said: “I stood by the miners under the Tories and I stand by their communities now. These communities contributed so much to the success of our country and then they were abandoned. The Tories didn’t care then. And they don’t care now.

“To treat the pain and suffering caused to our coalmine communities as a punchline shows just how out of touch Boris Johnson is. The prime minister must apologise immediately.”

Earlier, Downing Street declined to apologise for the remarks but said Johnson recognised “the huge impact and pain” that was felt by communities at the time.

Three mayors representing millions of people across former coalfields of northern England said voters would feel as if they were being treated with “utter contempt” by the prime minister.

Dan Jarvis, the mayor of the Sheffield city region, said: “Thatcher’s destruction of the coalmining industry left a trail of devastation across the Yorkshire coalfields, without a thought for the people and communities that were so deeply affected as a consequence. We are still picking up the pieces to this day. Boris Johnson choosing to laugh about that destructive legacy tells you all you need to know.”

Tracy Brabin, the mayor of West Yorkshire, said Johnson had shown his “lack of understanding of the devastating impact pit closures had on our communities in West Yorkshire”.

Jamie Driscoll, the mayor of the North of Tyne combined authority, said: “I’m not sure that the miners’ strike has ever been on the syllabus at Eton, but the prime minister’s understanding of history is somewhat skewed.”

As the backlash grew on Friday, the prime minister’s spokesperson declined to offer any regret for his words. “This government has an ambitious plan to tackle the critical issue of climate change, which includes reducing reliance on coal and other non-renewable energy sources,” they said.

“During the visit the prime minister pointed to the huge progress already made in the UK transitioning away from coal and towards cleaner forms of energy, and our commitment to supporting people and industries on that transition.”

Sturgeon said lives and communities across Scotland had been “utterly devastated by Thatcher’s destruction of the coal industry”, adding it had “zero to do with any concern she had for the planet”.

Martin Gannon, the Labour leader of Gateshead council, said: “Boris’s comment is a bit like saying, ‘The harrowing of the north by William the Conqueror was just his way of decreasing the surplus population and introducing modern security measures.’

“Needless to say, Boris’s experience and knowledge of the social and economic consequences of Thatcher’s decarbonisation programme on the former coalfield communities could easily be written on the head of a pin.”

Simon Greaves, the Labour leader of Bassetlaw council, said areas like his were still coming through the legacy of deindustrialisation forced by the Conservatives and was furious that they were being treated as “the butt of a joke by the prime minister”.

“This is a subject that still runs very deep in the minds of local people. They have been outraged by his comments and they can’t believe the insensitivity.”
#Boris Johnson  #Johnson
Add Comment