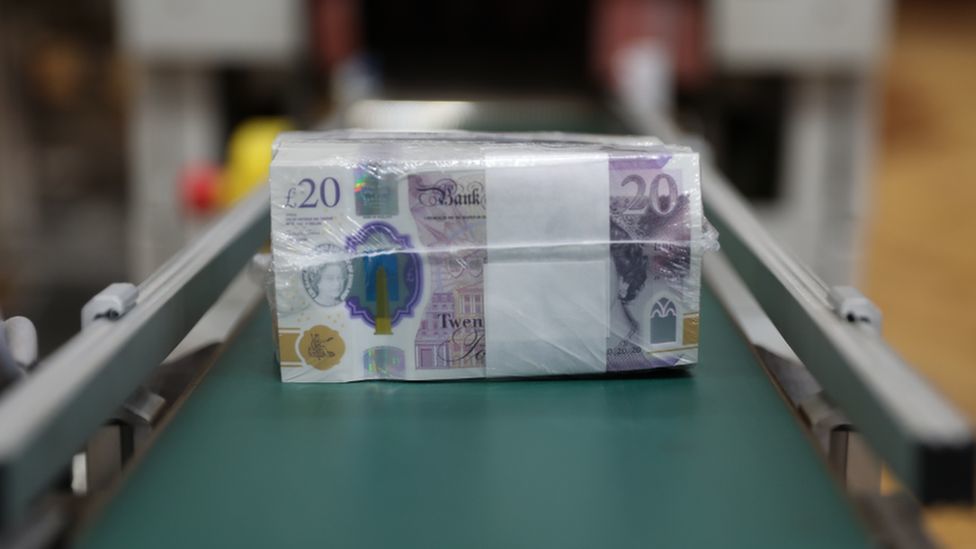 The days of spending paper banknotes in the shops are numbered: 100 days, to be exact - so start hunting at home.

Remaining paper £20 or £50 notes should be spent or deposited by the end of September, the Bank of England said.

An estimated 163 million paper £50 banknotes and about 314 million £20 paper notes were still in circulation, the Bank said.

These notes are being replaced with plastic versions, just like the £5 and £10 note, which are more durable.

The Bank said the newer, polymer notes were also harder to counterfeit.

"The majority of paper banknotes have now been taken out of circulation, but a significant number remain in the economy, so we're asking you to check if you have any at home," said the Bank's chief cashier, Sarah John, whose signature is on the new notes.

From October, people with a UK bank account should still be able to deposit the paper notes into their account or at the Post Office, but spending them will be impossible.

The paper £20 notes issued by Bank of Ireland, AIB Group, Danske Bank, and Ulster Bank in Northern Ireland will also be withdrawn after 30 September.

The Bank of England's paper £20 featuring economist Adam Smith has been in circulation since 2007, but has been gradually replaced by the plastic version which includes the work and portrait of artist JMW Turner.

Also being withdrawn is the paper £50 note which shows the manufacturers Matthew Boulton and James Watt. This entered circulation in 2011 but is now substituted for the polymer note featuring Alan Turing.

He helped accelerate Allied efforts to read German Naval messages enciphered with the Enigma machine, and so shortening World War Two and saving lives. He was also pivotal in the development of early computers, first at the National Physical Laboratory and later at the University of Manchester.

Turing was gay at a time when homosexuality was illegal and he was convicted for having a relationship with a man. The government apologised for his treatment in 2009, and Turing received a posthumous Royal pardon in 2013. His appearance on the new £50 note has been welcomed by parts of the LGBT+ community as a symbol of a country facing up to the way gay men were persecuted.

The polymer fiver featuring Winston Churchill launched in 2016, and the plastic £10 note including the portrait of Jane Austen was first issued in 2017.

All old paper banknotes can be exchanged by the Bank of England at any time.