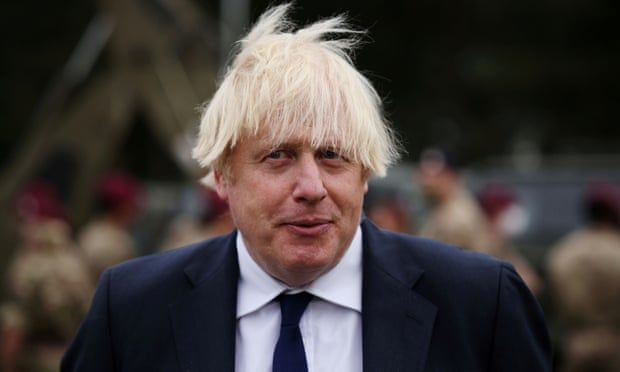 Plans to raise national insurance contributions to increase funding for the NHS and to overhaul social care have been privately criticised by cabinet ministers – and MPs have told the chief whip they could oppose the measures in the Commons.

Johnson, along with the chancellor, Rishi Sunak, and the health secretary, Sajid Javid, will announce a three-year funding settlement for the NHS from next April, as well as extra cash to tackle the hospital backlog. On Monday, Johnson is expected to announce an extra £5.5bn this year for the NHS, the Guardian understands.

There is also a planned overhaul of the social care system that is likely to include a lifetime cap on care contributions.

Branded as the NHS and social care tax, it would see an increase in NICs of more than 1%, initially directed at shortening NHS waiting times, which have worsened during the pandemic.

Critics in the party and across the Commons have suggested that the NICs rise would be disproportionately loaded on to younger and lower-paid workers.

Senior No 10 and Treasury sources said discussions between officials were ongoing on Sunday and final figures had not been agreed. Officials are also thrashing out how the extra taxation can work with systems in the devolved nations such as Scotland, where care is already largely paid by the state. “No one seems to have an answer to this,” one cabinet minister said.

The announcement expected on Tuesday is slated to be made alongside another manifesto-breaking move to break the pensions triple-lock link to earnings, after a higher-than-expected rise in wages which would have seen the Treasury paying out an additional £5bn in pensions.

A number of cabinet ministers have privately signalled opposition to the tax rise. The leader of the House of Commons, Jacob Rees-Mogg, fired a warning shot over the plans, using his Sunday Express column to quote the former US president George Bush senior: “Read my lips: no new taxes.”

“Voters remembered those words after President Bush had forgotten them,” Rees-Mogg wrote, alluding to the broken promise many blamed for Bush’s subsequent election loss.

However, another cabinet minister said tax increases for the NHS backlog and social care would find some tolerance with the public. “I think people realise that stuff has to be paid for, especially NHS backlog,” the minister said.

The former chancellor Philip Hammond criticised the plan, saying it “would provoke a very significant backlash. I think it would cause the government – the Conservative party – significant damage.”

Hammond is among a number of senior Conservatives who oppose the planned rise to fund an overhaul of social care, including the former prime minister John Major, the former lord chancellor David Gauke and the former Tory leader Iain Duncan Smith.

The peer, who was chancellor between 2016 and 2019, also said he would vote against the legislation in the House of Lords if the opportunity arose. Johnson could put the plan in a vote before the Commons within the next few weeks before the party conference break.

A number of Tory backbenchers said on Sunday they had spoken to the whips office to express significant disquiet about the NICs rise. “Just raising taxes doesn’t ‘fix’ anything – it doesn’t solve any actual problems. I think it would be a mistake, and I’ve told my whip as much,” one red wall MP said.

“If the ‘big reveal’ of a decade of thinking is this, then some people want sacking.”

One former minister expressed concern at the focus on funding the overhaul rather than the issue itself. “To that extent, it’s cart before horse,” the MP said.

“The breach of the manifesto commitment is also a worry. If we say we won’t do something, we shouldn’t unless there are especially pressing and cogent reasons, which there aren’t here.”

Sunak will address a reception of 1922 Committee of backbenchers on Monday and though the meeting is informal, one MP said he was likely to be “nobbled” by concerned colleagues. Johnson will also address backbenchers later this week at a more formal Q&A after the announcement.

Reports have suggested Johnson could also use the end of the week to reshuffle his cabinet – with high-profile casualties likely to be Dominic Raab and Gavin Williamson. Amanda Milling, the party chair, could also be replaced by the popular minister Nadhim Zahawi, who is responsible for the vaccines rollout.

Raab has been tipped for a move to the Cabinet Office, allowing him to keep the title of first secretary of state. A number of ambitious ministers have been tipped to replace him at the Foreign Office, including the international trade secretary, Liz Truss. The role could also go to Michael Gove – though one party source said he could be given the Home Office brief and Priti Patel moved to the Foreign Office.

Approval ratings for Raab have plunged among party members amid damaging stories about his tardy return from holiday to handle the Afghanistan crisis – as well as a briefing war and public dissent with the defence secretary, Ben Wallace.

A survey by Conservative Home showed Raab dropping 21 places in the cabinet approval league table, from third-most popular to fourth from bottom. The site, which regularly surveys party members, said the fall was one of its biggest ever, similar to Theresa May’s plummeting approval rating after the 2017 election.

Truss has the highest approval ratings of any cabinet minister. “Liz really wants the foreign secretary job and has been making that known,” one senior Tory said. Another said: “Will Boris promote someone more popular than him? That would be a first.”

Though one Whitehall source said they believed the reshuffle would take this week, Johnson is said to be wary of making enemies and had been inclined to delay change until after Cop26 in Glasgow. “He does not like an ambitious cabinet, he always says he likes ‘old tired lions – so I can be king lion’,” the senior Tory said.

Williamson, who has been a target of constant criticism over exam results and schools’ Covid policies, is expected be replaced and moved to a parliamentary role such as leader of the House of Commons. His departure could lead to a promotion for the equalities minister, Kemi Badenoch.