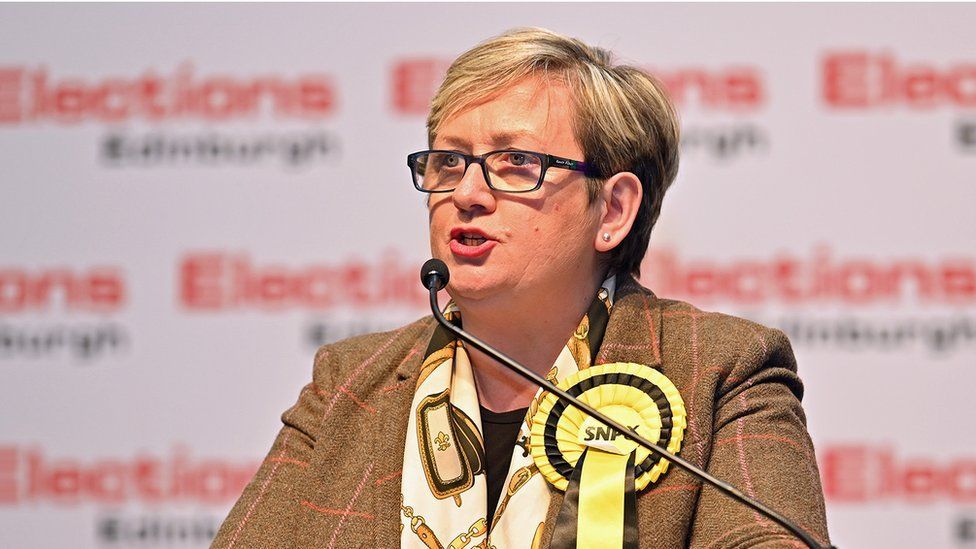 The SNP MP Joanna Cherry has resigned from the party's national executive committee.

She said "a number of factors" had prevented her fulfilling her mandate "to improve transparency and scrutiny", and "uphold the party's constitution".

Her decision comes after MP Douglas Chapman stood down from his role as party treasurer citing a lack of "support or financial information".

The Edinburgh South MP was re-elected to the SNP's governing body last year.

She announced her decision to quit on Twitter, but said she would be making no further comment at this stage.

Ms Cherry, a QC, played a leading role in legal battles with the UK government during the Brexit process, but has clashed with a number of SNP colleagues at Westminster over transgender rights and the party's strategy for independence.

Her resignation comes just 48 hours after Dunfermline and West Fife MP Douglas Chapman stepped down as the party's national treasurer, saying he had not been given enough information to do his job.

It is understood his decision is linked to a continuing row about the use of cash ring fenced for a second independence referendum. Both MPs were among those pressing for progress towards a second vote.

Questioned about Mr Chapman's resignation, Deputy First Minister John Swinney told the BBC's Sunday Show he could not understand what had prompted the decision.

Asked whether Police Scotland was investigating "£600,000 of SNP funds that was raised by activists and campaigners and perhaps diverted elsewhere?" Mr Swinney replied: "Not to my knowledge, no."