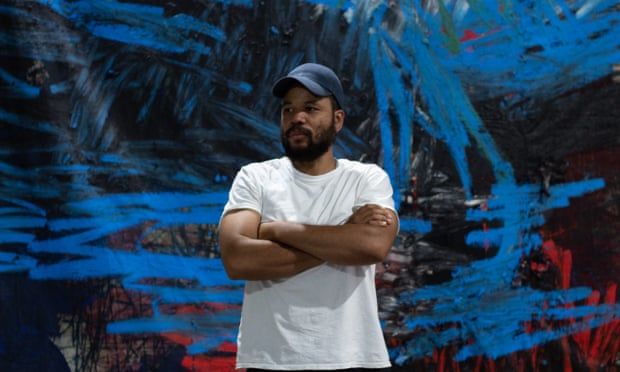 Is Oscar Murillo the new Jean Dubuffet? Plus the real Dubuffet! – the week in art

Murillo shows work he commissioned by children in 30 countries, Alison Watts says it with flowers and time is ticking to catch the must-see Dubuffet

Exhibition of the week

Oscar Murillo: Frequencies
The joint winner of the 2019 Turner prize exhibits artworks he commissioned from children at 350 schools in 30 countries. Is Murillo the new Dubuffet?
*  Artangel at Cardinal Pole school, Hackney, London, 24 July to 30 August.

An artwork from Oscar Murillo’s Frequencies.

Joshua Reynolds
The West Country connections of the great Enlightenment portrait artist who founded the Royal Academy are revealed in Family & Friends: Reynolds at Port Eliot, showing in the city where he was born.
*  The Box, Plymouth 24 July to 5 September. 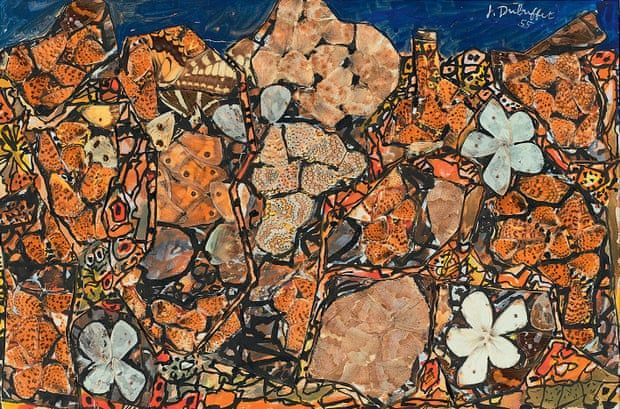 Garden with Melitaea (Jardin aux Mélitées) by Jean Dubuffet from the show at the Barbican, London.

Jean Dubuffet: Brutal Beauty
This explosive encounter with the hilarious and profound genius who invented art brut is the exhibition of the year. If you have not yet seen it, GO.
*  Barbican, London, until 22 August

Image of the week 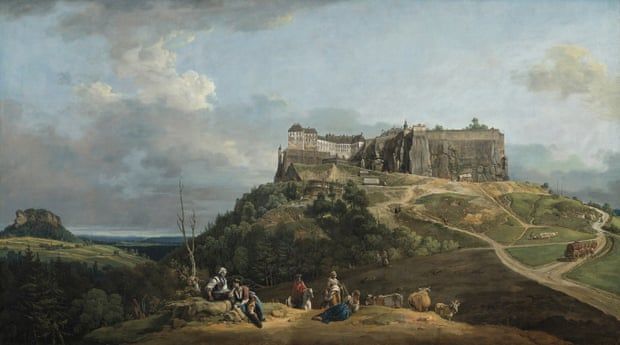 The Fortress of Königstein from the North-West (1756–8) by Bernardo Bellotto.

Bernardo Bellotto, the nephew and pupil of Canaletto, channelled his master’s Venetian magic into these five sublime views of a fortress in deepest Germany, on display at National Gallery, London.

The EU’s tallest apartment building has been finished in Benidorm …

Funding cuts to university arts courses in England will go ahead …

… Artists in Britain do not have freedom of speech …

… particularly in Southend-on-Sea, where an artwork about Britain’s ‘nuclear colonialism’ was removed

Elsewhere in Essex is a coastal art trail …

… while Menorca’s newest art gallery carries a whiff of Somerset

… and Phyllida Barlow is at large again – in Highgate cemetery

Four decades of British youth are captured in Youth Rising in the UK: 1981-2021

The Folkestone Triennial is big on fun – and home truths

Community museums were shortlisted for UK’s most lucrative arts prize …

… while all the big museums want Pope.L’s guerrilla brilliance

Coby Kennedy made a plexiglass cell to show where a teenager was imprisoned on Rikers Island, New York …

Masterpiece of the week 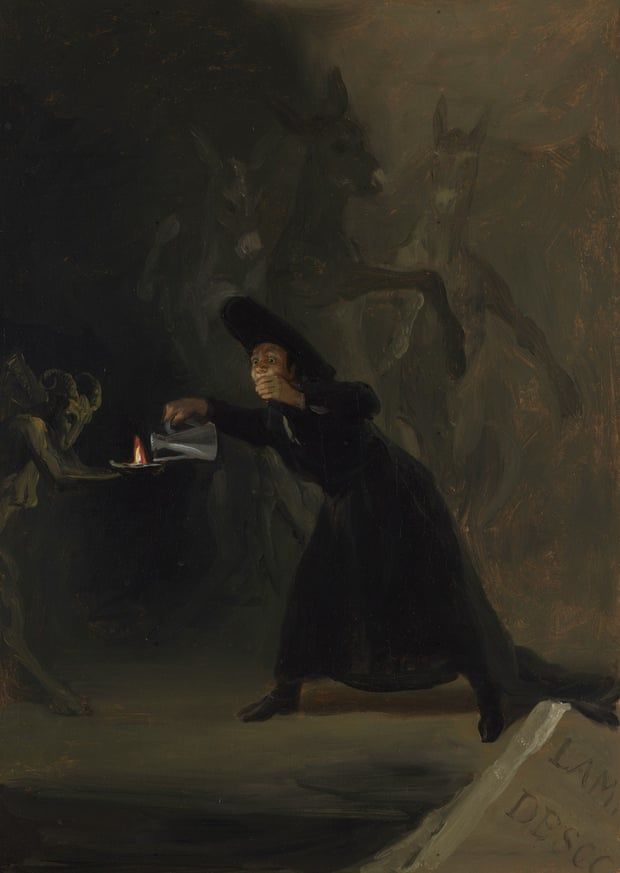 Goya, A Scene from The Forcibly Bewitched, 1798
It’s just a play. It’s not real. Don’t worry. So you might tell yourself when looking at this scene from a Spanish drama in which a man is fooled into thinking he will die if he lets his lamp go out. Goya, who made his fortune in the late 18th century designing tapestries and painting portraits, captures the comedy in the bright, intense colours that made him fashionable. But something’s not right. Those spectral donkeys looming up – are they really just scenery? Goya makes the flame of the lamp intense and hot, as if it were the only light in the world. This is the uneasy joke of an artist whose nightmares were all too real. Within a few years, the Napoleonic wars would plunge Spain into cruel anarchy and Goya would paint the terrifying frescoes of madness, superstition and witchcraft known as his Black Paintings. Here he peeps behind the curtain into the dark.