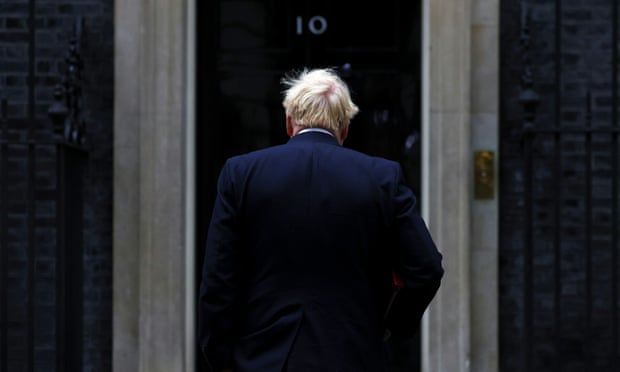 ‘I can’t look at Johnson without feeling sick’: readers’ verdicts on Partygate

People, some of whose relatives died alone during lockdown, react to the 126 fines for Whitehall breaches

The Metropolitan police have confirmed that Boris Johnson will not receive any more fines for lockdown-breaching gatherings after an investigation into events in Downing Street and Whitehall.

The police force said it had issued a total of 126 fixed-penalty notices, covering all 12 events investigated.

Here, people tell the Guardian about the family members they lost during lockdown and how they feel about the outcome of the investigation. 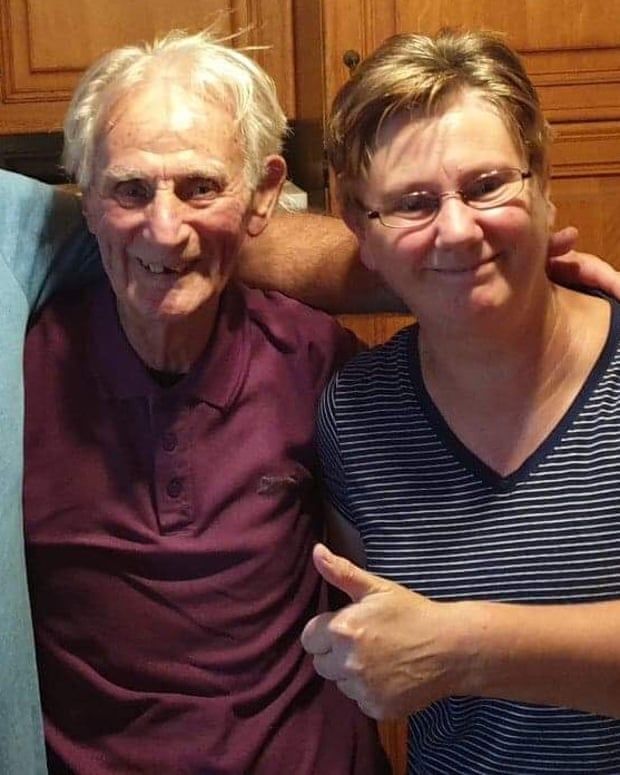 Penny Roberts (R) with her father.

I’m beyond outraged. One [fixed-penalty notice] should have been enough anyway as it proved he misled parliament. How is he still PM? I find it insulting, disgusting and depressing in equal measure. It’s an indicator of how low morals are in the Conservative party generally, and it’s alarming to watch him lie. I lost my dad in April 2021. He was admitted to Treliske hospital, who informed us they could not save him from bacterial pneumonia. I do not know if he knew the prognosis. We were unable to be with him at the end, which was devastating for us as a family. I cannot say more than that as I find it too upsetting to recall.

The only blessing is he did not have to witness how low Johnson has dragged the reputation of the UK, and the terrible damage he is inflicting upon us. He was 95 and got ill. I cannot blame Johnson for that, but the manner of his death and subsequent restrictions on his funeral were due to laws made by this government which Johnson ignored with impunity. He treats us with contempt and I cannot look at him without feeling physically sick. I am not alone. Penny Roberts, 62, NHS administrator, Illogan, Cornwall

I used to think that there was a certain base level of fairness in our society which overrode privilege and position. No longer. I think that all the fines that were extracted from the rest of the population for organising or presiding over gatherings should be repaid. I know it will never happen but I still think it should.

I’m not much of a royalist but the image I can’t get out of my mind is the Queen sitting alone at her husband’s funeral. The head of state obeying the rules to the letter. I cannot imagine how Scotland Yard will be able to justify this. It will further erode confidence in the Metropolitan police. Peter Grimsdale, 67, author, former Channel 4 head of religion

‘Johnson is either culpable … or incompetent’

In September 2020, my grandmother died alone, with no members of her family around her. Only three of us were able to even go to her funeral. We were extremely close and I had always promised her that I would not let her die alone. I had to break that promise because of the laws which were made and broken by Boris Johnson and his team. I will never forgive them.

The prime minister was responsible for the laws which were made at the time, and should be held to AT LEAST an equivalent standard to anybody else. If there was an event which other people have been fined for attending, and he also attended the same event, I find it incomprehensible that he should not also be fined. He should be answerable for every event which took place at Downing Street during the whole period, it being both his home and his workplace. Either he knew about all of them (even if he managed to resist attending any of them) and is therefore culpable, or he didn’t know what was going on around him involving his family and staff, and he is therefore incompetent. Alex McKeown, 43, teacher, West Sussex

‘I am amazed – but not surprised’

I am amazed, but at the same time, not surprised. Johnson (and his enablers/colleagues) have done more in the last few years to erode public trust in government and other institutions than any other government at any point I can remember in my lifetime, and it is that which perhaps worries me more than this particular incident.

The behaviour of Johnson and his cabinet falls far short of what we should expect of our leaders; the lying, self-serving approach, the blatant cronyism – is causing people now, more than ever, to think that there is absolutely no point in voting or engaging in politics, because it won’t make any difference. And this is the worst point of all. People now assume that there is nothing they can do and simply give up. Jim Rennie, 54, works for software company, Wallasey

If there are no more fines due, that’s not a problem as long as the full and due process was carried out. It’s all about the PM being treated fairly but without favour too. Now there should be an immediate publication of the full and unredacted Sue Gray report. There’s no excuse for any more delay. Jon Gray, 44, university lecturer, Derbyshire

I’m bored of the whole thing. It’s political points scoring by both sides. Pretty well everyone I know, and know of, broke the strict rules at some stage. There are bigger problems to sort out than having a drink, having a small gathering, having a curry. We are not a Chinese-style police state. Let’s move on. Mark, 62, lawyer, London

‘If the Tories want to tie themselves to Johnson’s sinking ship, then let them’

I am appalled. He was at the same events as other people who received fines for being there. Why wasn’t he fined again? It’s honestly not surprising. If the Tories want to tie themselves to his sinking ship then let them. They are completely and utterly out of touch on everything that relates to the general public, including Partygate and the cost of living crisis.

The leader of our country should be adhering to the highest of standards; there are no excuses and he is not fit to lead. The prime minister broke the law whilst at work. If I had done that I would’ve been sacked. His status and position of power enable him to get away with this behaviour and I am disgusted that his fellow Tory MPs are allowing it to carry on. Sophie, 36, works in healthcare, Norwich