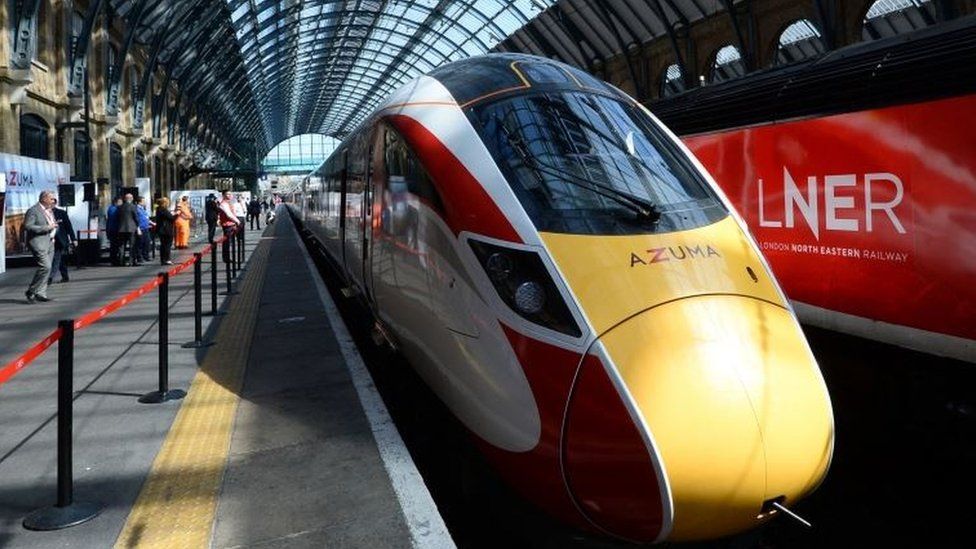 Rail services across the country are being cancelled in the run-up to Christmas as rising numbers of staff fall ill with Covid.

More than 90,000 tested positive for Covid in the UK on Monday, but the true number is thought to be much higher.

In the past week 5.2% of trains were cancelled, versus an average of 2.9%, according to the Rail Delivery Group.

LNER, which runs services on the East Coast main line, is operating an amended timetable in the week before Christmas because of the number of absent drivers and train managers. Sixteen services are being cancelled each day.

A spokesperson for LNER said services were being reduced “as a result of an increase in the number of our staff self-isolating due to Covid”. It is offering customers refunds or fee-free re-booking.

In Scotland, ScotRail reported more than a hundred cancellations on Monday.

Northern, which runs services across the North of England, is also warning that passenger “services are being affected by the impacts of Covid and unavailability of train crew”. It said there could be short-notice cancellations.

South Western Railway said it had only seen a small number of alterations this week, but was closely monitoring the impact of the new Omicron variant on staff availability.

However it urged customers to check for late-notice changes, saying “as cases continue to rise, some short notice alterations may be required throughout the festive period”.

Govia Thameslink, which operates the Thameslink, Great Northern and Southern franchises, said it may also have to cancel services at short notice due to high numbers of staff off sick with Covid and other seasonal illnesses.

It said staff were also taking time off after receiving booster jabs.

The Rail Delivery Group, which represents train operators across the UK, said its members had reported that 8.7% of their staff were off sick due to all causes including Covid.

That figure stood at 7.6% a month ago. Though the increase may sound small, train operators only have limited contingencies for absences before they have to start cancelling services.

The RMT union, which represents transport workers, said that with infections rising, absences would have severe consequences for services, but the safety of staff and the public must come first.

Avanti West Coast is another operator experiencing staff shortages and warning of short-notice cancellations. It has removed all peak restrictions over Christmas, to try to spread out demand.

West Midlands Railway has also said fewer trains are running. In addition to rising rates of Covid among staff, the operator’s website also advises that its driver training programme has been severely disrupted by the virus and social distancing constraints. This has resulted in trainees taking longer to qualify.

CrossCountry is also warning of train crew shortages and disruption. It is advising passengers to travel as early as possible.

Great Western Railway said it was seeing increasing absence rates, and some disruption of its services. Judging by reservations, it expects Thursday to be the busiest day of the week.