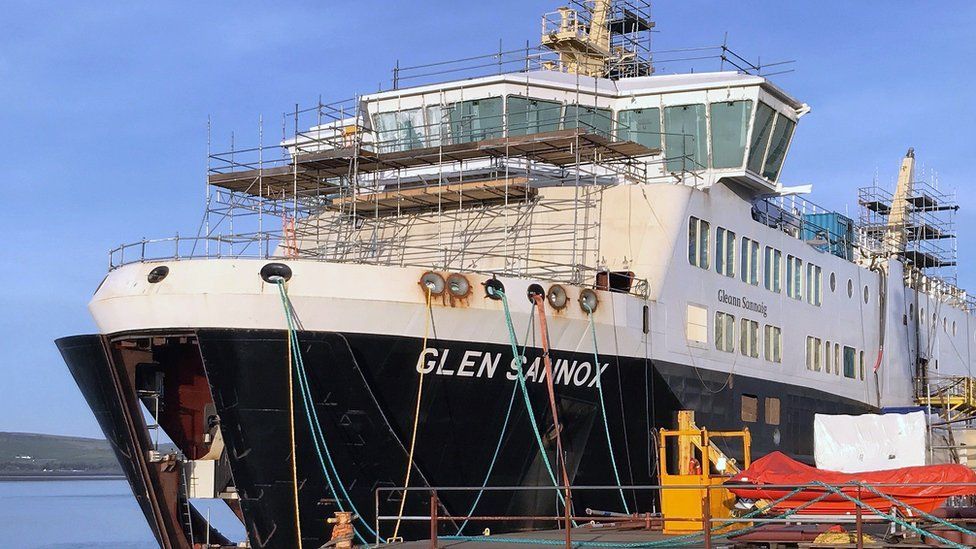 A Scottish government minister has denied claims a £97m contract to build two ferries was awarded for "political purposes".

Humza Yousaf said he did not agree with the assessment of Jim McColl, who owned the yard which won the contract.

The ferries will be five years late and could cost more than £250m - the additional costs will have to be picked up by the taxpayer.

It follows the publication of a damning report by Audit Scotland into the saga.

The watchdog was unable to establish why the order was given to the Ferguson shipyard without normal financial safeguards.

Official documents show several former and current ministers were involved in the decision to award the contract.

And it has led to calls for Ms Sturgeon to make a statement on the issue at Holyrood on Tuesday.

Mr McColl believes the SNP rushed through the contract without safeguards because it wanted good publicity at its party conference in 2015, according to a report The Sunday Times.

It quotes the businessman as saying: "The audit report has revealed we were given the contract for political purposes. Everything was about the optics and timing the announcements for political gain."

Mr Yousaf, a former transport minister who now holds the health brief, told BBC One Scotland's The Sunday Show he did not agree with Mr McColl's assessment. 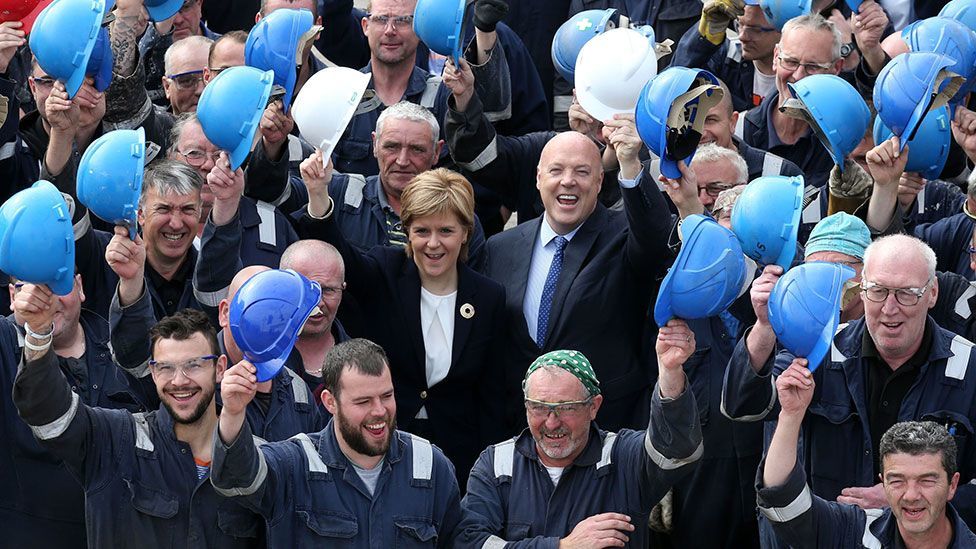 Asked whether Ms Sturgeon would address the issue at Holyrood, he said: "I have never once seen the first minister shy away from parliament.

"She of course took a significant number of questions on Thursday [at First Minister's Questions], so what the parliament chooses to do and who it chooses to call is a matter for parliament."

However, Douglas Ross, the leader of the Scottish Conservatives, described Mr McColl's comments as "extraordinary".

"From what Mr McColl has said, there are serious questions for the first minister to answer," he said.

Who took the decision?

On Thursday Nicola Sturgeon told Holyrood the "buck stops with me" over the deal.

But she highlighted that Derek Mackay was transport minister at the time the £97m contract with Ferguson was signed off. He resigned from the government in 2020 over messages he sent to a teenage boy.

The Scottish government published an email from October 2015 in which his permission is sought to go ahead.

However, other documents on the government website suggest Keith Brown, then infrastructure secretary, was asked to sign off Fergusons as preferred bidder in August 2015 as Mr Mackay was on leave.

The first paragraph of the document addressed to Mr Brown states: "In the absence of the Minister for Transport and Islands on leave (sic), your approval is sought for CMAL to award shipbuilding contracts of a total cost of £96m for 2 new major ferries for the CHFS network to Ferguson Marine Engineering Ltd (FMEL)."

Shortly after being named as the government's preferred bidder, Fergusons notified CMAL - the government agency which owns and procures ships for CalMac - it could not provide the full Builder's Refund Guarantee (BRG), which was stipulated in the contract.

This would have provided full repayment guarantees if the ships were late, failed to meet specification or if the shipbuilder went bust.

Against the advice of CMAL, the final sign off came in October 2015. An official document shows the final approval was requested of Derek Mackay in a memo copied to Keith Brown.

The memo also notes that John Swinney, the deputy first minister, "approved the financial implications" prior to Ferguson being announced as the preferred bidder by Nicola Sturgeon. 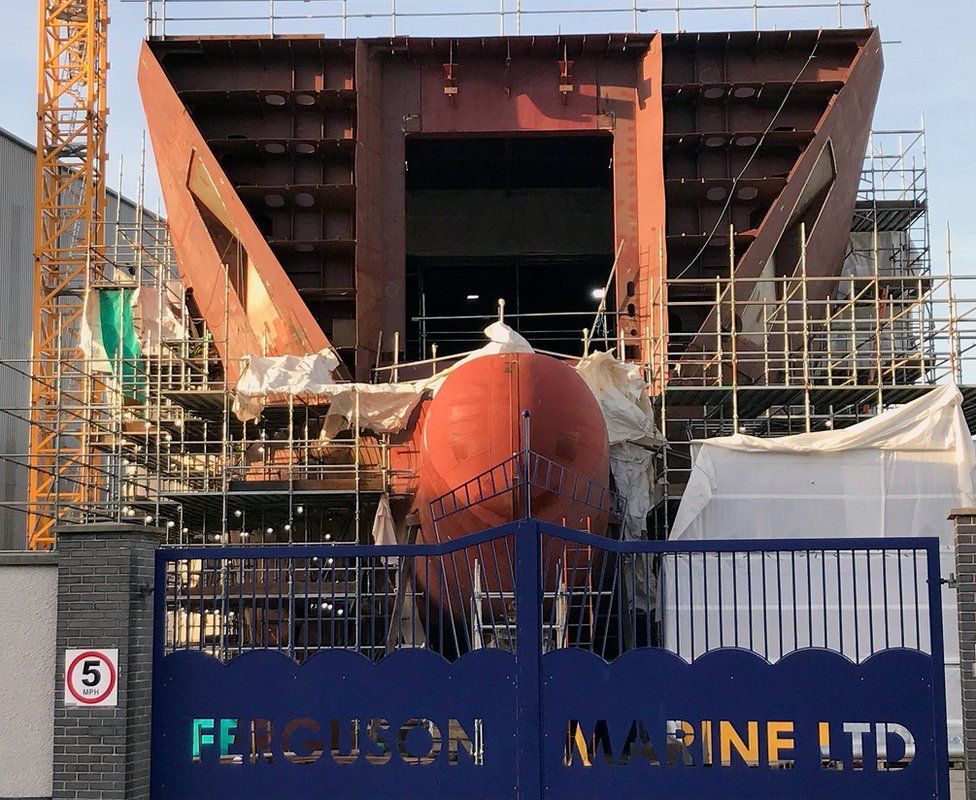 The second ship, known as Hull 802, is still under construction in Port Glasgow

The Scottish Conservatives' Douglas Ross said the documents show the contract was a "done deal long before" Derek Mackay's approval was sought.

"On Thursday, [Ms Sturgeon] tried to say this scandal was all Derek Mackay's fault but there is more and more evidence that she may have misled parliament by making that claim.

"We're giving Nicola Sturgeon every chance to answer these shocking charges. There is no excuse for dodging responsibility and hiding from scrutiny. She must appear before the Scottish Parliament when we next sit on Tuesday to tell the public how and why their money was lost."

The Scottish Liberal Democrats joined calls for a public inquiry, describing the Fergusons announcement at the SNP's 2015 party conference as "probably the most expensive sound bite in the history of Scottish party conferences".

"The actions that the Scottish government has taken have helped to secure jobs at the last remaining commercial shipbuilder on the Clyde."

Humza Yousaf says he does not agree with claims the contract was rushed through for good publicity.
Add Comment