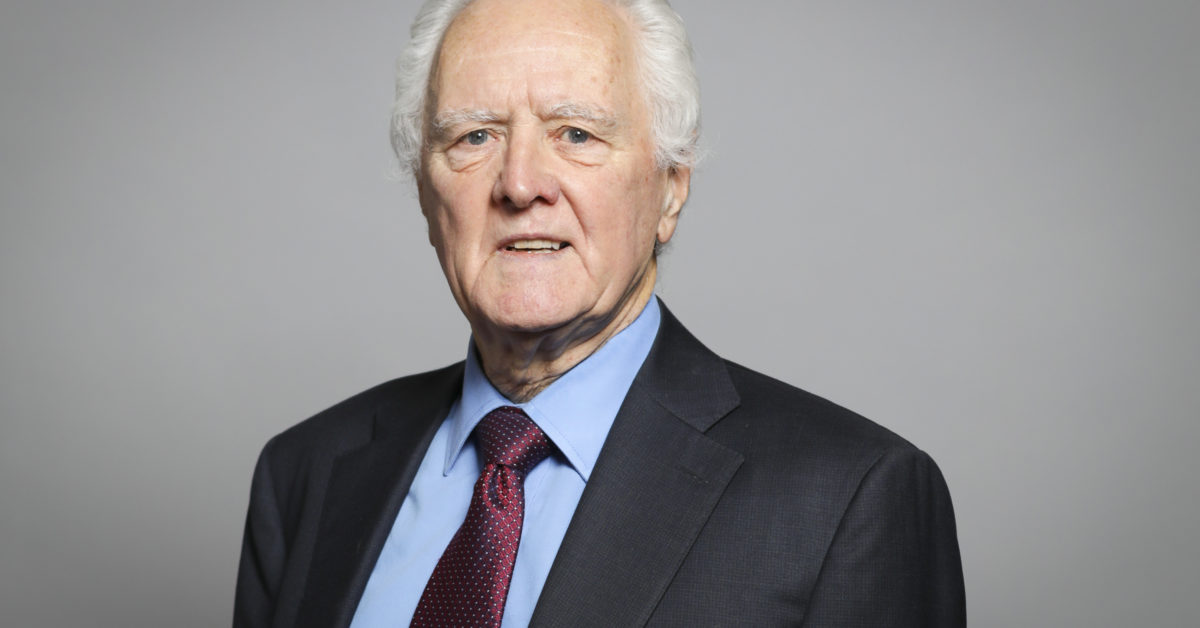 Lord McFall wants peers in the UK’s second chamber to get closer to the people they serve.

The new man at the helm of the U.K.’s House of Lords is on a mission to make the august upper chamber more representative of the country — but he knows he has his work cut out.

The newly elected Lord Speaker, Lord McFall of Alcluith (or John McFall), wants to change the Lords’ reputation as a remote and overstuffed anachronism.

Apart from reducing the size of the ballooning legislature — a task his predecessor tried and failed to tackle — he wants to bring their lordships closer to the people. Literally.

Like the world’s biggest aging rock band, he has ambitions to take the chamber on a tour of the U.K. In addition, he must steer the chamber through the tricky process of unwinding many of the remote-working practices that have been necessary during the COVID crisis, while retaining those that have proved most useful.

First though, there was the traditional pomp and ceremony to attend to. It is difficult to think of many jobs in which your first week entails meeting Queen Elizabeth II. But this was McFall’s introduction to the job as he took part in the state opening of parliament as one of his first items of business. 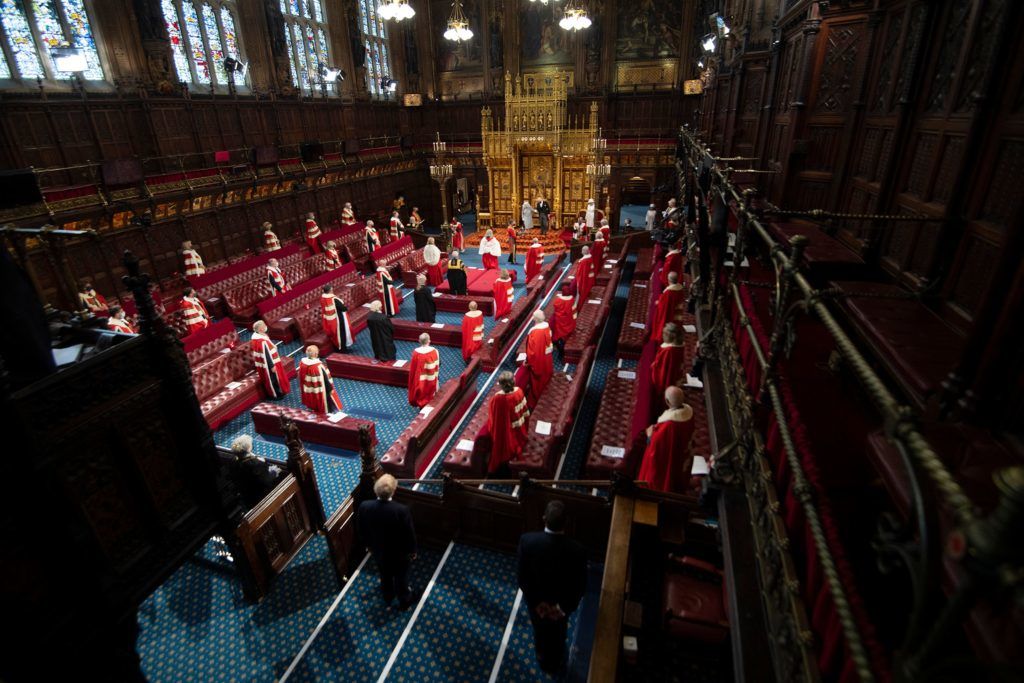 Lord McFall of Alcluith wants to take the chamber on a tour of the U.K.

“It’s wonderful that the queen is coming along,” he tells POLITICO, “given everything else that has been happening in her life. I’ve got nothing but admiration for that.” The state opening on Tuesday was her first official engagement since the death of her husband, the duke of Edinburgh.

Ahead of the practice run, McFall was fitted for black-and-gold ceremonial robes which the speaker must wear for the occasion, which marks the start of the new parliamentary session.

“Some of the jobs I’ve had in the past, I’ve been given a uniform to stick on — a boiler suit, but nothing as grand as this,” he says.

McFall, 78, who hails from Dumbarton on the River Clyde, an area once famed for shipbuilding, had his share of jobs before winding up in parliament. He left school at 15 before working for the local parks department and in a factory before training as a chemistry teacher.

He spent 13 years teaching, latterly as a deputy head, which may have proved useful experience when he ended up as a Labour MP and then as chairman of the Treasury select committee. In that role he took on responsibility for hauling bankers and regulators over the coals at the time of the 2008 financial crash.

He first entered the Lords in 2010, a few months after standing down as an MP and in 2016 became senior deputy speaker of the Lords, a key role in the administration and supervision of the House. That résumé assisted him in beating the widely tipped favorite, Labour’s Dianne Hayter, to the post in an election last month.

The lord speaker is a strange and sometimes misunderstood part of parliament’s machinery. The position was created less than 20 years ago to act as a kind of emissary for the House of Lords, raising awareness of its often bizarre workings and taking ultimate responsibility for its management.

Unlike the Commons speaker, the Lords equivalent does not have a formal role in maintaining order or acting as an umpire. The chamber prides itself on being “self-governing,” and, as such, it is often much more unruly than the Commons.

It would not be uncommon, particularly during four years of fractious debates on Brexit, for peers to be heard shouting over one another, refusing to sit down, or, if they felt another member had started waffling, to simply call out: “Too long!”

Those days are gone, and it is unclear when they might return. COVID-19 put paid to the practice of some 500 peers with an average age of 70 gathering together in an overcrowded chamber every day to interrogate one another. “It’s hard to imagine a more perfectly designed superspreader environment,” as one parliamentary official put it.

The House of Lords has adapted, some would say more enthusiastically than the Commons. Most contributions now take place via videoconference, voting is conducted electronically (unlike in the short-lived experiment in the Commons) and only 30 peers can attend in person at any one time.

Could it remain a work-from-home legislature? “I would start from the premise …. that it will have to get back to normal,” McFall says. “We do miss a lot. I’ve been very fortunate and been able to work through the pandemic remotely but there just isn’t the same cut and thrust.”

Once the Lords is back in full force, however, he suggests it ought to consider reintroducing digital voting in limited circumstances, such as for peers who would otherwise have to travel a great distance. It’s a move that would reduce their carbon footprint and increase regional diversity.

McFall is passionate about breaking London’s grip on politics — something that chimes with one of British politics’ current preoccupations, as the Labour Party struggles to connect with its traditional strongholds in the north of England and the government eyes the future of the United Kingdom’s union nervously.

“The big feeling is, at the moment, that people feel they are not listened to, that they’re not understood,” he says. “It’s important for us to reach out to the whole country and, coming from Scotland, I want to ensure that the voices in Scotland, Northern Ireland and Wales are represented.”

To this end, he mentions the example of a colleague, Lord Bassam, who took a committee inquiry into coastal towns on tour to different areas of the country. He admits that replicating this for the Lords as a whole would be “a big ambition” but adds: “I think it’s worth starting down the road on that.”

The job of the second chamber is to scrutinize and revise legislation sent its way by MPs in the Commons. Alongside the former MPs, party donors and handful of remaining hereditary peers, many of its unelected members are seasoned experts in their fields who bring a lifetime of experience to debates on science, housing, foreign affairs and the rest.

While McFall has little power over the makeup of the Lords, he is keen to tackle a long-running problem — the chamber’s size. It is a source of perennial embarrassment to the U.K. legislature that its upper chamber has, while nobody was looking, swelled to 797 members. Everyone agrees it is too large, but nobody can agree on what to do about it. McFall calls it a “fundamental reputational issue”.

A report commissioned by McFall’s predecessor Norman Fowler in 2017 recommended a one-in, two-out system, like the most elite nightclub imaginable, but that’s proved difficult to enforce. Boris Johnson has created 52 new peers since he became prime minister. The entreaties of Fowler, a well-liked Conservative veteran of Thatcher’s government, fell on deaf ears, so how does McFall — a Labour politician by training — expect to succeed with a Tory government?

The wider question of Lords reform to bring about a mostly or wholly elected chamber is, McFall maintains, a matter for government, as is the continued survival of hereditary peers, one of the most glaring anachronisms of the current setup. He says it’s not for him to criticize individuals but to promote a “working House”. He envisages changes to the Lords appointment process so that it would examine nominees’ suitability as well as their propriety, while whips have their part to play in ensuring participants are “firing on all cylinders”.

The list of agenda items for him to raise with the prime minister does not end there. Restoration of the crumbling Palace of Westminster has stalled for years as the government, and particularly Jacob Rees-Mogg, leader of the Commons, look suspiciously at the prospect of relocating while essential works are carried out.

A recent review of the “decant” — as wholesale relocation is called — confirmed it is the most cost-effective way forward, but Rees-Mogg sought to pour cold water on its findings. McFall has little sympathy with this point of view, arguing that it is the only practical way to do it.

“We’ve been looking at it for years and years going back to 2012. Let’s get on with this, for goodness’ sake,” he said.