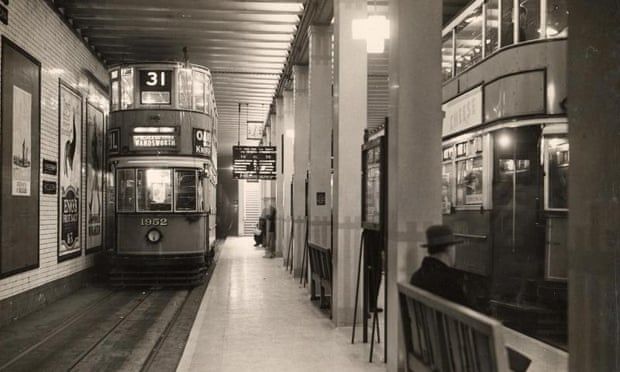 A hidden underground tram station in the centre of London that stood in as the Avengers HQ on the big screen is to open to the public for the first time since its closure almost 70 years ago.

People will be able to tour the platforms and halls of the Kingsway station, which allowed passengers on doubledecker trams to interchange between the once-comprehensive networks north and south of the Thames. which closed after the second world war.

For many Londoners, the purpose of the ramp in the middle of Southampton Row at the intersection of Theobalds Road that leads down into the gloom has long been a mystery. It was the location for the Avengers’ base in the 1998 film starring Uma Thurman and Ralph Fiennes, but few know it was the fulcrum of the capital’s electrified tram network that was overtaken after the war by the speed and efficiency of the London underground. It was built by London county council and opened in 1906 as part of slum clearance in the Holborn and Aldwych areas.

“There are glimpses of the old glamour that still shine through,” said Siddy Holloway, the engagement manager at the London Transport Museum, which is organising the trips. “It closed in 1952 and has not been seen by the public ever since.”

She said the tram network had developed a reputation by the 1920s and 30s as rickety, uncomfortable and slow in contrast to the tube.

“They did a push to make it more glamorous and comfortable,” she said. “There were saloon cars that were more expensive. They did try to spice it up a bit but there was a perception among Londoners that trams were not very good.” 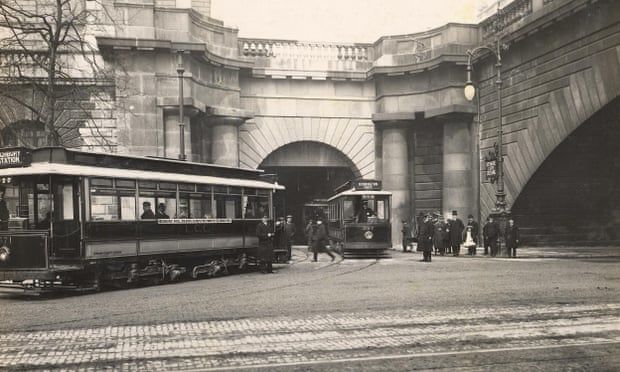 The Embankment entrance to the Kingsway tram subway in 1908.

Over the past 69 years part of the once cutting-edge underground tram interchange was given over to a road tunnel and some of the remaining platforms have been used by Camden council for storage for old street signs and surplus bins.

Extensive new tram networks now operate in Croydon in south London and there have been proposals, not followed through, to run trams through Oxford Street in central London. Other UK towns and cities have embraced trams more vigorously with millions of passengers a year using them in Manchester, Edinburgh, Sheffield, Birmingham and Wolverhampton.