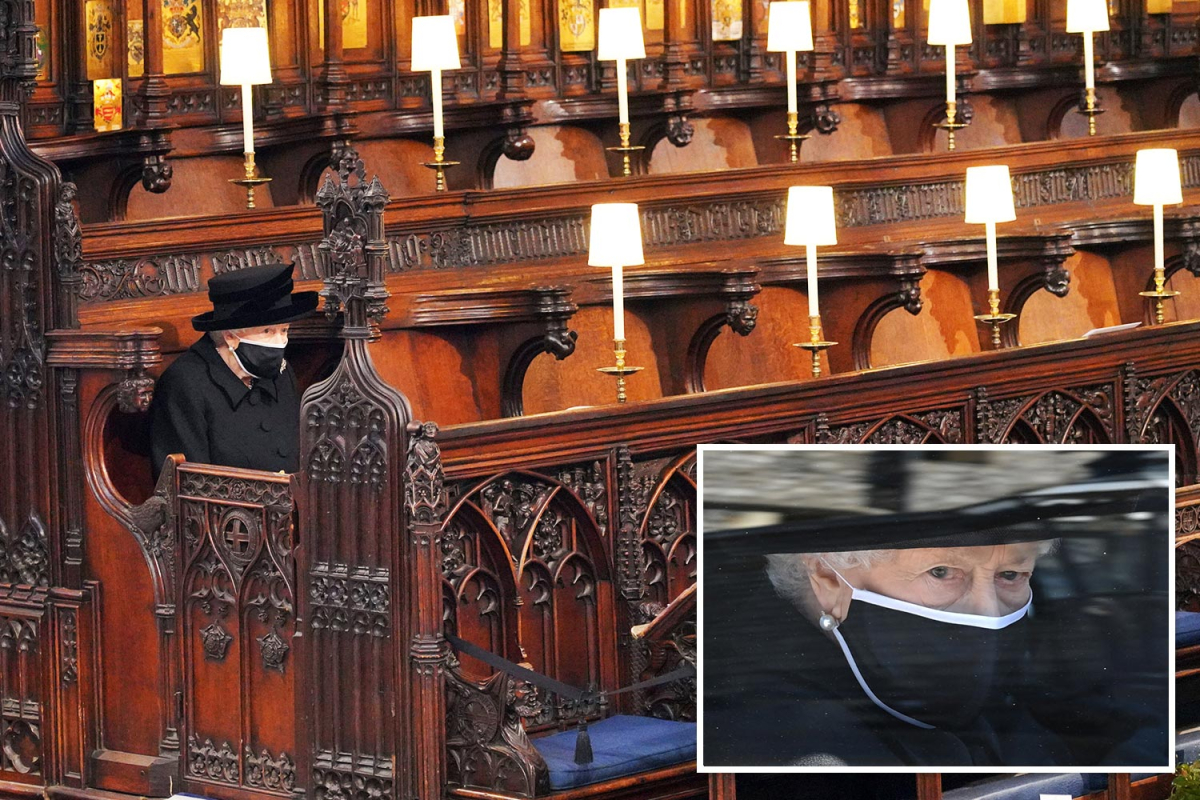 CALLS to ease social distancing at funerals were growing last night after images of the Queen grieving alone broke the nation’s heart.

Covid restrictions meant the monarch, 95 this week, could not be comforted inside St George’s Chapel at Windsor as she paid a final farewell to Prince Philip. 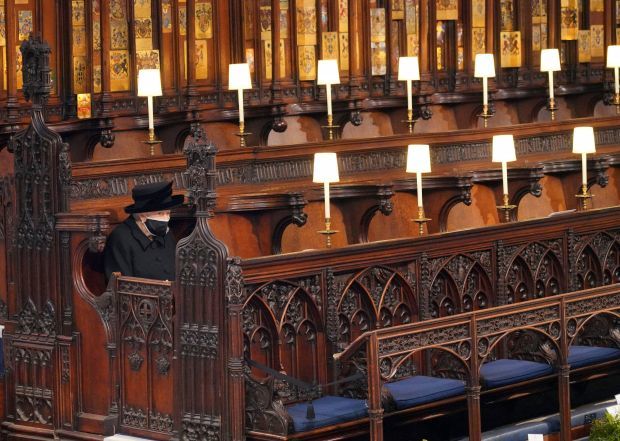 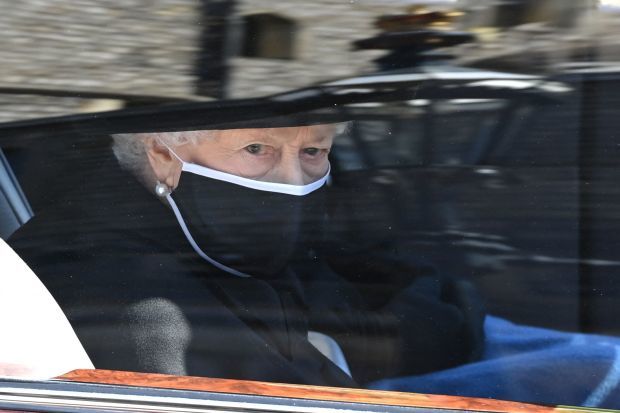 Similar heart-breaking scenes have been witnessed at funerals across the country.

Yet, in contrast, some streets were packed with drinkers — and fans began returning to sports events.

No one felt more sympathy for the Queen than Craig Bicknell, 43, who had been unable to bear the sight of his mum breaking down at his dad’s funeral.

He had instinctively pulled up a chair to comfort sobbing Barbara, 71, only to be told by a worker at Crownhill crematorium, Milton Keynes: “Sorry, you have to put the chairs back I’m afraid.”

Craig was deluged with support after posting footage online.

Having watched the Queen’s ordeal on Saturday, he said: “It brought back a lot of feelings. 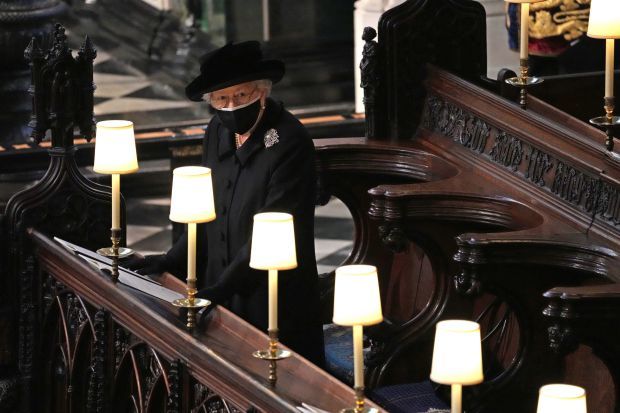 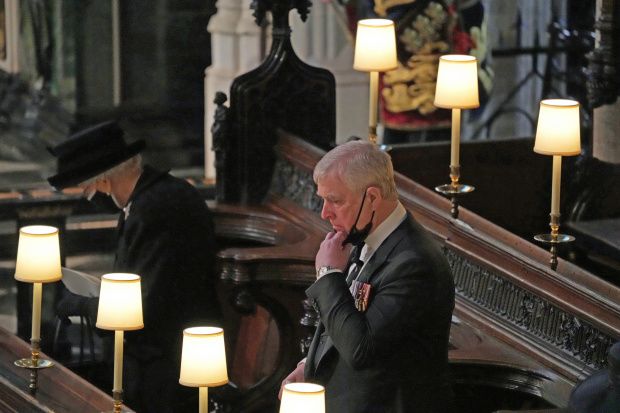 Prince Andrew sat closest to the Queen, but the pair remained socially distanced 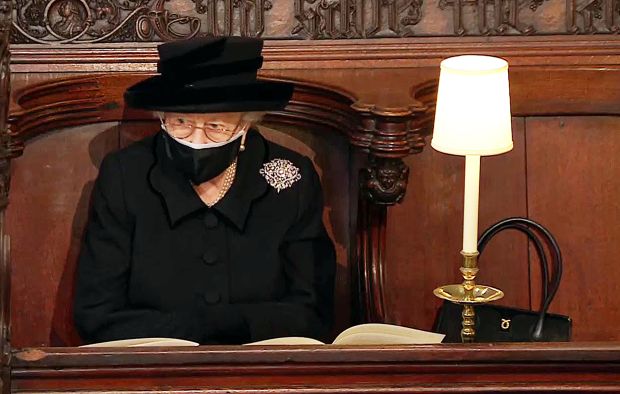 Similar heartbreaking scenes have been witnessed at funerals across the country

“If I had been there, I would have gone to her. I would have comforted her in a heartbeat — even with the rules as they are.”

He added: “I lost my best friend and then also my dad during Covid, so I’ve experienced two Covid funerals. I don’t get why these rules are in place.

“We have vaccines and we have rapid tests, so why not make people do a test?

“Thirty people at a funeral, but I can go to the snooker or a cup semi-final. How does that work?

“The Queen is a human being. For her to go through that is tough.

“The Government needs to let people go to funerals and sit with each other.

“We can do other things. It doesn’t make any sense.”

Craig’s mum, Barbara, said: “I just needed a hug from my sons — a bit of comfort during such a difficult time.

“But it was denied. It’s a ridiculous Covid rule.”

He said: “It is time to end the Covid restrictions on funerals.

“There is no question that they compound the pain suffered by those who lose loved ones. 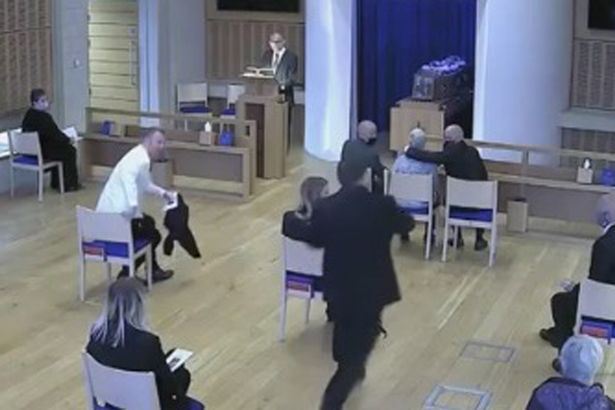 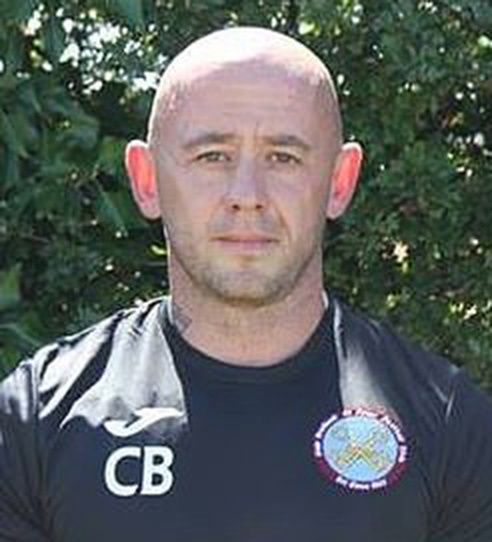 Craig had instinctively pulled up a chair to comfort mum Barbara 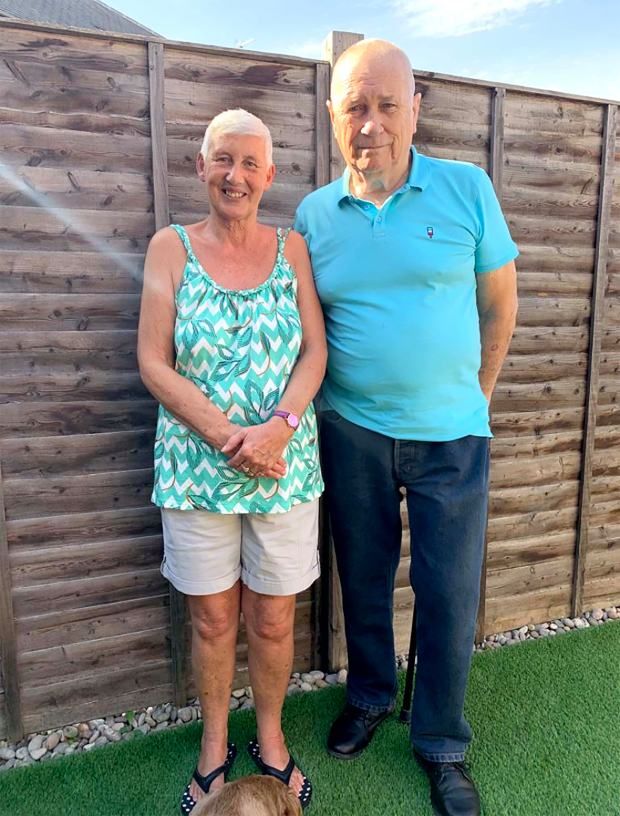 “It has been heartbreaking to witness the anguish of so many families faced with bidding final farewell to someone dear without the support needed most during moments of huge loss.

“Mourners consoling each other is central to funerals and the grieving process.

“It is an important part of the healing process after loss.

“Suffering is only deepened without it, at an already painful time.

“This was seen with stark clarity as the Queen was literally inconsolable at her husband’s funeral.

“Now that so many other aspects of life allow us to come together in greater numbers than 30 — in gyms, in shops, in beer gardens — it seems wholly unfair that mourners should still be subjected to restrictions that deepen their sorrow and suffering.”

Sam Tyrer, managing director of Co-op Funeralcare, agreed: “It’s impossible not to be moved by this enduring image of The Queen sitting alone at her husband’s funeral.

“Never before has one picture represented so powerfully what thousands of bereaved families up and down the UK have sadly experienced over the past year.”

Telly’s Kirstie Allsopp joined the calls for an urgent review.

She said: “I hope the sight of the Queen sitting alone brought home to everyone watching that the time has come to allow mourning people to judge their own risk, given the success of the vaccination rollout. 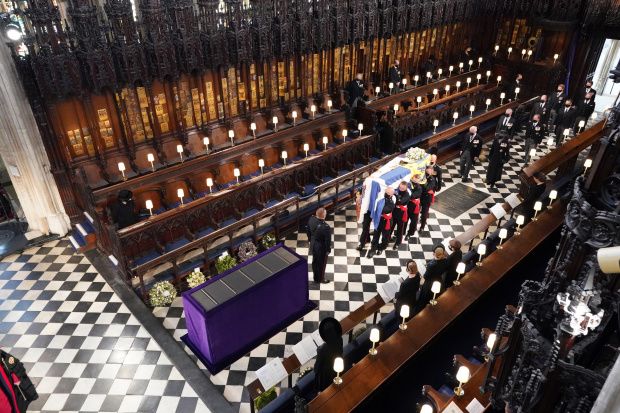 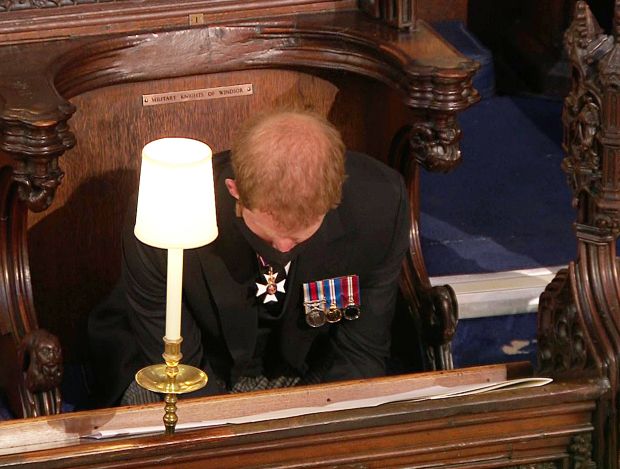 Prince Harry bowed his head in the chapel 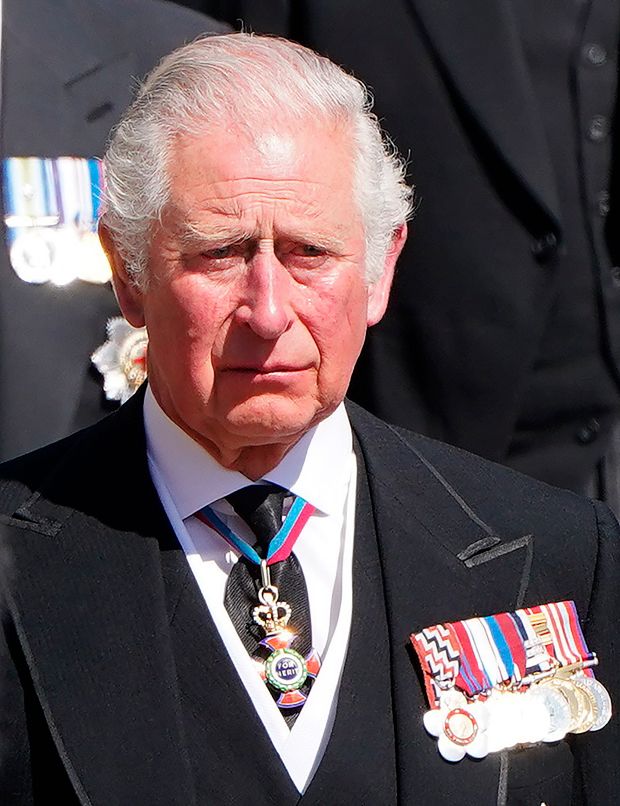 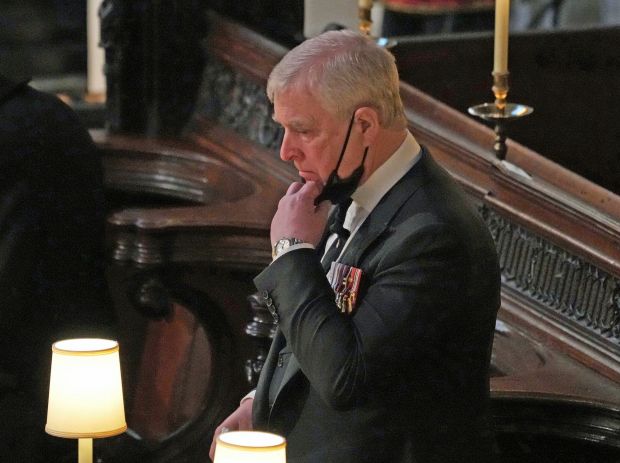 Prince Andrew looked sombre as he temporarily removed his mask

“Our Government thinks that despite many being vaccinated, and rapid tests being available, their family and friends should not comfort each other with a hug.

“I do not currently have a funeral to plan, thank God, nor do I have family in hospital or a care home, but you never know when it could happen to you.”

GMB presenter Adil Ray added: “In honour of the Duke of Edinburgh, the Covid funeral rules must be changed, surely?

“Close grieving family members must be allowed to sit next to each other if they’ve had the vaccine or been tested.”

Environmentalist Ben Goldsmith tweeted: “Feeling a rising sense of anger at the sight of the Queen made to sit socially distanced wearing a grim little mask at the funeral of her husband of 73 years.”

“But she is stoic. She does have her family around her even though she did look isolated. 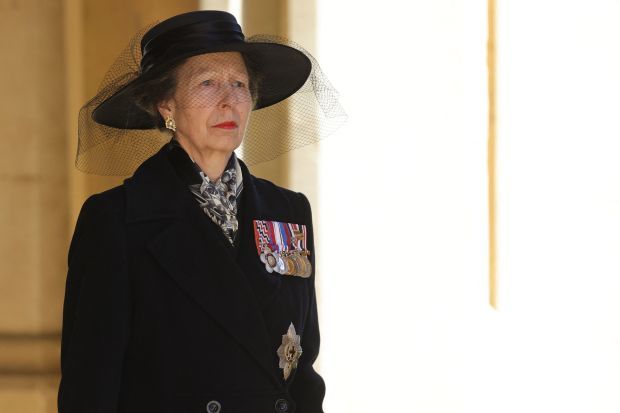 Princess Anne, who was particularly close to her father, appeared emotional 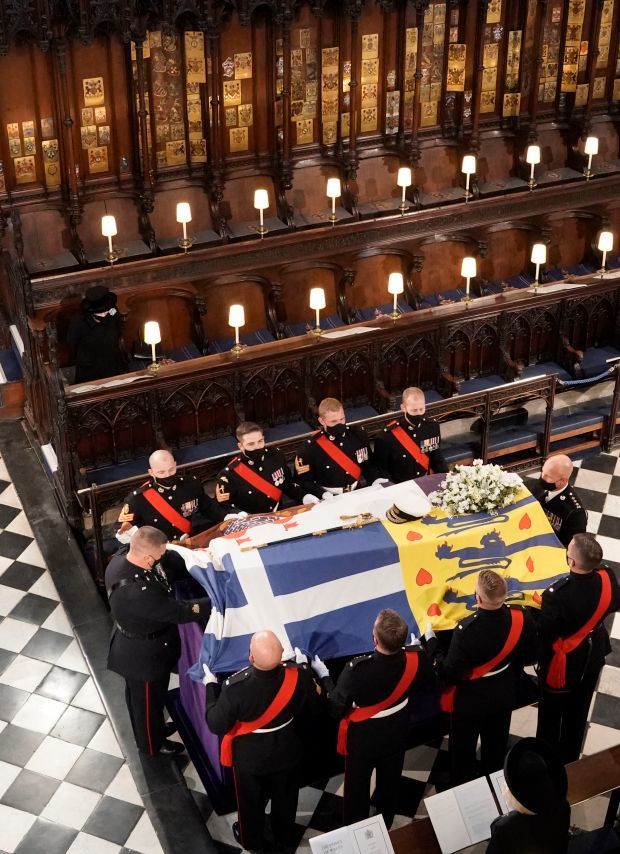 “But that’s Covid and many people have sat at funerals alone with their families just as she did.

“I think we will worry about her until we see her out and about.”

Royal author Hugo Vickers said the Queen would be sustained by her faith but also by her subjects, adding: “We’re all right behind her.” 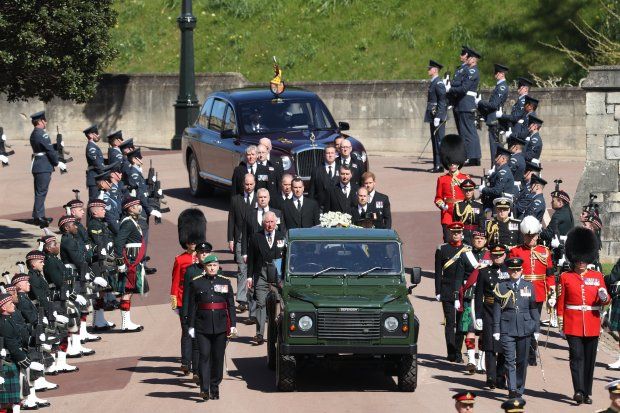 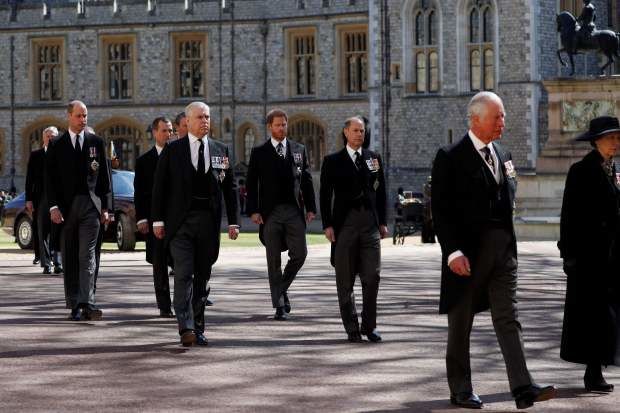 The funeral complied with Covid regulations