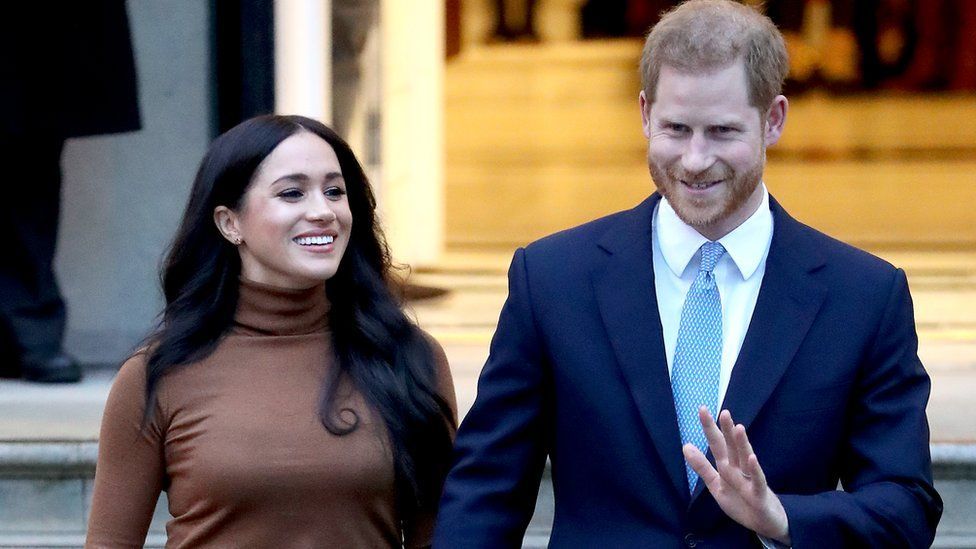 Harry and Meghan not returning as working members of Royal Family

The Duke and Duchess of Sussex will not return as working members of the Royal Family, Buckingham Palace has said.

The Queen confirmed the couple would not "continue with the responsibilities and duties that come with a life of public service".

A statement from the palace added Prince Harry and Meghan "remain much loved members of the family".

The couple said "service is universal" and offered to continue supporting the organisations they have represented.

The duke and duchess said last January they would step back as "senior" royals and work to become financially independent.

The couple, who now live in California, formally stepped down in March, with a plan to review the arrangements after 12 months.

The confirmation means Prince Harry and Meghan will return their honorary military appointments and royal patronages, which will be redistributed to working members of the Royal Family.

Under the arrangement agreed last year, the couple gave up using the HRH titles. But Harry retains the title of prince, having been born one.

Their departure follows conversations between Harry and members of the Royal Family.

A statement from Buckingham Palace said: "The Queen has written confirming that in stepping away from the work of the Royal Family it is not possible to continue with the responsibilities and duties that come with a life of public service.

"While all are saddened by their decision, the Duke and Duchess remain much loved members of the family."

A spokesman for Harry and Meghan said: "As evidenced by their work over the past year, the Duke and Duchess of Sussex remain committed to their duty and service to the UK and around the world, and have offered their continued support to the organisations they have represented regardless of official role."

They added: "We can all live a life of service. Service is universal."

This could have been a formality - the end of the review period was coming up, it's very clear what the Sussexes' direction of travel is and equally clear that the patronages and appointments can't really be held on to from California. Thanks for your service, goodbye.

But instead the duelling statements - and their bizarre timing, with the Duke of Edinburgh in hospital - look as if there is a fair amount of bitterness remaining.

The statement from the palace lays down the Queen's philosophy; as far as she is concerned the couple have left the life of public service. That's why the honorary commands and patronages have to go. You can't do half in-half out.

Not so fast, the couple shoot back. They remain, they say, "committed to duty and service" - and "service", far from being a matter of titles and roles, "is universal". There is more than a flash of anger in their words.

Like all good family arguments it blows up at a sticky moment - Harry's grandfather the Duke of Edinburgh is in hospital. So why now? One source says the story was all over the place already and would have been in the papers by the weekend. The suggestion: that one party is stampeding the other.

As to the meat of the announcement, the loss of the Captain Generalcy of the Royal Marines will sting. Harry's military life has defined him. "Don't cock it up," Prince Philip told his grandson on the day he passed on the honorary command of the Marines. To yield it up now must be a heavy blow.

Several of the duke and duchess's former patronages have thanked the couple for their support following the announcement.

The Queen's Commonwealth Trust - which was founded in 2018, with Harry and Meghan appointed president and vice-president respectively - said it was "very lucky" to have had their "keen support and encouragement" in its formative years.

"We are glad that they remain in our circle of supporters," the trust said in a statement.

The Association of Commonwealth Universities said Meghan had been "a passionate advocate for our mission to build a better world through higher education" since she took over the role of patron from the Queen in January 2019.

And the National Theatre, another of Meghan's patronages, said the duchess had "championed" its work with communities and young people across the UK to make theatre accessible to all.

Meanwhile, the Rugby Football League thanked Harry "for his time, care and commitment" in supporting the organisation at all levels - from the children's game to the England teams.

The Rugby Football Union also thanked the duke for his work as patron and vice patron, adding that it had "greatly valued his contribution to promoting and supporting the game".

However, the Invictus Games Foundation, which runs an international sporting event for injured servicemen and women, said Harry would remain a patron for the organisation.

The duke remained "fully committed" to the games, which he founded, it said in a statement.

"His military service and experience, combined with his genuine compassion and understanding for those who serve their countries, has raised awareness of wounded, injured and sick service personnel and the role they continue to play in society," the statement added.

Harry will also continue to work with veterans' charity Walking With The Wounded as its expedition patron.

Smart Works, a charity which helps women with clothes and coaching to get into work, and animal welfare charity Mayhew also said Meghan would remain a private patron.

Which roles will Harry and Meghan give back?

The Duke and Duchess of Sussex's military, Commonwealth and charitable association roles will be handed back to the Queen.

For Harry, those are:

Broadcaster and Royal Marines veteran JJ Chalmers, who is a friend of Prince Harry, said the duke's family remained "his number one priority" and suggested a desire to have "an element of control" was behind his decision to step back as a senior royal.

"So much of his life, particularly the way that it faces into the media, is out of his control... and any individual wants to try and take control of that," he told the BBC. 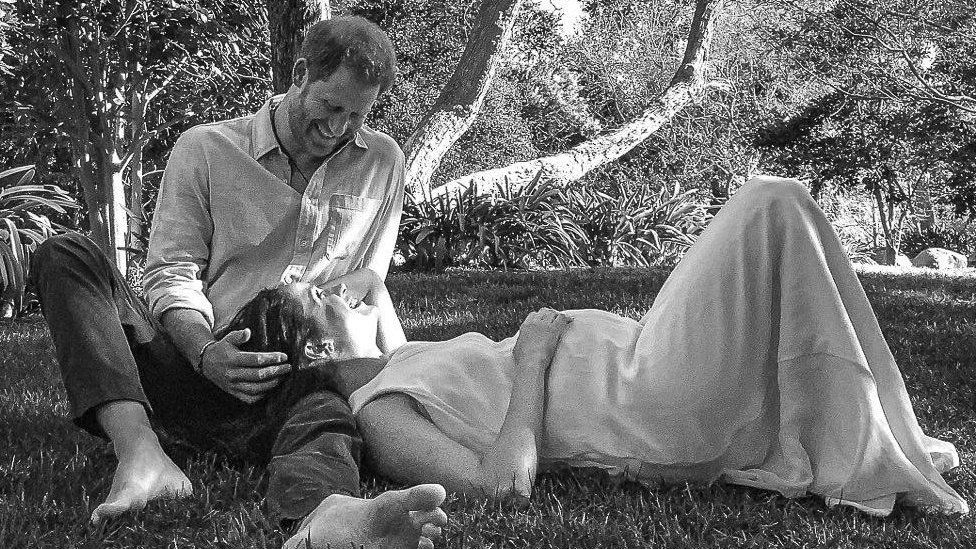 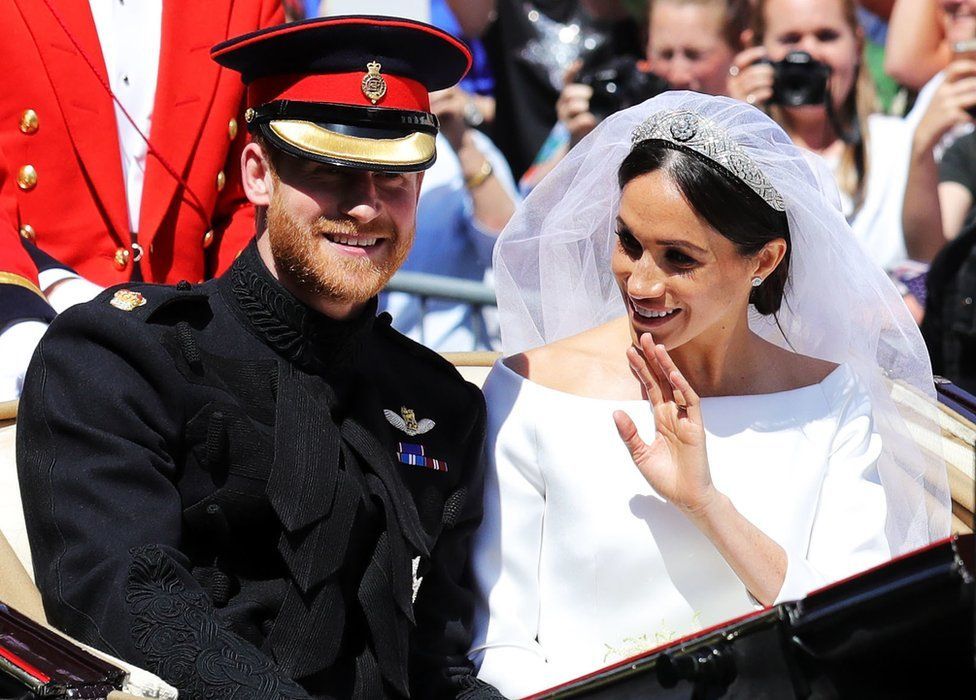 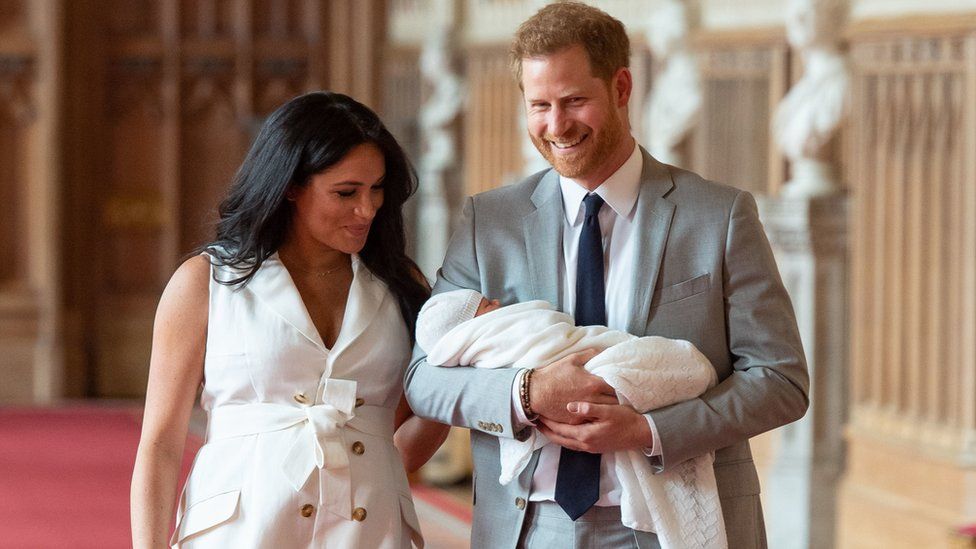 They are due to talk about their decision to step away from the monarchy in a TV interview with Oprah Winfrey next month.

Since stepping back from royal duties, they have also signed deals with streaming giants Netflix and Spotify.

The duchess recently won a High Court privacy battle against the Mail on Sunday over the publication of extracts from a letter to her father.

Earlier this month, Harry also successfully sued the publisher of the Mail on Sunday for libel, over false claims he "turned his back" on the Royal Marines after stepping down as a senior royal.