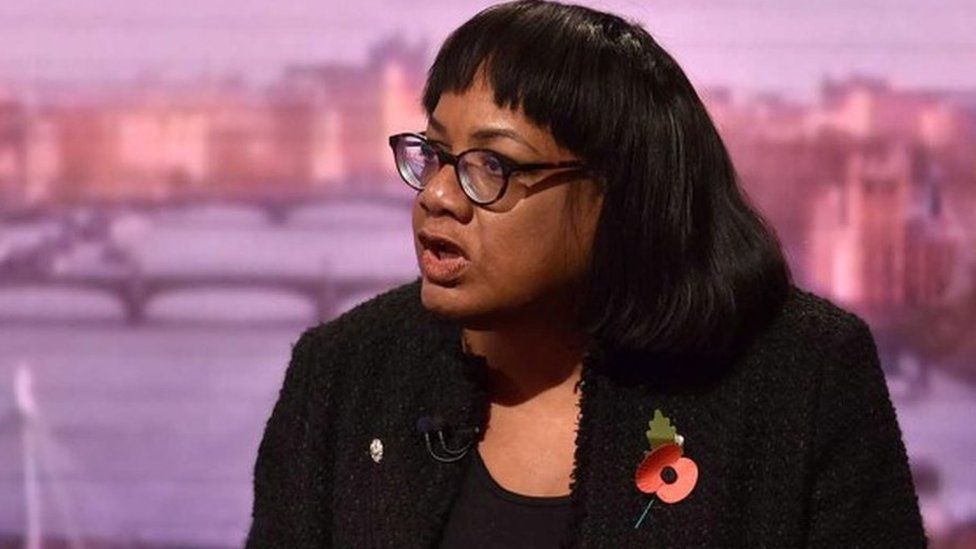 A 15-year-old black schoolgirl strip-searched by police was pulled out of an exam so the "traumatic incident" could take place, a safeguarding report says.

Teachers at her Hackney school called the Met Police after wrongly suspecting her of carrying cannabis in 2020.

The report found the search, without another adult present, was unjustified and racism "likely" a factor. Local MP Diane Abbott also said it was racist.

Scotland Yard said the search "should never have happened".

The victim - referred to as Child Q - told the Local Child Safeguarding Practice Review: "On top of preparing for the most important exams of my life, I can't go a single day without wanting to scream, shout, cry or just give up."

The victim's mother told the report that after the strip-search in 2020, her daughter had been "asked to go back into the exam" she had been sitting "without any teacher asking her about how she felt knowing what she had just gone through".

The review said the impact on Child Q had been "profound" and the repercussions "obvious and ongoing", with family members describing her as changing from a "happy-go-lucky girl to a timid recluse that hardly speaks".

The girl's maternal aunt was quoted as saying the pupil had changed from "top of the class" to "a shell of her former bubbly self", adding she was "now self-harming and requires therapy".

She added: "From the time she was pulled out of her exam to the time she returned home, she was isolated, not given food or offered water, where is the care."

Hackney North and Stoke Newington MP Diane Abbot told BBC Radio London's Eddie Nestor the strip-search had made her "feel sick as a mother" and that "racism absolutely played a part".

"The Met Police is not going into private schools and asking white girls to spread their buttock cheeks," she said.

Ms Abbott said: "Only two of those 25 under-18 searches were white, the figures tell you this is about race."

During the incident, the girl was taken to the school's medical room and strip-searched by two female Met police officers, while teachers remained outside. Her parents were not contacted.

Her intimate body parts were exposed and she was made to take off her sanitary towel, according to the review. No drugs were found.

In a written statement to the review, the girl said: "I need to know that the people who have done this to me can't do it to anyone else ever again, in fact so no-one else can do this to any other child in their care."

The report, published in this month, was conducted by City and Hackney Safeguarding Children Partnership (CHSCP) .

It said it was highly likely that "adultification bias" had been a factor, where adults perceive black children as being older than they are because they see them as more "streetwise".

The police watchdog, the Independent Office for Police Conduct (IOPC), was now investigating the Met's actions, the force confirmed.

Det Supt Dan Rutland, of the Met's Central East Command, said: "We recognise that the findings of the safeguarding review reflect this incident should never have happened."