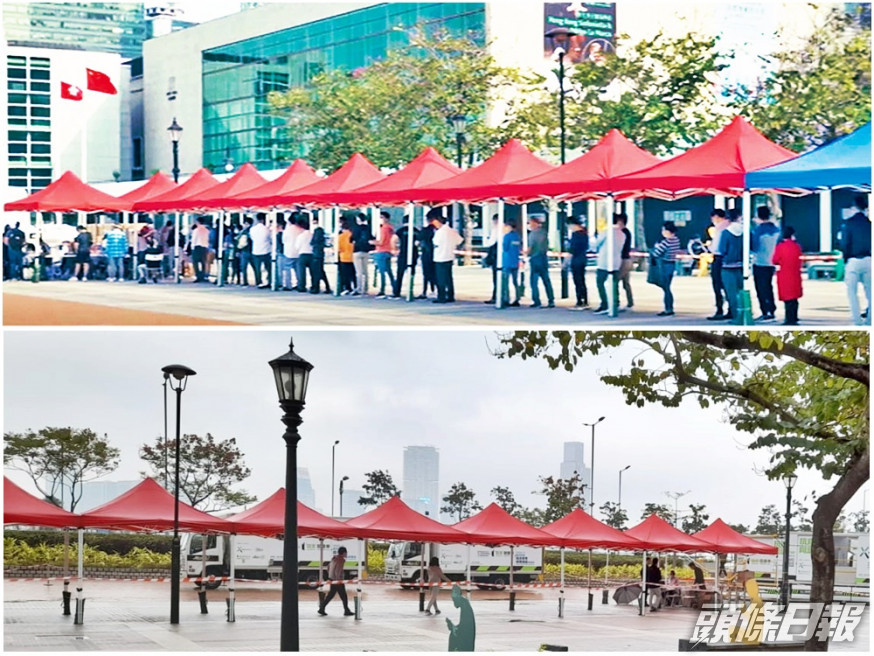 Covid infections linked to a super-spreading cluster at a gym in Sai Ying Pun have prompted residents on Hong Kong Island to undergo virus screenings.
As of yesterday, health authorities have reported 64 cases linked to an outbreak at Ursus Fitness, including a series of infections that emerged at banks, law firms and international schools, many of them are Mid-Levels residents.

On Saturday, the government imposed mandatory testing orders to 84 residential buildings and workplaces, of which many are in Central and Western districts.

Health authorities had ordered all gym employees across the city to be tested with the virus by Sunday. Another 360 deemed at risk were quarantined and some 450 others were told to go through virus scans.

In addition to compulsory testing orders on gym staffers, visitors at fitness centers are required to wear masks, a rule that previously only applied to those in exercise groups.

At a mobile testing van outside Edinburgh Place in Central, long queues were formed in the morning today as people waited to get tested. The queue, reaching 200 people at peak, extended towards outside Hong Kong General Post Office nearby.

One resident at the testing venue said she hadn’t been to Ursus Fitness, but recalled seeing an unmasked visitor in another fitness center she goes to. When staffers at the gym asked the violator to wear a mask, he responded with a poor attitude and refused to comply with the rules.
#Covid
Add Comment