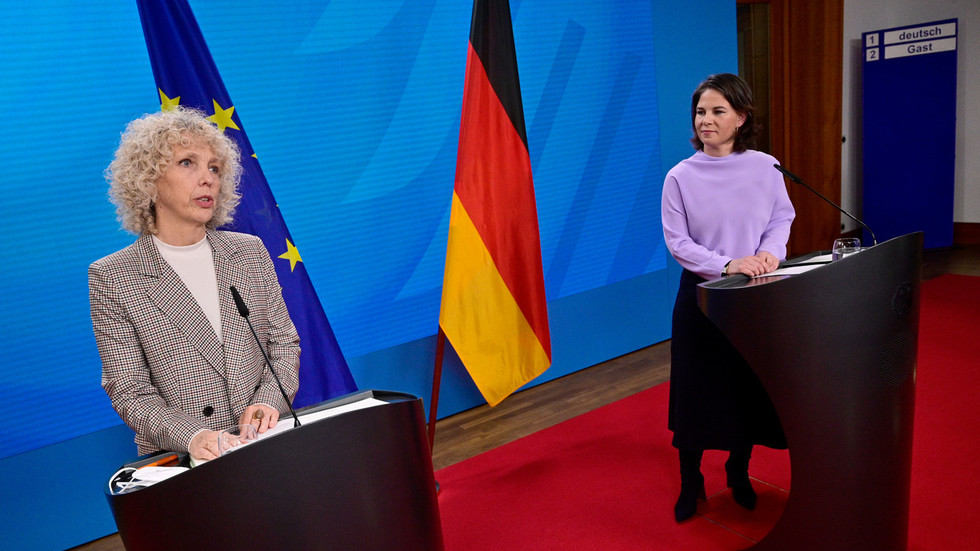 “I feel honored by the trust you put in me and I take on this important role with pleasure and determination. We are at a crossroads,” Morgan said of the appointment on Wednesday, reportedly speaking in fluent German.

The American told reporters that she would bring her years of experience in the climate movement as well as in think tanks into politics and help Germany achieve its green goals.

“The effects of the climate crisis are being felt everywhere – people and nature are suffering,” she added.

Brussels is slated to be Morgan’s first foreign trip, followed by a visit to Paris. She will take up her new role from March 1 after she relinquishes her position at Greenpeace.

“Germany has built itself a role-model image internationally with its decision to exit coal and nuclear, and its intensive investments in renewable energy and hydrogen. The energy transition is Germany’s soft power. And we will pursue this actively,” said Morgan.

Speaking alongside her, Baerbock described the appointment as a “dream,” saying it would provide a huge boost to Germany’s climate change efforts.

Germany’s traffic-light coalition – a reference to the three party colors – is pursuing an ambitious climate-change agenda, which coincides with its presidency of the G7 nations this year. They intend to roll out international climate policies including the world’s first carbon border tariff.

Both Greenpeace and Germany’s Green Party have their roots in the anti-nuclear movement of the 1970s and ’80s.
Add Comment