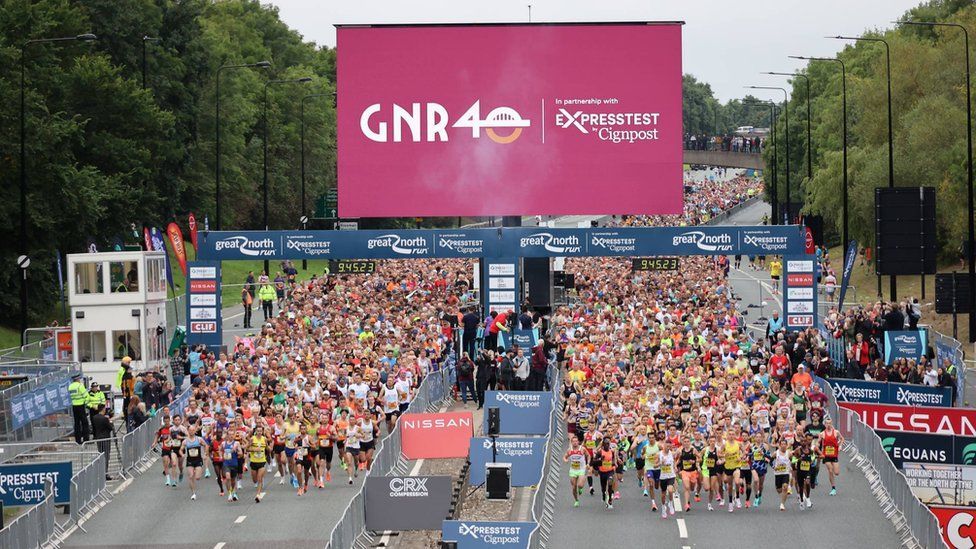 Thousands of people have taken to the streets of Tyneside for the 40th staging of the Great North Run.

Last year's event was cancelled due to the coronavirus pandemic and organisers changed the half-marathon's route this year to aid social distancing.

Participants started and finished in Newcastle rather than making their way to South Shields.

About 57,000 people were registered to take part - raising millions of pounds for charity, The Great North Run Company said.

The new route saw runners cross the Tyne Bridge twice and make their way through Newcastle city centre before finishing on the Great North Road.

"Looking down the road and seeing all the runners, a lot of hard work has gone into making this happen.

"It was so needed just to see this step back towards people getting together, having fun and connecting." 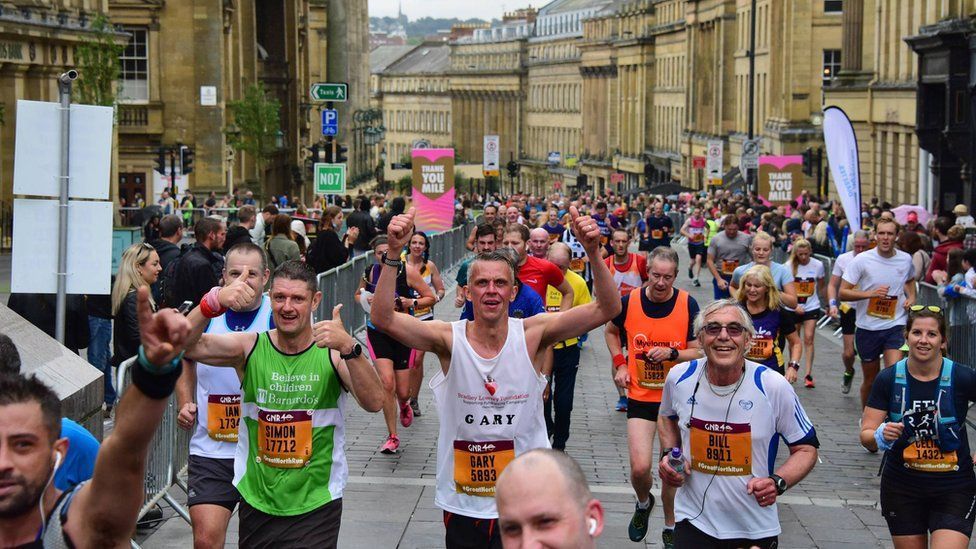 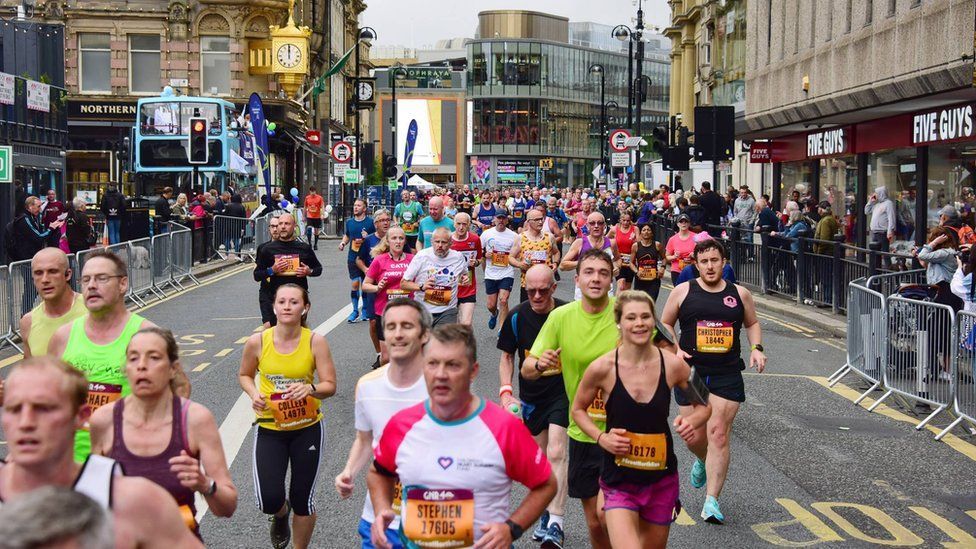 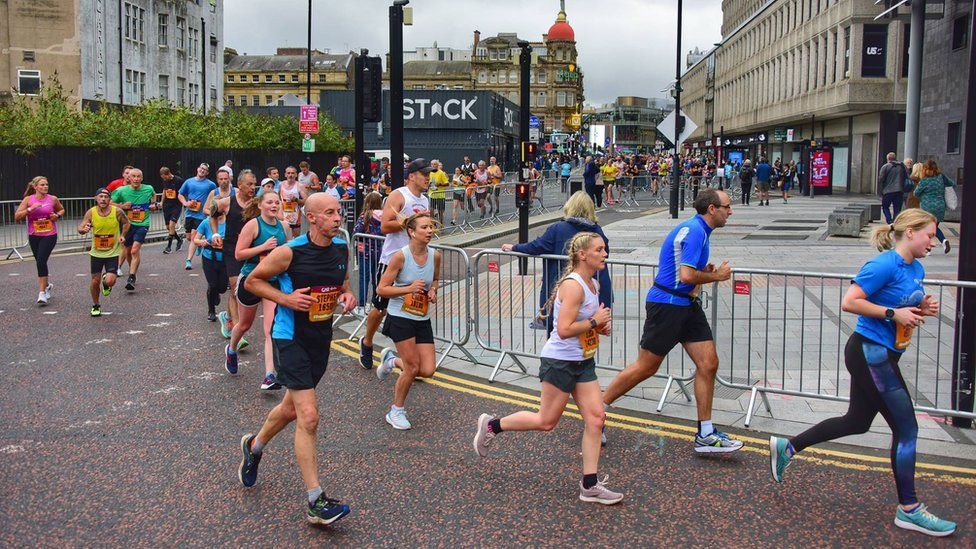 Four NHS workers were invited to start the race in recognition of the health service's efforts during the pandemic.

Speaking afterwards, occupational health worker Deborah Southworth said it had been "absolutely amazing" and a "privilege".

Jade Trewick, a nurse who also helped get the event under way, said it came after a "difficult but really rewarding" 18 months treating coronavirus patients.

Sir Brendan Foster, who helped launch the event in 1981, said it had been "a tough task" organising this year's run but it had turned into an "incredible" success.

"It's been really difficult. For the last 18 months, the whole nation and world have had awful times.

"The pandemic has separated people, but the Great North Run is all about being together.

"When the vaccine came around we started thinking maybe we can [stage it this year] so we made all kinds of contingency plans. 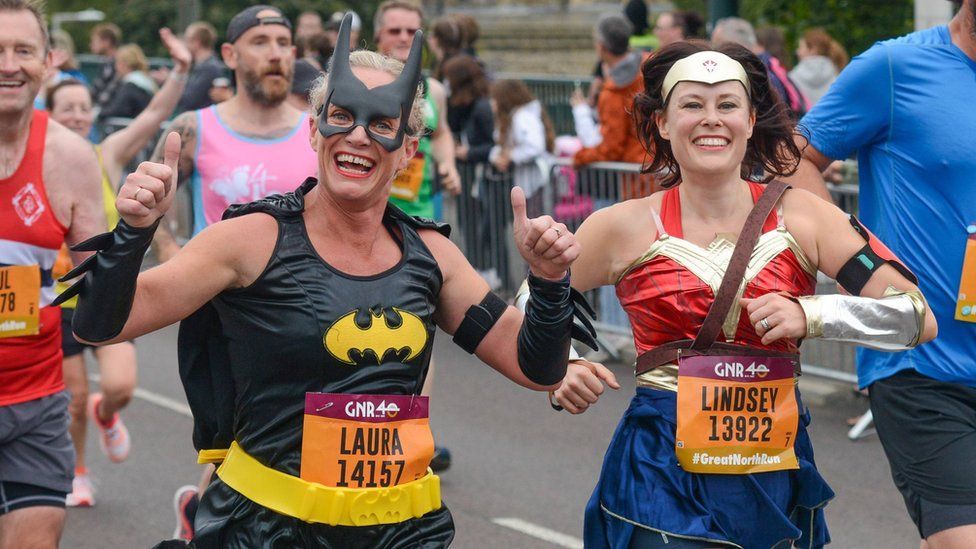 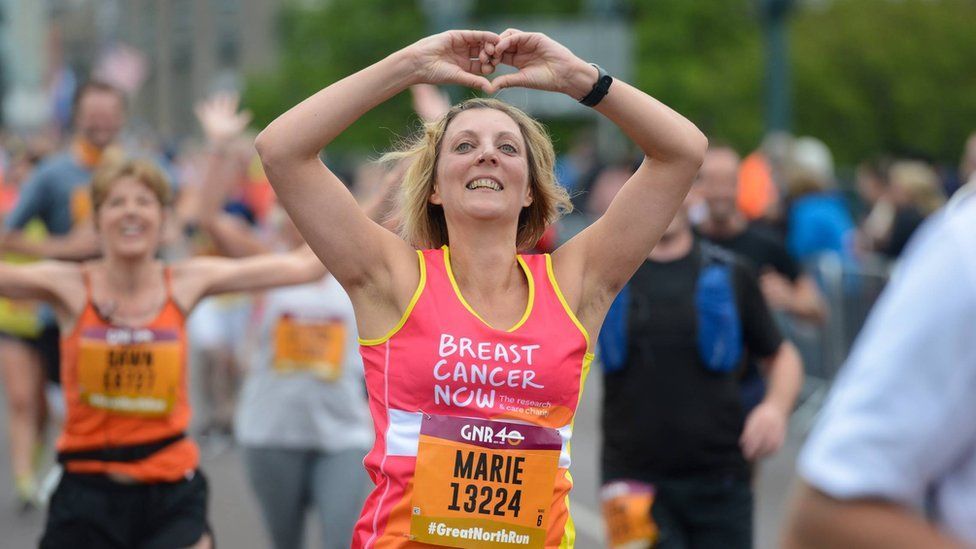 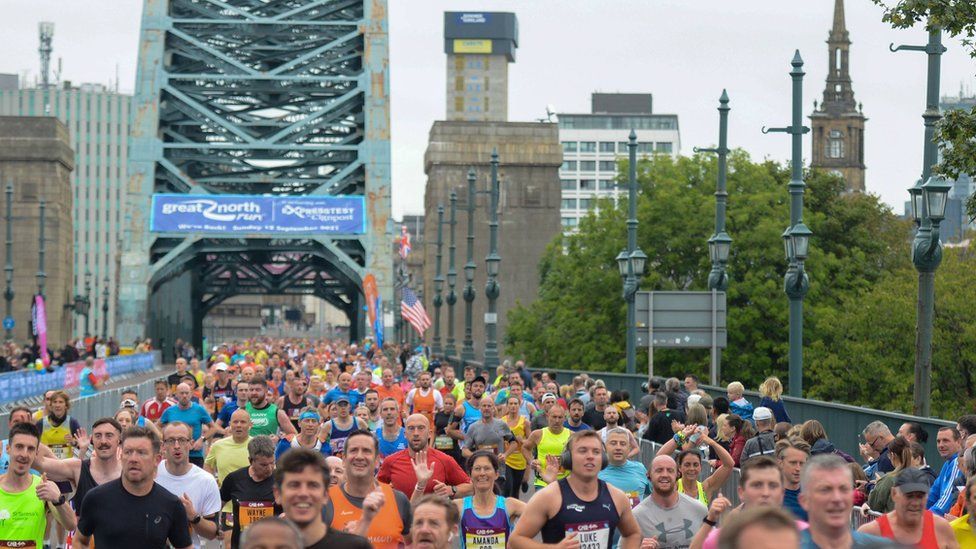 Scotland's McColgan was aiming to repeat her mum Liz's three victories at the event in the 1990s. Great Britain's Charlotte Purdue finished in third.

Marc Scott, also of Great Britain, was victorious in the men's elite race, clocking a time of 1:01:22 to finish nine seconds ahead of Kenya's Ed Cheserek.

Galen Rupp of the United States was a further 20 seconds behind in third place.

Sean Frame won the men's wheelchair race in 49:52 with fellow Briton Shelly Woods first across the finishing line in the women's event in 57:01.

The elite wheelchair and women's races began at about 09:20 BST, with the elite men and first of the staggered starts at 09:45. 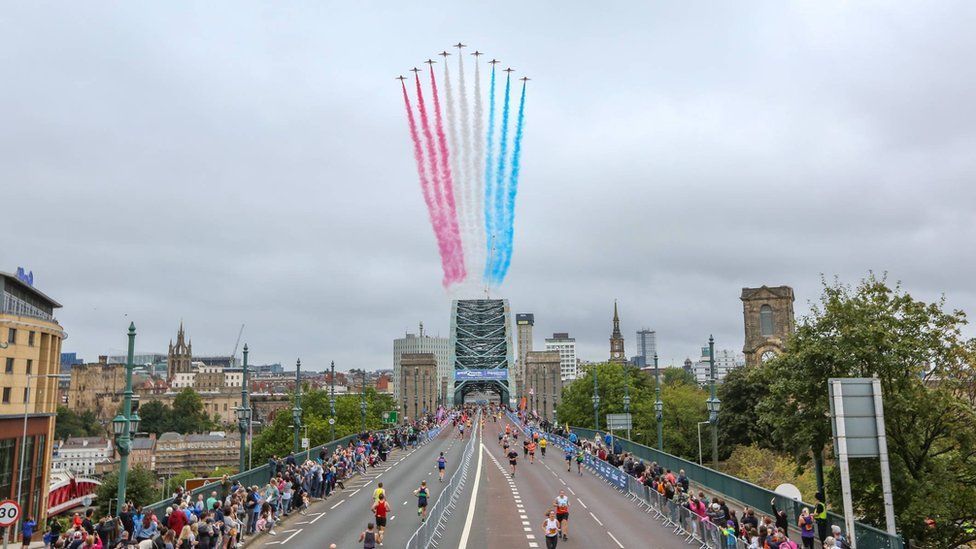 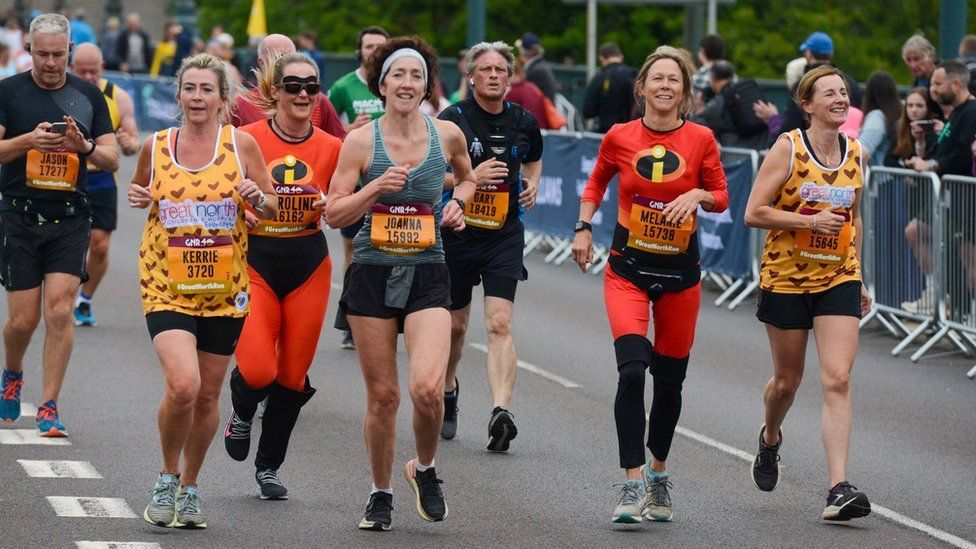 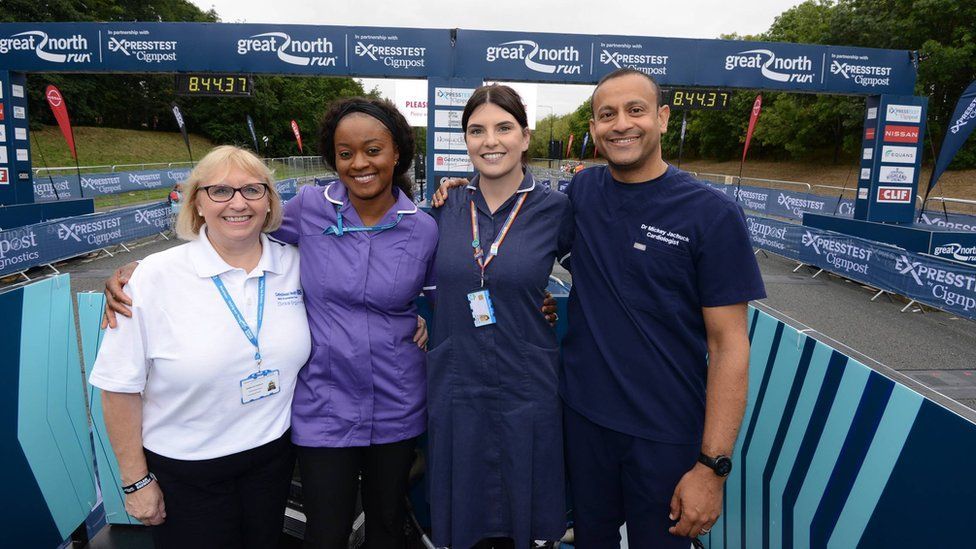